Airborne will protect armored vehicles with the help of "Lesochka"

October 8 2013
14
The creation of electronic warfare equipment - EW - today is a fairly dynamically developing area in the military-industrial complex. At the same time in the use of such systems there was a real qualitative leap. The use of radio navigation systems, radio communications and radio intelligence has become widespread. The introduction of new technologies allows you to organize the interaction of spatially scattered diverse groups of troops in order to achieve the best effect of their use. Under these conditions, the use of EW tools becomes important. Without modern means of electronic warfare it is impossible to achieve superiority over the enemy, which can be achieved by disorganizing its telecommunication and information management systems. Thus, the effective use of EW techniques and equipment significantly influences the outcome of modern combat.


In addition, EW facilities protect fighters from various radio-controlled land mines and mines. By the end of 2013, the Russian paratroopers will receive about 150 sets of Lesothok broadband mobile jamming generators, they will be transferred to the Tula and Novorossiysk formations, as well as the airborne forces special unit. These complexes are used to protect the soldiers and officers from radio-controlled explosive devices, reports RIA News with reference to the lieutenant colonel of the Airborne Forces Evgenia Meshkov. The EW Lesochek kits will be installed on automotive and armored vehicles of Russian paratroopers. The new EW equipment is notable for its increased jamming power and greater range of suppression. In January, 2013, the information appeared that the airborne unit received the first 40 of such complexes.

“EW systems installed on armored vehicles and automobiles will allow elite military personnel to no longer fear various radio-controlled explosive devices in areas where combat missions are performed,” a representative of the Russian Defense Ministry told reporters. At the same time, such technical characteristics of the Lesochek complex are not published. It is reported that it has a wider working range in 3 times, often, compared to the electronic suppression complexes that are used today in the military. In addition, the "Lesochka" was implemented a new technology to create interference, while the complex can be used not only to protect military vehicles, but also to protect individual soldiers, it can be carried with them in a backpack. 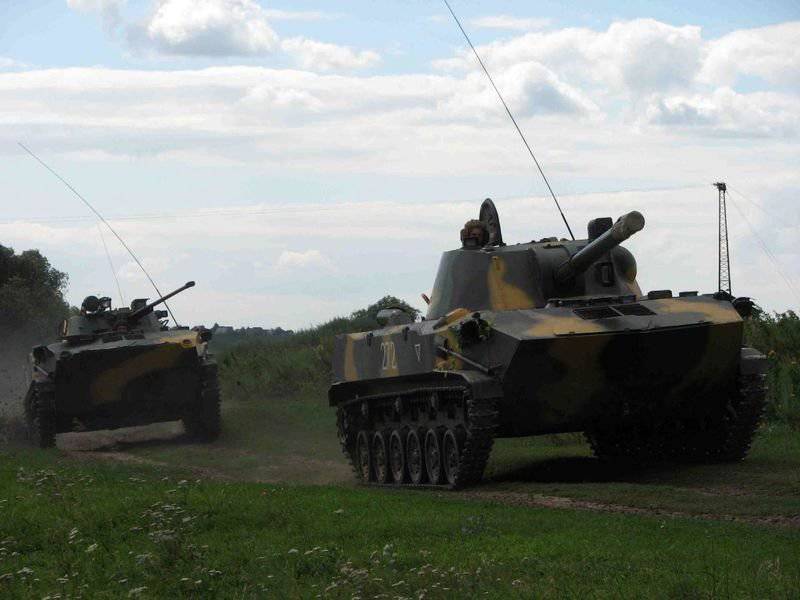 The Lesochek complex is a small-sized interference generator that effectively protects military personnel both on the move and while stationary. The EW Lesochek complex without any problems can be installed on a car, armored vehicles, and also placed in a backpack or carrying case for free carrying. In addition to this complex in the summer of 2012, Russian paratroopers also received new MECTK-1A electronic judging systems Judoka and Infauna. The complex "Infauna" is designed to protect personnel and military equipment from radio-controlled mine explosive devices and small weapons close combat, as well as the effective suppression of enemy radio communications.

The complex “Judoka” is a mobile automated solution for conducting radio, radio engineering and special monitoring of the effectiveness of information protection, as well as the assessment of the electromagnetic environment. This complex can easily determine the location and measure the parameters of the anti-ballistic missile defense (ABM) of the enemy, his electronic devices, as well as find and block technical channels for leakage of important information at military sites. In total, up to 2020, the Russian budget plans to allocate 2,6 trillion to re-equip units of the Ground Forces and Airborne Forces with new equipment. rubles. Part of this amount will go to the acquisition of modern EW systems.

One of the leading Russian enterprises working in the field of development of such complexes is Concern Constellation. The nomenclature of EW complexes, systems and facilities, which were created in the Voronezh concern in the last 5 years, covers all the main directions of this subject. In total, the company developed more than 10 new types of EW equipment, some of which are not inferior to foreign analogues in terms of their technical characteristics, and some simply do not have such analogues. 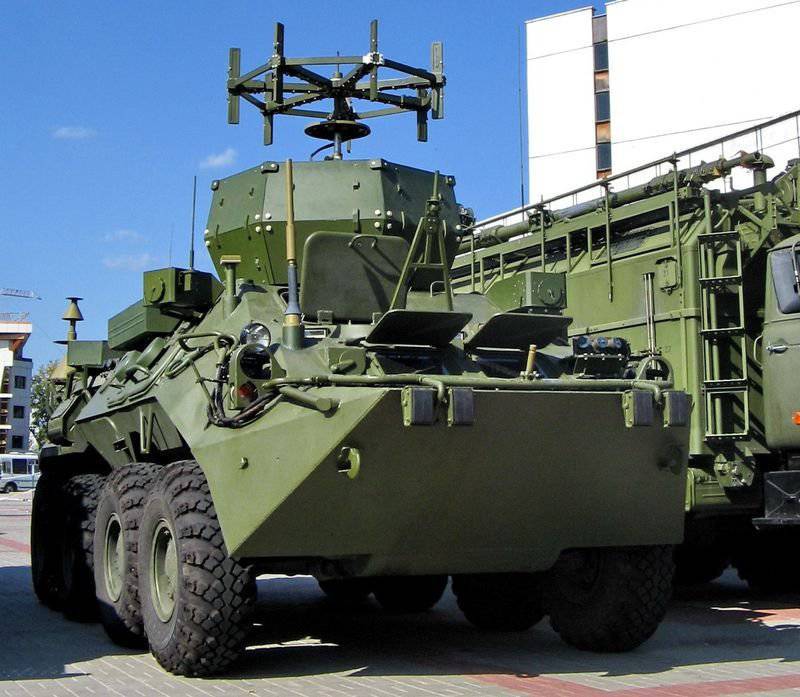 Complex EW "Infauna"
The equipment developed by the concern includes systems and special means of effective real-time impact on the infocommunication and electronic control systems of the enemy. Today, the concern Sozvezdiye effectively and equally develops the technologies for developing all the basic elements of electronic warfare systems and systems — generating and emitting interference, radio intelligence, control and communication, as well as software. From the creation of separate funds, the concern gradually moved to the development of multi-purpose EW complexes that are able to solve a very wide range of tasks in dealing with various enemy control systems.

Currently, the concern also supplies Infauna multifunctional electronic systems to the Russian Armed Forces. This is a new, modern complex, which allows you to organize group protection against the destruction of radio-controlled mine-explosive devices, as well as against targeted fire melee weapons. In terms of tactical and technical parameters and a set of implemented functions, according to the capabilities of a comprehensive solution for protecting personnel and combat equipment, Infauna today has no foreign analogues.

Special attention concern "Constellation" devotes to the development and improvement of means of protection of personnel of the Russian army and
vehicle armored vehicles from destruction by radio-controlled mine-explosive devices. This is a very important issue for the Russian armed forces. One of the instruments created in this direction is the Lesothok small-sized transmitter of interference. The tactical and technical characteristics of this complex make it possible to effectively use it also on the railway to protect the trains. Complexes "Infauna" and "Lesochek" today are of current use not only in the army, but also during counter-terrorist operations. 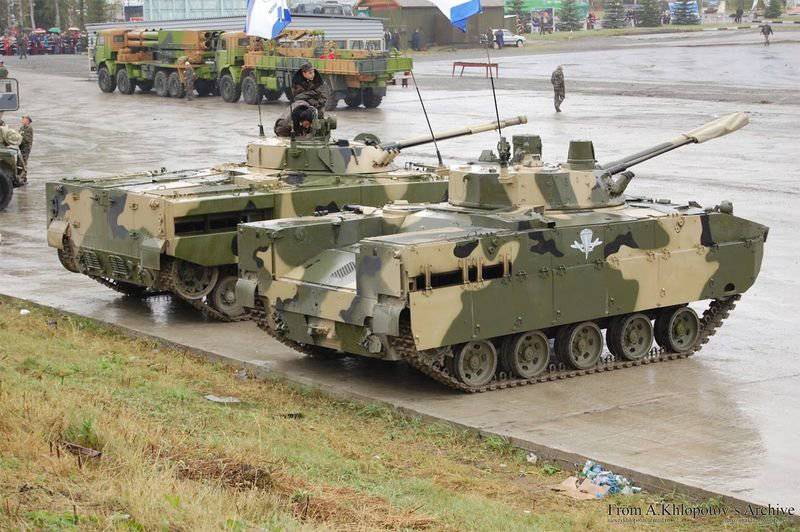 At the same time, the “Constellation” concern is well aware of the fact that without training the personnel of the calculations it is impossible to effectively use complex equipment and technical devices. It was for this purpose that the Magny-REB universal computer simulator was developed for the development of new types of equipment by personnel of EW units. This simulator allows combat crews to acquire the necessary skills to work on all types of EW equipment, providing a training process, ranging from the unit commander to the station operator. At the same time, the learning process, working out the coherence of actions is realized in the mode of imitation of various radio-electronic conditions.

Currently, Constellation is conducting research, including analyzing the experience of all recent major and minor military conflicts, tactics and strategies for the use of EW tools. At the same time, the engineers of the concern work closely with the military, so specialists can quickly comprehend the essence of the problems and respond to the new needs of Russian security forces.