"Katyusha" - a weapon of victory 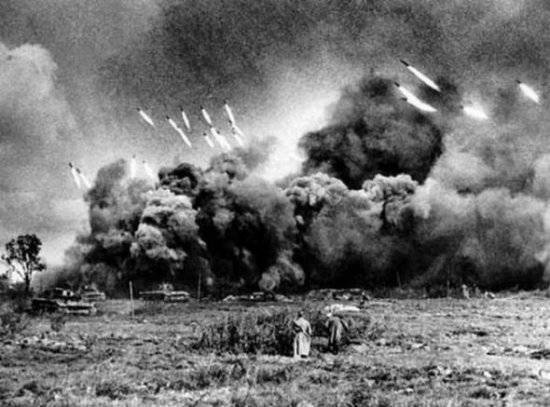 The first appearance in the Great Patriotic War of BM-13 rocket launchers, later nicknamed "Katyushas", was a big surprise for the Germans. The troops of Hitlerite Germany that broke into the Soviet Union received many unexpected and unpleasant surprises. The first was the staunch resistance of Soviet soldiers. Nobody denies that in the first weeks of the war hundreds of thousands of our soldiers and officers were taken prisoner. But, and who will deny, for example, the stubborn resistance of the border outposts. Hitler gave only 30 minutes to destroy them - and they fought for several days, weeks, and the Brest Fortress resisted for a whole month, chaining one of the Nazi divisions to itself. A new surprise was the appearance before the Germans tanks  T-34 and KV. None of the German command expected that in bastard Russia they would be able to build such advanced scientific and technical samples that they were capable of. military equipment that time. The next unpleasant surprise awaited the Nazis in mid-July 1941.

Having received a telegram from the Supreme Commander-in-Chief, ordering to test the Eres battery, General A. Eremenko was at a loss, which then grew into violent delight. The “work” of this battery was worth seeing. On July 14, 1941 at 15 hours 15 minutes she fired at the Orsha railway junction. 112 missiles, which had come off the guides a few seconds before, bore "hello" to the "friendly" enemy troops who had accumulated at the station. A fiery tornado raged on the railroad tracks, which were jammed with German trains. Artillery and aviation the Germans immediately directed their fire at the battery position area. However, the Katyushas were already far away.

The next day, a battery of RS (rockets) under the command of Captain Flerov made a quick rush to the city of Rudnya, where the bloodshed Soviet units defended. Knowing this, the German command decided that a small vanguard was enough to overcome their resistance. The main forces were built in marching columns with the aim of bringing them to the main line between Smolensk and Yartsevo. It was on these columns that Captain Flerov's artillerymen continued to "train". 336 heavy shells were fired at them. The Germans, after such a blow, took out their dead and wounded for two days. 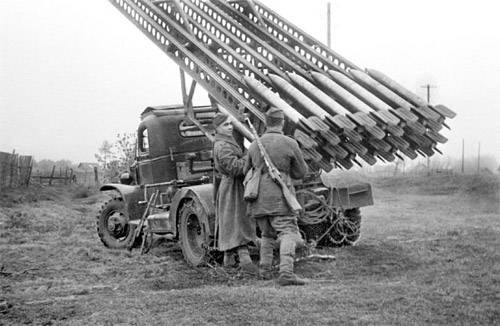 Already at the end of July 1941, two more RS batteries were delivered to the Western Front, and during the month of August and the second half of September five more batteries were delivered. And not only General Eremenko was delighted watching the "work" of the new weapons... The sudden appearance and deafening power of the barrage of fire demoralized the enemy troops. Katyusha strikes sometimes “softened” the German defenses to such an extent that the Soviet infantry did not meet any resistance during the subsequent attack. There are known cases when the Nazis, distraught from the experience, fled in the direction of the location of the Soviet troops. In their every evening prayer, German soldiers prayed to God to save them from the Katyusha strikes. The action of rocket artillery was also highly appreciated by General of the Army G.K. Zhukov, the future great commander, Colonel-General of Artillery N. Voronov, and Major General of Artillery I. Kamera.

In addition to trucks, Katyushas were also equipped water transport - armored boats and specialized vessels to support the amphibious assault. Such installations, already designed for launching heavier, 82-mm shells, were installed on the armored boats of the Volzhskaya flotilla, which at one time played a major role during the Battle of Stalingrad.

The military industry of the Soviet Union continued to increase the production of Katyushas throughout the war. If in August 1941, according to the directive of the German command, it was required to immediately report on the appearance of rocket launchers, then in April 1945 it was already simply unthinkable to fulfill it. By the beginning of the battle for Berlin, the Red Army already possessed 40 separate divisions, 105 regiments, 40 brigades and 7 divisions of rocket artillery. During the storming of the German capital, they fired from all directions. The Germans could not oppose anything to this weapon.