October 8 2013
115
The House of Representatives of the Supreme Assembly of the Republic of Tajikistan ratified the agreement with the Russian Federation on the duration of the stay of the Russian 201 base in the territory of the state. Regarding the substantial delay in the ratification of the agreement, the Tajik parliament published a number of materials on the Military Review. The material was also published that the ratification could take place on the eve of the presidential elections in Tajikistan, where the current head of Emomali Rahmon is again considered the favorite. 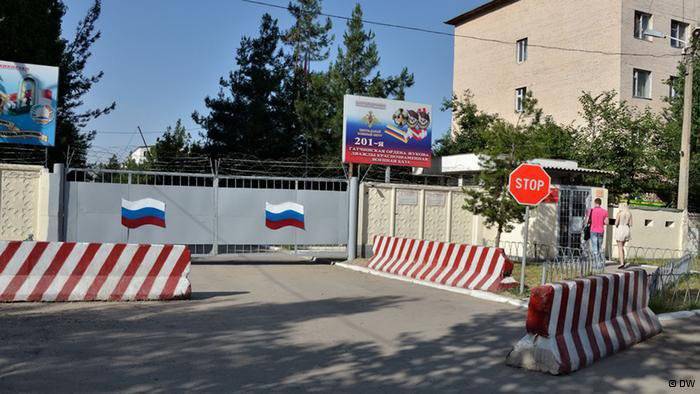 In principle, the Tajik parliament really did everything in order to delay ratification closer to the presidential elections, which in the republic will have to pass on November 6. The voting results in the House of Representatives are quite predictable: almost 97% of deputies were in favor of ratification.

Before the deputies' voting, the head of the Tajik defense department, Sherali Khayrulloyev, “warmed up”, speaking about partnership with Russia and building a joint security system. The Minister of Defense said, it would seem, obvious things, in connection with which another question from the series arises: what prevented Khayrulloev and Tajik parliamentarians from taking up the document earlier, especially considering that the Russian deputies ratified the agreement back in May.

In principle, it is not so difficult to answer this question. What prevented, what prevented ... Yes, simply, apparently, every parliament is trying to ratify something important under a certain date. The Russian parliamentarians tried to celebrate the anniversary of the inauguration of May, but the Tajik people wanted to coincide with their “red” calendar day for the presidential elections, or, as they say in Tajikistan, for the elections of President Rakhmon ...

Of course, the agreement that the Russian military base will remain in Tajikistan, at least until 2042, will cost a fair fee. To be honest, expecting gifts today is not necessary at all from any country in the world, it is also strange to expect them from Tajikistan, and therefore “alaverdy” from Russia was meant a priori. Let us understand what the volumes of this “alaverdi” for official Dushanbe were prepared by official Moscow. Over the 30 years of the Russian base, Russia was “asked” to modernize the Tajik army (supply weapons, conduct appropriate training of military personnel), supply Russian oil free of duty to a certain limit (beyond the limit the duty will act), as well as resolve the issue of Tajik guest workers.

Well, if the issues of modernizing the Tajik army and supplying oil without duties to the few in Russia are puzzling, then the migration issue arises extremely sharply. And the “solution” to this issue is that from now on Tajik immigrants, unlike all other citizens of the CIS, will be able to get a permit for three years work in Russia (other citizens of the CIS countries have the right to work for a year in the Russian Federation, then the permission must be renewed in the relevant authorities).

The speaker of the Russian State Duma Sergey Naryshkin, who arrived in Dushanbe on Monday with the head of the Federal Migration Service of Russia Konstantin Romodanovsky and the head of Rossotrudnichestvo Konstantin Kosachev, confirmed that Tajik citizens will be able to work in Russia for three years. However, the same Naryshkin noted that full equality of labor rights can be realized only in the space of the Eurasian Union, the creation of which is based on the Union of the Customs, of which Tajikistan is not yet a member.

Naryshkin and his colleagues on the delegation held a series of meetings at which the most active issues of discussion were labor migration in Tajikistan. At the same time, the State Duma Speaker said that he was concerned about the issue of increasing the number of those migrants who fall into the risk group. The Russian delegation discussed this situation with deputies of the Supreme Assembly of Tajikistan.

For Tajikistan, the question of finding their labor migrants in Russia is no less important than for Russia. If Russians are frightened by the increase in the number of guest workers in the country and the authorities' focus on keeping their doors open in their attitude, then the Tajik authorities are concerned about any hypothetical barriers that Russia can put up as citizens of the RT. The fact is that over a third of Tajikistan’s GDP is made up of precisely the cash receipts of citizens working in Russia. At the same time, official Dushanbe, to all appearances, cares little about how hard (legal or not) this money was received - the main thing is that their substantial part in the form of transfers comes to the republic. If Russia will put up at least some barrier here, then Tajikistan, sorry for straightforwardness, will simply cease to exist as a state, if, of course, others do not “help what they can.”

In general, the Russian base will continue its stay on Tajik territory, so to speak, in exchange for immigrant allowances, duty-free oil supplies and assistance in modernizing the republic’s Armed Forces. Big or small price? Well, here is how to look ... You could, of course, put pressure on Rakhmon, as stated in the famous film, making an offer that he could not refuse, but the Russian government chose a different way - the softest way. And the path of power, they are often inscrutable ...

But there are political forces in Tajikistan, which are unhappy with such generous payment for the military base from Russia ... Oynihol Bobonazarov, who goes to the presidential election from the so-called reforming forces, is one of these political forces. 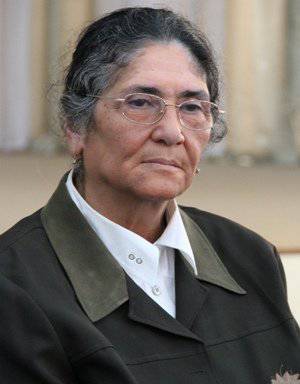 This lady (by profession “human rights activist”) declares that staying at the Russian 201 base in the Republic of Tatarstan until 2042 is too long - this is the time that people have not been asked if they want to have a foreign military base on their territory at all - two, and that she (personally Bobonazarov) is generally concerned about the migration of Tajiks to Russia - these are three ... Migration policy should be put in order, t. to. quote:

Last year, 1055 corpses were brought from Russia to Tajikistan. But the real number of deaths and death tolls is higher. Some are buried there.

Mrs. Bobonazarova! Your concern for Tajik migrants is, of course, impressive. After all, the people of Russia are also ready to take care of them indirectly: let them work at home - nobody seems to be pulling on their ears ... Well, about the "1055 corpses", so these are statistics ... If out of one and a half, or even two million Tajik guest workers in Russia 1055 died - this is the mortality rate, which is lower than in the territory of Tajikistan itself. Why not say this? .. In general, invite migrants back home - we do not mind ...

Ctrl Enter
Noticed oshЫbku Highlight text and press. Ctrl + Enter
We are
"It will be enough!"Tajikistan wants to get out of the influence of Russia
Military Reviewin Yandex News
Military Reviewin Google News
115 comments
Information
Dear reader, to leave comments on the publication, you must to register.