Under Ikan. The story of one song 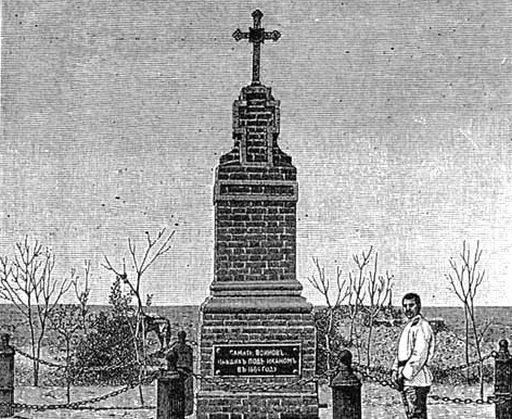 As a child, I happened to hear an old Cossack song:


In the wide steppe under Icahn
We were surrounded by an evil Kokan,
Three days, three nights with basurman
We had an unequal battle there.
Forward, forward, friends to fight,
We carry the death of the enemy with us! ...

For some reason she attracted attention, ran into the memory. Although much was not clear. What is Icahn? What is a “kokanets”? And the dashing chorus “forward, forward ...” seemed to be inconsistent with the content, because it was a question of retreat. Later it turned out that the song is quite famous, I came across its lyrics in songbooks, and it sounded somehow on the radio. But only when I had to do it myself history Cossacks, I learned that it was the song of the 2 of the Ural Cossack Regiment, and it reflected the bright, forgotten page of our glorious past. One of many forgotten and one of the brightest.

In the XIX century. The south-eastern outskirts of Russia were subjected to constant blows by Central Asian nomads. Some of them were subjects of the Khiva khanate, and some were Kokand. They drove away cattle, plundered villages and farms, plundered merchant caravans, drove people into slavery. Riots among the Kazakh tribes who accepted Russian citizenship were initiated. However, the Kazakh cattle and prisoners also did not disdain. Gangs of predators continuously kept Volga in the Urals, Orenburg region, Western Siberia. Khans of Khiva and Kokand did not want to appease their vassals, receiving considerable benefits from the trade in Russian slaves. Women replenished harem of nobles, boys turned into eunuchs. Added and intervention of the British. From India and Iran, their agents appeared in Central Asia, set up local monarchs against Russia, promised support, began deliveries weapons.

But Russia was also a mighty and majestic power, and she did not intend to endure the abduction of her subjects. In response to the raids, the Ural, Orenburg and Siberian Cossacks undertook searches in the steppe. However, this way it was possible to bring to order only the tribes that wandered near the borders. And the main predators felt invulnerable beyond the expanses of the vast steppes and deserts. Several attempts to organize military expeditions deep into Central Asia turned into big losses - from the heat, lack of water, food, in the winter - from frost and snowstorms.

Then Russia moved to a systematic offensive on the steppe. With 1845, far ahead of the Orenburg and Ural lines, one more began to be built - along the Turgai and Irgiz rivers. By 1847, our Cossacks and soldiers advanced to the shores of the Aral Sea, laying the Raimskoye fortification (Aralsk). In 1853, the Orenburg Governor-General and the ataman of the Urals Troops Perovsky with a corps of 5 thousand people took Ak-Meche, a Kokanda fortress, which was renamed Perovsky Fort. From it began to build Syrdarya line. And on the other flank of Central Asia, simultaneously with the Orenburg, the Siberian line advanced. Ayaguz fortress was built south of the Irtysh, then, even more southern, Kopal, in 1853, the Faithful (later a separate army of the Semirechensk was formed from the Cossacks of the 9 and 10 of the Siberian regiments).

But between the fortifications of Semirechye and Syrdarya line there was a gap in the 900 versts, through which the hostile tribes invaded. It was decided to close this “hole”. There were few troops here - the 11 of the Orenburg, the 12 of the Siberian linear battalions, the Cossacks of the Ural, Orenburg and Siberian Forces scattered over vast areas. But the people were fighting. In May, 1864 met each other two groups. From Perovsk - 1200 soldiers and Ural Cossacks with 10 guns under the command of Colonel Verevkin (the future ataman of the Ural Army). From Vernoy - 1500 soldiers and Siberian Cossacks with 4 guns under the command of General Chernyayev (the future commander in chief of the Serbian army, the national hero of Serbia).

The enemy fortresses of Turkestan, Aulie-Ata (Dzhambul), Chimkent fell. A Russian region was formed with the center in the city of Turkestan. But the Kokand Khan did not accept the loss. I decided to inflict a counterstrike immediately, until the Russians strengthened and strengthened. In the fortress of Turkestan there were about a thousand of our warriors - the Khan also gathered 14 thousand of selected cavalry, setting the task with a swift rush to reach the “capital” of the new area, suddenly attack and destroy the garrison. But the surprises of the Kokands failed. They ran into the Cossacks. The song about which we began the story was devoted to these events. Although in literary versions, which are published in songbooks, there was a gross error:

We walked, the shelves we have thinned,
The Cossack died bravely
They didn’t want to hear about captivity
And like a scythe, the enemy mowed us.

Apparently, the professional version of the handlers didn’t seem quite euphonious to the correct version “we walked, the ranks were thinner”. In fact, there were no “regiments” there. 4 (16) December 1864, near the village of Icahn, was met by an avalanche of Kokands from the only hundred of the Urals 2 regiment - 110 Cossacks with a 1 light gun commanded by Esaula Serov. More than 100 on one. But the Cossacks took the fight and began to break through to their own.

We retreated, he is behind us
Thousands walked in crowds
And he covered the steppe with bodies
And blood streamed.

Details of the battle then did not remember anyone. Around the whirlwind of enemy riders, attacked on the one hand, then on the other. A hundred fought back - not for the fortifications, but in the bare steppe. Shot, reflecting the attack. And having reflected, she threw herself at the checkers, scattered the enemies and stubbornly advanced to the location of our troops. Those who received a severe wound, did not keep themselves in the saddle — perished.

And having removed the head from the hero,
The villain knitted her saddle,
To boast after the fight,
How he fought with the recumbent.

The battle lasted three days. No breaks. For the Cossacks, the day was mixed up with the night, they lost track of time, fought in the environment - and made their way through this environment. December 6 (18) in the garrison of the fortress of Turkestan heard shots in the steppe. They sent a team of infantry, only two companies - to find out what was going on there. But it turned out that a hundred Cossacks so povybila, patted and exhausted the entire Kokand army, that she did not accept the new battle. I saw that the Russians were still suitable, turned around and rolled away ...

But far away already flashed
Native Russian bayonets,
And we breathed more freely
Cossacks crossed themselves.

From 110 heroes killed 52. Of those 58 who reached theirs, 11 remained unwounded. All the Cossacks became the Knights of St. George, and the 2-th Ural Regiment for the feat of hundreds of Serov was awarded the St. George standard.

Forward, forward, friends to fight,
We carry the death of the enemy with us!

Ctrl Enter
Noticed oshЫbku Highlight text and press. Ctrl + Enter
We are
Khiva and Kokand. The armed forces of the Turkestan khanateEducation Orenburg Cossack troops
64 comments
Information
Dear reader, to leave comments on the publication, you must to register.