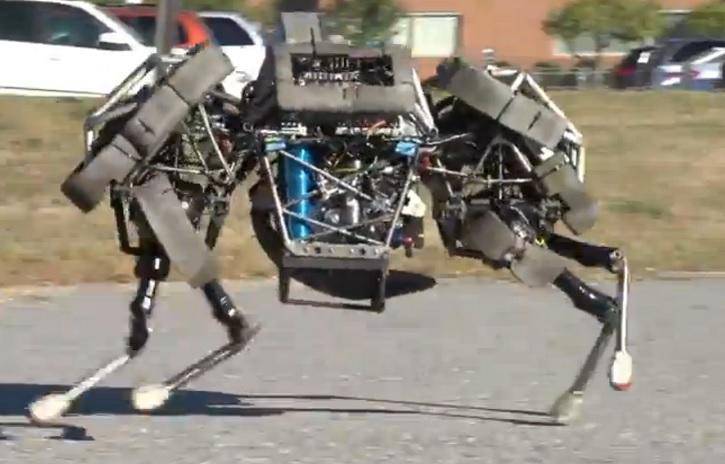 It seems that the artificial life forms from the films “Terminator” and “The Matrix” began a victorious conquest of the world. A strange four-legged mechanical creature, walking and galloping, became the star of views on Youtube.


The eerie, four-legged robot Wildcat ("Wildcat") is the brainchild of Boston Dynamics, working in close cooperation with the US Department of Defense. Its predecessor was the robot Cheetah ("Cheetah"), which was released in 2012 year; although he was inferior in speed to his namesake from the wild, but surpassed in speed any man runner.

Wildcat, unlike its predecessor, is a completely autonomous robot, not tied to an energy source. Large heavy motor prevents him from moving just as quickly. However, the machine surprisingly resembles a living creature: it runs at a gallop and trot, makes turns, lies on the ground and stands up.

Boston Dynamics also created such robots as BigDog and LS3, intended for carrying cargo over rough terrain; This kind of pack animals for infantry. Video cameras allow them to follow the "master" and automatically follow him. LS3 can carry 181 kilograms for 24 hours over 32 kilometers without refueling the engine.

However, the robot has one major drawback - the unbearable noise of its motor. And if the uprising of the cars does happen, writes The Independent, you will have at least one consolation: when Wildcat decides to attack you, it will be heard a mile away.

Ctrl Enter
Noticed oshЫbku Highlight text and press. Ctrl + Enter
We are
The next wave: race to the wars of robotsI fight for the electric body! Ground mobile robots on today's and tomorrow's battlefield. US Technology Overview
Military Reviewin Yandex News
Military Reviewin Google News
38 comments
Information
Dear reader, to leave comments on the publication, you must to register.