Did the senior Obama serve in the Red Army? (US FBII) 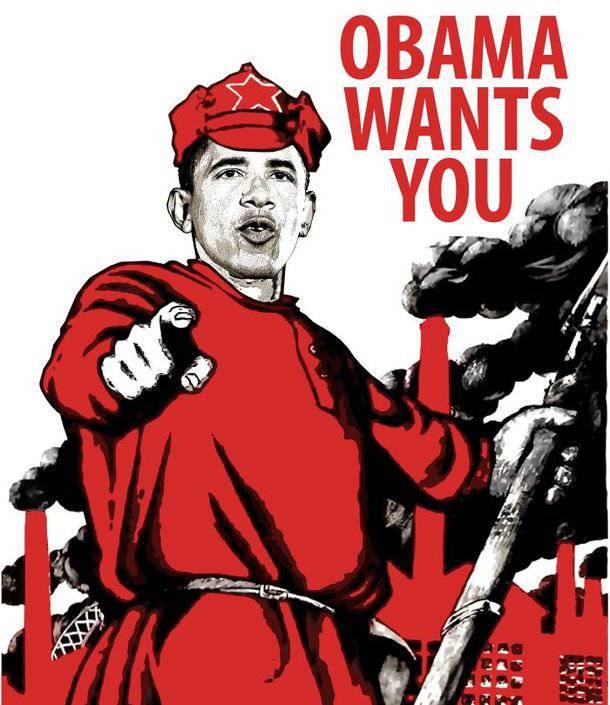 American politicians negotiate much more often than their foreign counterparts. Pearls, departing from the mouths of governors, senators and presidents of the United States, demonstrate the paucity of their basic education, geographical cretinism, lack of tact, cultural limitations, common folly, and, finally, complete contempt for other countries and peoples.

Many American leaders, especially Gerald Ford and Ronald Reagan, were very strong reservations. But most of all in this field, two US presidents named Bush — the father and son — became famous. And the palm, of course, still holds a scion - the term “bushism” (bushism) appeared in the English language precisely during his reign. Of course, verbal mistakes are far from uncommon in the speeches of politicians from different countries, but George W. Bush drew attention not only to the syntactic and lexical absurdities, but to a number of passages that cast doubt on his competence and mental health.

“My friend Senator Bill Frist is married to a girl from Texas. I want you to greet her: Karen - she’s just as simple a Texan girl as I am, ”Bush addressed delegates to the Republican convention in 2004. However, the question of one’s own gender identity has long given rest to Mr. Bush. “The profession of the governor or the profession of the first lady, as in my case, is not the most difficult,” 43 th president of the United States admitted in June 2000.

It happened that Bush’s reservations insulted entire nations and derailed the leading stock exchanges! For example, in January 2002, making a statement on the settlement of the borders of India and Pakistan, he stressed that he was working hard to convince the need for a peaceful solution to the "Indians" and "packs." About 150 million Pakistanis have exploded with indignation, because the word "pack" is perceived in the same way as the word "nigger" in the United States ...

A month later, during his visit to Japan, Bush confused "devaluation" with "deflation", which caused a terrible panic on the Tokyo Stock Exchange. Fearing the yen's depreciation (namely, this perspective was mistakenly described by the head of the White House), Japanese brokers began selling the national currency as a matter of urgency. From the collapse of the stock exchange saved only the quickness of the presidential assistant, who spoke with a refutation.

There, in the Land of the Rising Sun, Bush said that "for a century and a half, America and Japan constitute the strongest and longest of all modern alliances," apparently forgetting that a little more than half a century ago, the United States subjected the Hiroshima and Nagasaki nuclear bombings. After such pearls, it is no longer surprising that Bush confused Austria with Australia, Slovakia and Slovenia, APEC and OPEC, called the English Queen Elizabeth the Second - “Elizabeth the Eleventh,” asked which country Wales is in, wondered in public that Brazil “also has Negros"...

And here are just some of the other reservations 43 th President of the United States. Some of them inspire horror from the realization that the hand of this not quite adequate person has been at the nuclear button for eight years, and some will always raise your spirits.

“It was this week that protests began in 1989, East Berlin and Leipzig. By the end of the year, all the communist dictatorships in Central America had fallen ”;
“We need to understand that poor people are not necessarily killers”;
“We have lost too much time trying to speak to Africa fairly. However, Africa is a nation suffering from an unthinkable disease ”;
“We need to maintain relations with the Greeks”;
“In a changing world, we want more people to have control over your own life”;
“The family is the place where the nation finds hope, and the wings get the dream”;
“Too many doctors are leaving the business. Too many gynecologists are not able to practice love with women throughout the country ”;
“This is your money, you paid for it”;
“I think we all agree that the past is over”;
“I believe that young cows should be allowed to cross our US-Canadian border as soon as possible”;
“I know that man and fish can coexist peacefully”;
“I want to preserve the executive power of the president, not only for myself, but for all my future predecessors”;
"It will take some time to restore chaos";
“Remember - the birds must suffer, not the hunters”;
“I would have invaded Iraq, even if it did not exist”;
“Our enemies are resourceful and resourceful, but so are we. They are constantly thinking about new ways to harm our country and our people, and so do we. ”

I must say, Vice President George Bush picked himself up to match. Dick Cheney has also been unforgivably reiterated. So, for example, speaking at a meeting of the International Affairs Council, he said that Venezuelan President Hugo Chavez does not represent the future of Latin America and that "the people of Peru deserve a better leader."

The Bush era has ended, but oddly enough, the list of Bushisms is regularly updated. Among the new authors are the creams of the American establishment, like Sarah Palin, Mitt Romney, John McCain and Barack Obama. They are certainly far from the scale of 43-th US President. But still…

In 2012, Mitt Romney, speaking in the state of California, recalled a recent incident with his wife, who was on the plane where the fire had occurred. “You know, when there is a fire on the plane, you simply have nowhere to run,” Mr. Romney said openly. - And you can not run outside fresh air. After all, the windows do not open. I do not know why they are so arranged. But this is a real problem! ”

Senator John McCain inherited from Bush an ignorance of political reality and a map of the world. He once called Belarus Belarus, Russia regularly calls the Soviet Union, and finally, I am sure that Iraq and Pakistan have a common border.

Ex-Governor of Alaska Sarah Palin caused a shock in Seoul, declaring North Korea an ally of the United States, with whom it is necessary "to unite efforts ...". It is interesting that earlier she called the DPRK a state dominated by "Islamic extremism." Ms. Palin also constantly confuses the Czech Republic with Chechnya, Iran and Iraq, calls Africa a country, and says that the number of American troops in Afghanistan must be increased, “in order to win, as in Iraq.” As the first adept of female Bushism, Sarah Palin was honored with an original term. In the American press, her reservations were dubbed “peylinism,” and in 2008, because of them, she became the most quoted politician in the United States.

However, the current President Barack Obama is no stranger to the annoying rhetorical punctures. During the 2008 election campaign of the year, he stated that the United States counted "57 states" instead of fifty. "Thank you, Sioux City!", He said at a rally in the city of Sioux Falls. When the crowd zabukhtela displeased, Obama recovered: “Sorry. Sioux Falls. I have been in Iowa for too long. ” Although the action took place in South Dakota.

In one of his speeches, Obama stressed that his uncle (as his great-uncle later turned out) liberated Auschwitz (Auschwitz) in 1945. The National Committee of the Republican Party of the United States in response circulated an official note, which noted that Barack Obama’s statement did not correspond to the world stories. Auschwitz was liberated by Soviet troops, and therefore, unless his ancestor served in the Red Army, Obama’s statement could not be true.

However, as is commonly believed, every nation has the kind of political leaders it deserves. The American public simply does not notice the ignorance of their politicians. Despite, for example, the fact that Washington has waged perennial wars in Iraq and Afghanistan, most Americans have not made any progress in studying the geography, history, and traditions of the peoples inhabiting the theater of military operations, as evidenced by polls. So is it any wonder that Americans put so incompetent senators, governors and presidents on their heads? ...

Ctrl Enter
Noticed oshЫbku Highlight text and press. Ctrl + Enter
We are
Expert: why the most expensive aircraft carrier of the US Navy turned out to be protractedRussia and the United States: from Bush to Obama
Military Reviewin Yandex News
Military Reviewin Google News
68 comments
Information
Dear reader, to leave comments on the publication, you must to register.