Yemen, where the day of life is worth two dollars ... 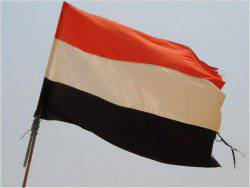 Yemen is a poor country. So poor that half the population lives on $ 2 per day. Nevertheless, the poor Yemenis were no less stubborn in upholding their political demands than the wealthy Tunisians or Algerians.


As a result of the protests that began in 2011, President Ali Abdullah Saleh, who had been in office for almost twenty years, was forced to resign. He reluctantly left, either accepting or rejecting the conditions of the opposition, but in the end he nevertheless transferred power to the Vice-President Mansur al-Hadi.

The new leadership of the country (although it can only be called “conditional” as the majority in parliament remains with the Universal People’s Congress of Yemen, created by Saleh) plans to develop the economy through cooperation with international organizations, restructuring of production and attracting foreign investment. By and large, foreign aid is the only option, if not a way out of the crisis, then at least to reduce the economic tension - Yemen’s own resources are clearly not enough.

The economy of the country is in the deepest decline. GDP per capita is about $ 1500. For comparison, in Syria, this figure is $ 3300, and in neighboring Saudi Arabia - $ 20 800. The population growth of 3% per year, chronic budget deficits and extremely underdeveloped infrastructure are causes of high unemployment. According to UN estimates, about half of Yemenis aged from 18 to 24 years are not able to find work. “It could be a time bomb,” says Gustavo González, head of the United Nations Development Program in Yemen.

"The protests were organized by the Yemeni youth, who demanded decent work, better pay and great opportunities. Instability and armed confrontation adversely affect the economy, which, in turn, increases the risk of conflict escalation," he said.

Indeed, which investor will invest in the economy of the state in whose territory the al-Qaeda militants organize training camps and points for transporting people and weapons to neighboring countries (eg to Syria)? Despite the efforts of the United States to destroy terrorists, the militants continue to organize terrorist attacks both in Yemen’s territory and beyond. In addition, attacks by American drones often result in the deaths of civilians, which causes Yemenis to dislike the "fighters against terrorism."

No investment - no jobs. No jobs - young people go abroad. Or rises under the banner of jihad. Yemeni mercenaries fought in Libya, they are fighting now in Afghanistan and Syria.

Yemen is not the only Middle Eastern state that is in such a dead end. Iraq is still unable to cope with the consequences of the armed conflict. In Egypt, political instability impedes the normal functioning of the economy. The Syrian crisis in general could be the most widespread catastrophe after the 1994 genocide of the year in Rwanda. At least, the UN High Commissioner for Refugees Antonio Guterres thinks so.

What is happening in Yemen now may well be the fate of Syria. If only the Syrians themselves, with the support of the international community, fail to find a compromise that would preserve the existing state structures for the subsequent reconstruction of the country.

Ctrl Enter
Noticed a mistake Highlight text and press. Ctrl + Enter
We are
Who will split YemenInterview by President Bashar Al-Assad to the Sunday Times
26 comments
Information
Dear reader, to leave comments on the publication, you must to register.