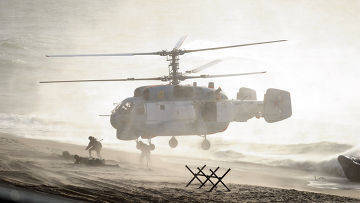 Since the middle of the last decade, the strategic exercises of the regional grouping of the troops of Russia and Belarus take place every two years (under the names "West" and "The Fatherland Shield"), and their conduct is announced at least a year. In this sense, "West-2013" was no exception. However, compared with the previous similar maneuvers, the scale of the event was different, as well as the size of the forces attracted to it (12 thousands of Russian military, 10 thousands of Belarusian), means and geographical scope: the exercises were held at the same time at Belarusian test sites and in Russia, as well as maximally shifted to the west.


The 2013 West exercises were an element of a more comprehensive training program for employees of the Western Military District (as part of the West’s joint strategic command). They were connected with the exercises that took place a few days earlier and ended on September 22 in the Pskov and Leningrad regions, and even more (from the point of view of the main direction of both events) - with the maneuvers of the North organized at the same time fleet and troops on the Kola Peninsula.

The exercise scenario consisted in blocking and destroying the forces of a hypothetical adversary, who were called in official reports as bandit formations or terrorists. Meanwhile, the nature of the troops involved, the technology (rocket troops, bombers, large ships), as well as assigned tasks, suggests that this definition hid the regular army of a potential enemy. Particular attention is attracted by episodes involving the military fleet (at the same time in the Baltic and Barents Sea), as well as military units, which worked off the landing of the amphibious assault forces in the Kaliningrad and Murmansk regions (neutralization of the submarine of conventional “terrorists”). You should also highlight episodes with the seizure of settlements and fighting in the conditions of the city (in the Kaliningrad region).

For the Belarusian army, the Zapad-2013 exercise was the largest training event in the last 20 years. They were directly involved in a quarter of the potential of the Belarusian armed forces. Taking into account the low level of financing of the military sphere (about 0,5 billion dollars, for comparison: in 2013, Russian military spending amounted to more than 70 billion, and Poland - more than 9 billion), we can assume that the majority of Belarusian units participated in the exercises. The maneuvers were primarily aimed at checking the integration of the army of Belarus and Russia, as well as at the ability of the first to act in accordance with the standards and within the structures of the armed forces of the Russian Federation (the participation of the Belarusian mobile battalion in the Baltic Fleet naval exercises should be noted).

It should also be noted that since the middle of the past decade, the armed forces of Belarus have been carrying out all exercises above the tactical level only within the framework of the regional grouping of troops, and the overwhelming part of the national maneuvers is aimed at preparing Belarusian units for further joint actions with the Russian army.

The West-2013 exercise took place against the backdrop of the cooling of relations between Russia and the West in connection with the situation in the Middle East and the completion of the process of preparing the signing of an association agreement between Ukraine and the EU. This should explain that for the most part unofficial reports (controlled leaks) on the subject of the scenario and the nature of the maneuvers called the main opponents of the regional grouping of troops the forces of the border countries of NATO - Estonia, Lithuania, Latvia and Poland. If the course of the exercise confirmed the theses on the preparation of Russia and Belarus for a clash with regular armed forces (that is, with NATO forces in the western strategic direction), then there was a leak on the development of actions against aggression incidents by some members of the Alliance (mainly sabotage on their part the territory of Belarus) did not find the actual confirmation. It should be recognized that they were aimed at provoking a negative reaction of NATO countries bordering with Russia and thereby consolidating their image of Russophobes incapable of constructive cooperation. The speeches of representatives of the leadership of the Baltic countries on the exercise confirmed that the provocation was a success.

The deepening of contradictions in NATO (including within individual member countries) is also served by the dual focus of Russian policy. Simultaneously with the exercises "West-2013", the armed forces of the Russian Federation took part in the "Vigilant Heaven" maneuvers (23 - 25 of September) dedicated to countering air terrorism. The Alliance was represented there by Norway, Turkey and Poland. From a military point of view, the coincidence of these events in time with the Russian-Belarusian exercises was intended to divert NATO's attention from the "West", and from the political one - to dispel the Alliance's concerns about the goals of Russian military policy in the European direction. The same goal was pursued by inviting foreign military attaches to visit individual actions in Belarus, as well as international inspectors from Denmark, Lithuania and Norway - in the Kaliningrad region.

The Russian response to the NATO Steadfast jazz exercises, which will be held on the territory of Poland and the Baltic countries in November 2013, can be called the maneuvers of the CSTO “Interaction-2013” collective response forces. More than 600 servicemen from Russia, Belarus, Armenia, Kazakhstan, Kyrgyzstan and Tajikistan took part in them (at the same time, similar exercises of the CSTO CSTO “CRV-2013” were held in Kyrgyzstan). This event did not have much military significance: it should be interpreted as a political demonstration. However, attention is drawn to the fact that by their nature and the scale of the forces involved (participants sent for maneuvers of the company’s mouth level) these maneuvers echo the upcoming maneuvers of the Alliance (about 6 thousands of military from 20 countries will participate in Steadfast Jazz) and (unlike West ") represent for them a real counterweight.