October 4 2013
27
11 September, after several years of waiting in South Africa, a contract was signed for the supply of new armored vehicles for the armed forces. The South African Ministry of Defense Procurement Directorate (Armscor) has entered into an agreement with Denel Land Systems (DLS) and Patria, according to which 238 Badger armored personnel carriers will be built in the next few years. For the execution of the contract, DLS and Patria will receive about 9 billion rand (about 900 million US dollars). New armored personnel carriers will gradually replace Ratel models in the troops. 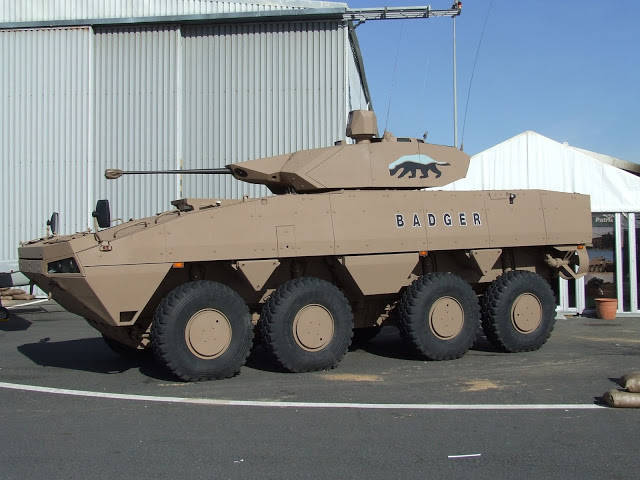 It should be recalled that the combat vehicle, designed to replace the aging equipment in the army, was chosen in the 2007 year. A few years earlier, the South African army announced a tender for the supply of armored personnel carriers, which was attended by several companies from different countries. Among the projects submitted to the competition was a joint development of the Finnish company Patria and the South African Denel Land Systems called Badger. In May, 2007, the winner of the competition was recognized joint Finnish-South African project. According to the plans of that time, the South African army was to receive 264 armored personnel carriers of five modifications totaling about 1,2 billion US dollars.

A month after the announcement of the winner, a preliminary contract was signed. In accordance with this document, before the 2012, DLS and Patria were to deliver five prototypes and Badger 49 X-series serials to the customer. Over the next five years, it was intended to build and transfer to the troops the remaining 210 armored vehicles. However, the signing of the contract coincided with some of the events observed in the South African military department. Firstly, in recent years, South Africa has constantly reduced military spending, and secondly, the Ministry of Defense of this country has forces that are not interested in purchasing equipment developed as a result of Finnish-South African cooperation.

At the moment, only a few prototypes of the Badger BTR have been built, and mass production has not yet begun. Customers and contract performers have recently managed to find a mutually beneficial solution. In accordance with the updated contract, the South African army will receive only 238 armored personnel carriers. At the same time, the planned procedure for production has undergone significant changes. Previously it was assumed that the main part of the construction of machines will perform the Finnish company Patria in its production facilities, and the South African company DLS will play a supporting role. Now the contract involves the construction of most of the armored personnel carriers at a factory in South Africa. The rest of the cars will be assembled and supplied by the Finnish manufacturer. It is argued that this distribution of work will help the South African defense industry to create two thousand new jobs. 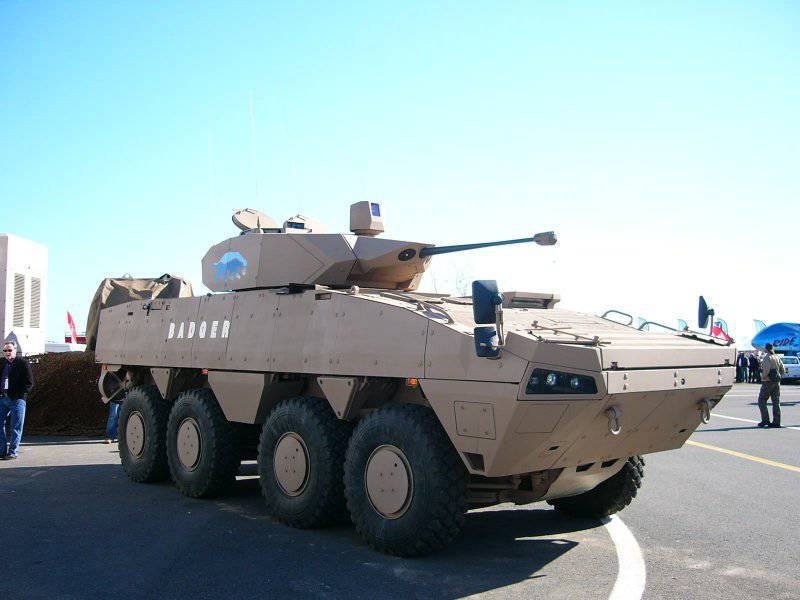 For financial reasons, the South African Ministry of Defense was forced to revise the terms of the contract. Order execution in the amount of 900 million dollars will stretch not for five years, as planned earlier, but for ten. The first serial BTR Badger can be transferred to the customer before the end of this year, and the last is supposed to be delivered in 2023 year. Currently, there is every reason to believe that the contract signed by 11 in September will indeed be executed and the army of the Republic of South Africa will receive a new armored vehicle.

For a long time, the Badger armored personnel carrier could not reach the stage of serial production due to the fact that some of the leaders of the South African Ministry of Defense did not like the procedure for building new cars. BTR Badger is a slightly modified car Patria AMV, created and under construction in Finland. Serial production of armored personnel carriers for South Africa was also proposed to expand to the Finnish company, which was the cause of the relevant claims.

When creating the Badger project, the armored personnel carrier Patria AMV was taken as the basis. For this reason, the new armored personnel carrier for the armed forces of South Africa is much like the original Finnish vehicle. Changes have only undergone booking, weapons and part of electronic equipment. Thus, most of the design features and characteristics of the BTR Badger correspond to the AMV vehicle. So, the Badger armored personnel carrier is equipped with a 540-strong diesel engine, which allows it to accelerate on the highway to speeds above 100 km / h. The eight-wheeled chassis with individual hydropneumatic suspension provides high cross-country traffic. If necessary, Badger, like Patria AMV, can cross water obstacles by swimming with the help of two water cannons in the rear part of the hull. 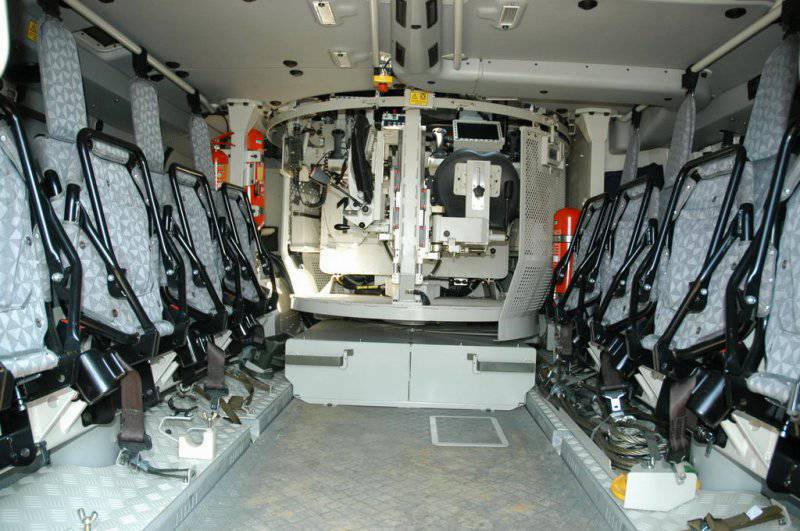 The main difference in the design of the BTR Badger from the original Finnish armored vehicles are the updated elements of the armored hull. Allegedly, when developing a new machine for South Africa, Finnish and South African engineers took into account the requirements for increasing the level of protection. The Badger armored personnel carrier in the basic version has a higher level of protection against bullets and fragments in comparison with Patria AMV. In addition, it is equipped with advanced mine protection.

Depending on the modification, the crew of a Badger armored personnel carrier may consist of two or three people. In the troop compartment there are eight places for soldiers with weapons. The new contract involves the supply of armored personnel carriers in five versions, differing from each other in the composition of weapons and special equipment:
- SV (Section Variant) - the basic version, armed with a combat module Denel MCT30. The twin turret houses the 30-mm Denel GI-30 automatic cannon and a machine gun of the 7,62 caliber mm;
- FSV (Fire Support Variant) - a fire support vehicle with armament similar to the SV version, but differing in the composition of electronic equipment;
- command and control vehicle with a Denel MCT turret, equipped with a large-caliber machine gun;
- armored personnel carrier with anti-tank weapons. The turret additionally installed launchers for four Denel Ingwe anti-tank missiles;
- self-propelled mortar. It is proposed to install an MCT60 turret with a Denn M60 10-mm mortar on an armored personnel carrier chassis.

According to reports, preparations for the serial construction of new armored personnel carriers have already begun at the DLS plant in Littleton. If the implementation of the contract goes in accordance with the existing schedule, by the end of this year the ground forces of South Africa will receive the first armored vehicles of the new model. At the same time for a long time BTR Badger will be used in parallel with the Ratel machines, which they must replace. Full transition to the new technology will take place only at the beginning of the next decade. 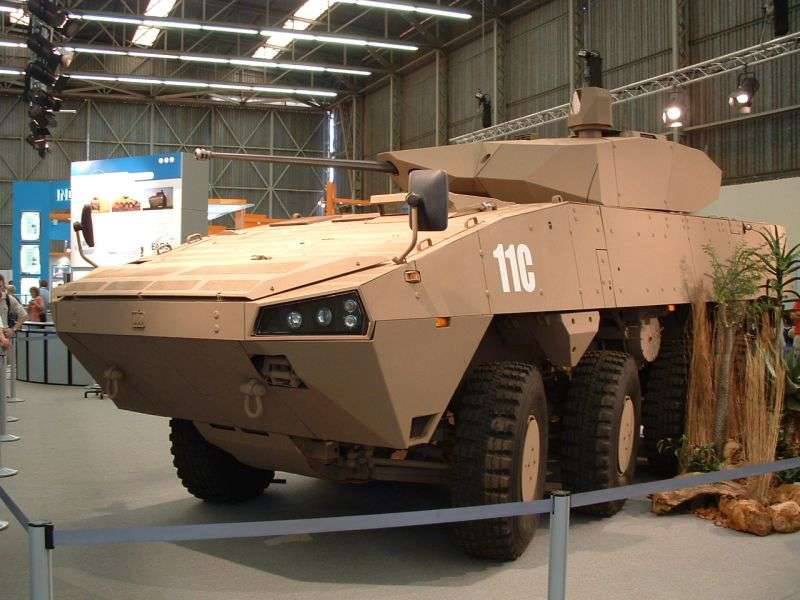 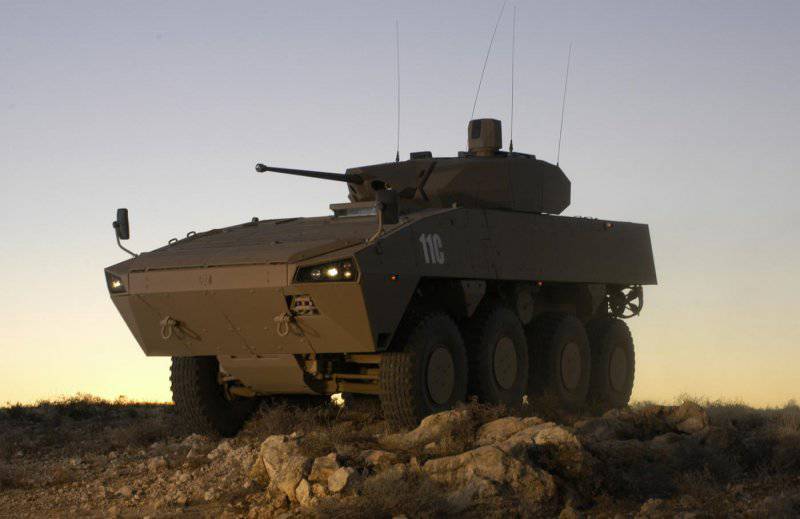 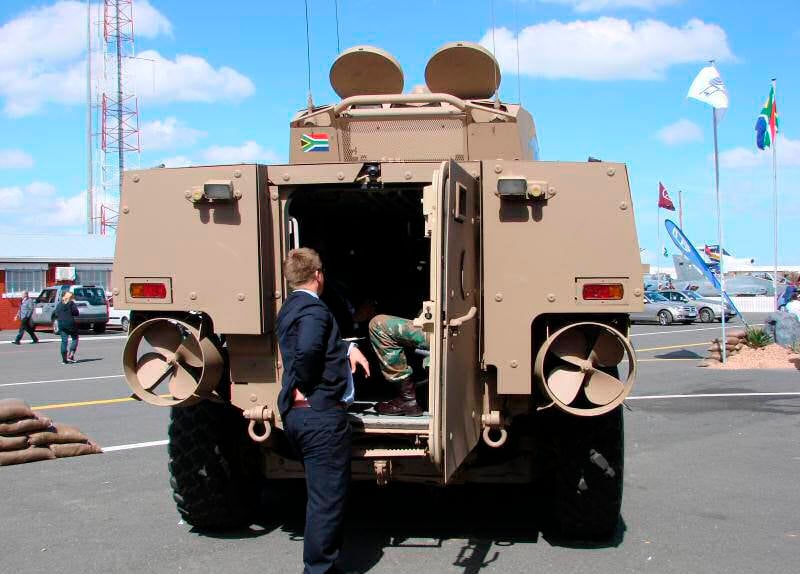 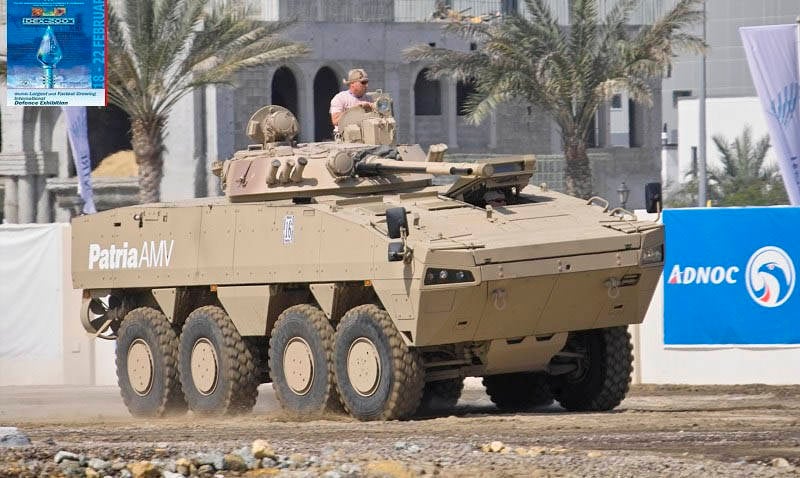 Ctrl Enter
Noticed oshЫbku Highlight text and press. Ctrl + Enter
We are
In the footsteps of the exhibition Eurosatory 2016: trends in the development of armored vehicles. Part of 3The project of an armored transport vehicle Ratel Logistic (South Africa)
Military Reviewin Yandex News
Military Reviewin Google News
27 comments
Information
Dear reader, to leave comments on the publication, you must to register.