Iraq: the country is heading for decay

October 4 2013
26
Behind the events in Syria and around it, many analysts somehow missed the dramatic worsening of the situation in the neighboring country of the ATS, Iraq, which has vast oil and gas reserves, a significant territory and population with access to the Persian Gulf and a favorable geopolitical location at the junction of the Middle and Middle East. In addition, Iraq is in many ways the “key” to Iran. And the government hostile to Iran in Baghdad would be a powerful help to the United States and Saudi Arabia in putting pressure on Tehran. That is why in recent weeks, the activity of Washington, Riyadh, Doha and Kuwait in the Iraqi direction has increased significantly. 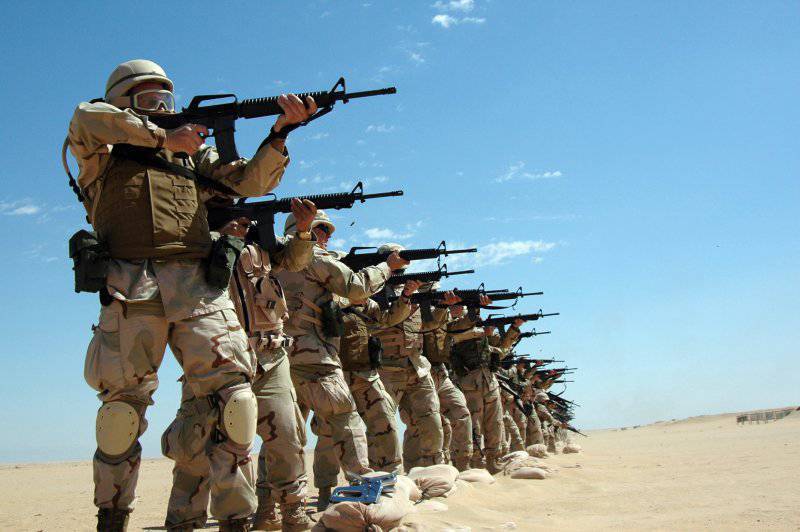 Apparently, not hoping for B. Assad’s speedy departure, at least until his chemical weapons stockpiles disappear, the US-Wahhabi coalition decided to get closer to Iran through the neighboring Iraq, where the government of the Shiite party coalition friendly to Tehran is now in power with Nuri al-Maliki. In this case, the focus is on inciting national and religious hatred in this country, where, along with the Arabs, Kurds and Sabeans, live Sunni, Shiites, Christians, Yezidis, etc. And this is a complete interweaving of ethno-religious contradictions, since there are Christians, Shiites and Sunnis among both the Arabs and the Kurds. The US-Wahhabi axis engages Al-Qaeda’s terrorist elements, Al-Anbar province’s Sunni militants and former Baathist elements to realize their goals.

Today, by destabilizing the domestic political situation in Iraq, enhancing terrorist activity there and fueling the conflict between Sunnis and Shiites, opponents of Iran, a definite task is posed: to shake the foundations of the N.Al-Maliki regime so that it “voluntarily” resigned and announced new elections, for which Saudi Arabia and Qatar are willing to spend billions of dollars. This can lead a significant number of radical Islamists, including those of the Salafi, to the power structures of Iraq, first of all in its parliament. They will create chaos in the governing bodies of the country, in order to later cause the disintegration of Iraq into three enclaves - Shiite, Sunni and Kurdish. A united and powerful Iraq is not needed by the United States or the Wahhabi monarchies of Arabia, and the return to power of the Sunnis is ruled out.

Apparently, for the time being all this is timed to the upcoming “planned” parliamentary elections in Iraq in 2014 year. According to information from Arab sources, under the leadership of the CIA, the coordination of the special services KSA, Qatar, Kuwait and Turkey on the consolidation of jihadists and Baathists of all stripes into a united front, which should overthrow the government of N. Al-Maliki, has already begun. That is, the option is already familiar. He once worked in Libya, and now is actively being implemented on the territory of the CAP. The main thing is to reset the ruling regime, and there it is all the same who will become the dominant force in the opposition. Arab countries, especially Qatar, would prefer to see Salafists in Baghdad, while Turkey and Saudi Arabia would prefer moderate Islamists, if they exist in Iraq. The United States would prefer the option of secular liberals, but there are almost no such people left in Iraq due to Washington’s short-sighted policy during the American occupation of the country. The principal agreement has already been reached and has even begun to be implemented. Thus, murders of prominent political figures have recently been committed, who could claim the place of governors of the leading provinces. In October of this year. the beginning of active actions to remove from the scene a number of political parties and activists who can somehow compete in the upcoming elections in Iraq is expected. At the same time, at the expense of financial flows from Arabia, the process of creating new parties and movements, which are designed to unite the former Baathists and moderate Islamists, will begin. The plans of the secret service "regionals" also include organizing mass killings among the civilian population and carrying out sabotage at the facilities of the oil sector, electric power industry in order to weaken the economic foundations of the regime and create an atmosphere of discontent among the inhabitants of the inability of the current authorities to suppress terrorist activity.

Unfortunately, the government of N. al-Maliki does not show flexibility, responding with the most rigorous methods to the speeches of those who do not belong to the militants, but would like a normal life. Repressions are even applied to peaceful demonstrations with requirements of a purely economic nature. In addition, hostility to neighboring Kuwait, which is placed on a par with the Wahhabi regimes of KSA and Qatar, is fomenting. Attacks against Turkey are also allowed, although it actively opposes plans to separate the Kurdish Autonomous Region from a unified Iraq.

In this regard, there is hope that Tehran will still have the right impact on Baghdad, prompting him to reconciliation, rather than inciting a civil conflict on ethnic and religious grounds. Although it cannot be ruled out that in the conditions of the beginning of a rapprochement between Iran and the United States, Tehran does not want to actively get into Iraqi affairs. After all, it is more important for him to solve his problems, and not to open a "front of struggle" with the United States, Saudi Arabia and Qatar also in Iraq. After all, now all the forces of the Islamic Republic of Iran, including its Corps of the Guardians of the Islamic Revolution, are left to rescue the regime of B. Assad and help Hezbollah.

In any case, the coming months may be decisive for determining the future structure of Iraq and maintaining it as a single state. Otherwise, the country will collapse and Islamize along the Salafi path of its Sunni enclave, as well as the final withdrawal of the Kurdish provinces from the Iraqi state.