World Education Crisis: The Need for a Return To Sources 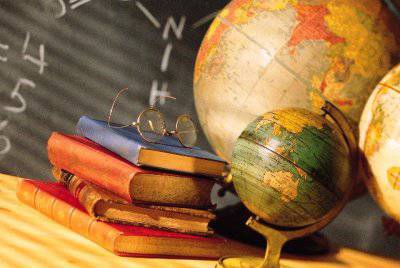 It would seem that modern society provides significant cognitive perspectives. However, let us turn to what they write and say about the state of the education system in different countries of the world, and there is only one diagnosis — a crisis. It has two main refractions.


The first manifestation of the crisis is the impossibility of students mastering the abundance of the information provided. Knowledge becomes eclectic and fragmentary. Passion for training in the format of testing further aggravates the crisis. The exit here, it would seem, could consist in the systematization of knowledge. Such a model was implemented, in particular, in the USSR. But such systematization is associated with the need for ideology, and this is not allowed in the modern educational system.

The second refraction of the crisis lies in the emasculation of the educational component. The teacher-student relationship system is increasingly being replaced by client relationships within an educational service. Education is impossible without determining the target image of the educated. And this, in turn, involves the nomination of a package of nationally significant values. But the task of systematizing values ​​again leads to the question of ideology.

What is the cause of the crisis? I will suggest that the case consists in the formed and more and more intensifying rupture of educational systems and their civilizational and axiological foundation.

“We,” explained the failure of the 1990 reform recipes. in Russia, one of the main projectors of the “shock therapy” policy, Jeffrey Sachs, - put the patient on the operating table, opened his chest, but he had a different anatomy. ” Thus, the fundamental error of the initial diagnosis was recognized. Russia has turned out to have “another anatomy” ... Own anatomy exists not only in Russia, but also in any civilization. And in the core of civilization systems lies nothing more than education.

Education is directly related to the model of civilization. Through education, in essence, the corresponding civilizationally identical anthropological type is reproduced. Therefore, both the education model and its target installations are fundamentally different. Education acts as a kind of microcosm in relation to civilization. If the civilization system is destroyed, but the civilization-identical model of education has been preserved, the civilization can be recreated. If the opportunity to transmit social experience is absent, civilization with other general well-being will eventually die. The current state of Russian education must therefore be assessed not from the point of view of the criteria of the Western civilization paradigm, but from our own historical experience.
Education is always built on a certain value foundation. Attempts to replace the foundation to anything else as a building collapse can not
Let us turn to the Russian historical experience.

The school in Russia was formed as a predominantly educational institution. Of fundamental importance for its formation in this form were parochial schools. Thanks to them, the Christian value paradigm of primary education was established. The school teacher acted primarily as an educator. In the West, too, there were religious schools. But they represented only one of the segments of Western education.

Higher education in Russia reproduced a type of European Christian classical university. Initially, the universities in the Russian Empire were created as some kind of westernized enclaves. In the famous Lyceum of Tsarskoye Selo until 1820, the teaching was conducted in French. People's Orthodoxy was in opposition to Westernist secular education. And it is not by chance that the famous Uvarov triad - Orthodoxy, autocracy, nationality was put forward initially in relation to the educational sphere, and only then transferred to the state as a whole. It is also no accident that the activities of many prominent representatives of the ideology of Russian conservatism were associated with the management of the education system - M.L. Magnitsky, D.Prunich, S.S. Uvarova, P.A. Shirinsky-Shikhmatova, D.A. Tolstoy, K.P. Pobedonostsev.

The educational system of the Russian Empire had a class character. This correlated with the ideology of the noble state. But, at the same time, the modernization tasks arising from the country, which assumed educational universality, were articulated before the country. The resolution of this contradiction determined the formation of the Soviet type of education.
The universality of education in the USSR correlated with the ideological principle of egalitarianism (equality). The educational system of the United States was, on the contrary, focused on elitism. In the American elite schools, a qualitatively different education was provided than in the mass school.

Another feature of the Soviet educational system is its polytechnic character. The promotion of this principle was associated with the idea of ​​public benefit. The Soviet school was supposed to orient the student not towards individual success, which the Western educational system orients, but towards benefiting the whole society. Hence the reliance on social labor, and not on the competitive struggle of individuals.

And the third component, which characterized the Soviet educational system, was determined by the installation not only by the formation of a harmoniously developed personality, but by a new person. The educational functions were assigned to a large extent to the communist children's and youth public organizations, covering all age levels (October, pioneer, Komsomol).
The landmark chosen in the form of an American type of education that has been chosen as the target for Russian reforms today raises serious doubts. The educational system of the United States is very far from ideal. Even its very positioning as the best of the world educational systems is debatable. At least twice during the twentieth century, the Western public recognized the lack of primacy of the United States in the quality of education.

The first catalyst of this kind of educational self-reflection was the launch of an artificial Earth satellite in 1957 in the USSR. The expert analysis undertaken in the United States of the American backlog in space exploration led to the conclusion that the reason for this is the qualitative advantages of the Soviet school.

The next demonstration of the imperfections of his educational system were the technological successes of Japan. “The reason for the re-evaluation of the school system,” wrote the American educator W. Feinberg about the reasons for reforming the educational system in the United States, “was the increased economic competition from Japan. In the last decades of the twentieth century. Japan’s influence on the US education system was in many ways similar to that of the Soviet Union in the middle of the century. It was Japan that became an impartial incentive to reorient the education system and streamline curricula with a focus on traditional academic subjects. ”

A wide resonance was caused by a report compiled in 1983 by the United States National Commission on Educational Quality Problems with a shocking name “Nation in Danger” for the Western public. “We,” said the published document, “declare to the American people that for a long time we could have been legally proud of the contribution of our schools and colleges to the development of the United States and the well-being of people. However, at present, the quality of education has seriously decreased, which threatens the future of the state and people ... We have committed an act of insane educational disarmament ... We are raising a generation of Americans who are illiterate in science and technology. "

Western Europe was also not in a fundamentally better situation. “Many people believe,” French Prime Minister Jean Pompidou said in 1965, “that our education system is the best in the world ... In fact, it — and especially the secondary education system — revealed an inability to evolve and is largely based on laid down by the Jesuits in the seventeenth century and only a few modified at the end of the last century. ” After two decades, the assessment formed by French President J. d'Estaing did not change: “I think that the main failure of the Fifth Republic is that it was unable to satisfactorily solve the problem of the education and upbringing of young people”.

Beginning in the middle of the 1980-ies. Reforms did not correct the situation. Judging by the materials of sociological polls, the overwhelming majority of Americans today are extremely low on the results of the undertaken reforms. "The movement for education reform in the 80-x and 90-x. - state American university professors D.L. Clark and T.A. Estnoto - brought disappointing results. "

Production technologies are much more likely to undergo internationalization than the educational systems, which are determined by sociocultural traditions and, ultimately, by mental factors. The principal differences of educational models are found, despite the European integration process, its leading subjects are Germany, France, and the United Kingdom. “Ignoring national identity,” warns researcher in the field of comparative education B.L. Wolfson, - can lead to the creation of artificial "universal" structures, for the sake of which the material is selected and cut off everything that contradicts the a priori created scheme. " This, of course, is not about “pedagogical autarky”. Some optimal combination of national educational traditions and innovations should be achieved.

The value foundation, most often associated with a deep religious tradition, can be found in the educational systems of most countries of the world. And the genesis of the system, as is known from the theory of system analysis, largely determines its functioning. European education cannot be adequately understood without an understanding of the system of organization of medieval theological education. The Chinese educational system goes back to the Confucian teaching tradition, the Japanese to the Shinto tradition. Muslim to this day is built on the Islamic platform.

The gap with the value and civilizational foundation is thus a common problem for education in the 21st century. Need to look back. Overcoming the crisis is seen in a return to the origins of national educational systems.

Ctrl Enter
Noticed oshЫbku Highlight text and press. Ctrl + Enter
We are
The world we leave, the world we enter, and the world between themMilitary reform as an integral part of the security concept of the Russian Federation: Systematic dynamic assessment
16 comments
Information
Dear reader, to leave comments on the publication, you must to register.