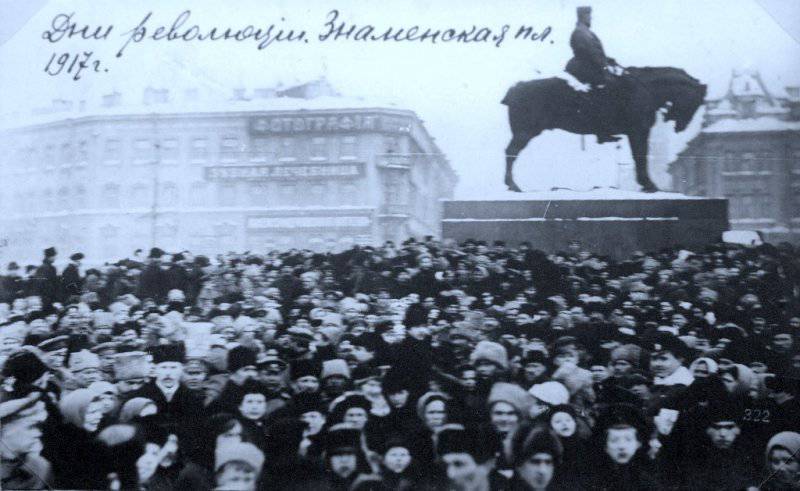 The struggle between the national and comprador bourgeoisie intensifies


In connection with the anniversary of the events of September-October 1993, I would like to say a few words about what I see, so to speak, the fundamental problems of the current moment in stories countries, and why 1917 events of the year are extremely relevant to us today.

The February 1917 revolution of the year was not just an act of annihilating the monarchy, that is, a bourgeois revolution. According to its results, the so-called comprador bourgeoisie came to power in a country that was the former Russian Empire (by the way, what was the name of it in 1917 year? I suddenly realized that I don’t remember). The essence of its policy (both internal and external legitimization) is that it is engaged in the export of capital, embeds the country into the international division of labor in the position of a raw materials appendage and relies on external forces within the framework of political struggle within the country.

It should be noted that since the middle of the 19th century, there was a struggle between the national bourgeoisie and the comprador in the country, with the entire imperial "family" acting on the second side, understood as widely as the ruling class of the empire, relying precisely on the figure of the monarch. Not surprisingly, the national bourgeoisie insisted on the abolition of the monarchy, or at least at the end of the omnipotence of the "family", that is, the "grand dukes", and this was actively supported by the officer corps. It was the latter that actually overthrew Nicholas II, but the national bourgeoisie could not form a normal power.

The Provisional Government turned out to be an instrument of the comprador bourgeoisie. Studying the reasons for such a development is not my goal today, but the fact that they say that is obvious. In any case, the national bourgeoisie began to prepare a counter-coup, the main coordinator of which was the General Staff. And, apparently, as one of the main tools of this coup was the Bolshevik Party, which in the summer of 1917 was blamed for this quite often. Note that the ideas that the Bolsheviks are agents of the German General Staff appeared in a public field just at this time, and they seem to me to be very unconvincing, given the role of the Bonch-Bruyevich brothers, the eldest of whom was one of the leaders of the army (and time is her counterintelligence), and the youngest is with Lenin’s right hand.

What would have ended this counter-revolution, if it were not for the Civil War, is not obvious. But the Civil War, started just by the comprador part of the elite of the Russian Empire, which is clearly seen from the fact that it was they who brought the interventionists into the country (and one of their leaders, Kolchak, generally formally was in the service of Great Britain), fundamentally changed the balance of forces in favor of most extreme supporters of the Marxist methods of transforming reality.

And now look at the situation of the last 20 years. In 1991, the comprador bourgeoisie came to power in the country. More precisely, the bourgeoisie was not yet, but of the two main factions in the CPSU, the one that insisted on building Western capitalism won. Under his leadership, of course. The main split occurred on the issue of privatization: Gaidar, Chubais and their followers were going to build the comprador bourgeoisie as a result of privatization, which they succeeded in, and their opponents, including those who wanted to create and develop the national bourgeoisie based on the USSR industrial potential , concentrated around the Supreme Council.

The victory, in contrast to the 1917 of the year, as we see, went to the comprador circles, which predetermined the collapse of the Russian economy in the 90-2000-s. In particular, the destruction of all those structures that could become a stronghold of the national bourgeoisie, as it was in 1917 year, including the army and large-scale complex production. However, the elite that has emerged over these 20 years found itself in a difficult situation when the global crisis began.

Its scale was so great that the generalized West simply ignored the interests of local, including Russian, elites, and they realized that they would quickly be raskulat if they could not hide behind the political power of a state that was rapidly weakening. And after the “Strauss-Kahn case”, another remarkable event occurred - the international financial elite itself, which the comprador bourgeoisie of the comprador of Russia had been oriented to, was divided into factions, with the result that the “old” comprador group (which can be called “family-liberal” ) there was an alternative, which circumstances began to push on the path of protecting national interests.

This awareness is far from complete, so the behavior of the “patriotic” elites is still very, very ambivalent and sometimes not quite adequate. However, objective circumstances lead us back to the agenda that was characteristic of the fall of 1917 and 1993. I repeat once again: this agenda is completely objective, and all participants in the process, whether they like it or not, must decide on it. Moreover, external circumstances put a lot of pressure on them: out of several factions of the world financial elite that were formed after the 2011 year, there is only one place.

The above-described approach to intra-elite conflicts in Russia allows them to be structured somewhat and even make some predictions. Not global, because who wins is not very clear, but local ones. In particular, our predictions about who will take which position in the case of Uralkali, made just on the basis of the above analysis, turned out to be quite adequate. But the most important thing is that the understanding of the division that the country has faced will allow many participants in the process, who, due to the distortion of the picture for the direct participants, sometimes find it difficult to make the right choice and draw the necessary conclusions. Anyway, I hope so.

Ctrl Enter
Noticed oshЫbku Highlight text and press. Ctrl + Enter
We are
The world we leave, the world we enter, and the world between themOn the other side of the “red” and “white”. Izborsk Club Report
70 comments
Information
Dear reader, to leave comments on the publication, you must to register.