Another lie of the anti-Russian project "Wikipedia" 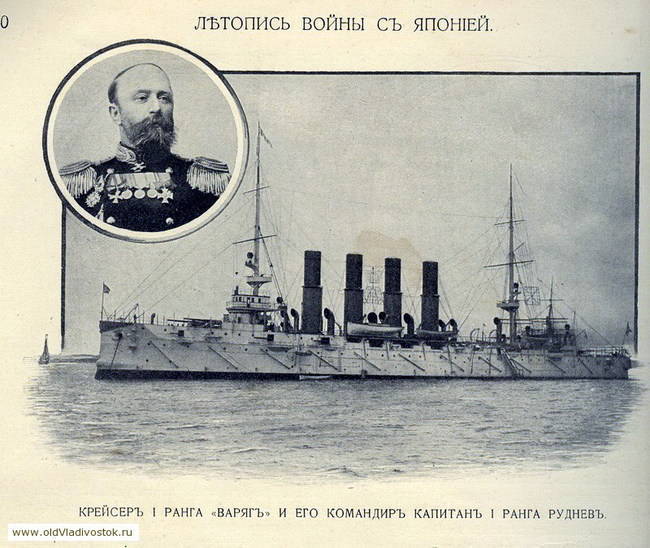 Not so long ago, in the American project Wikipedia, unfortunately, still popular in Russia, a scandalous, thoroughly false revision of an article about the famous battle of Chemulpo, which is still a symbol of the courage of Russian sailors, appeared.

A review of an article cannot be complete without an explanation of what it is actually based on. And this is nothing but the infamous "Landing Operation of the Japanese Army and fleet in February 1904, in Chemulpo "(also known as the Blue Book) of a certain A. Polutov. Referring to the allegedly" Top Secret history Wars at sea in 37-38 Meiji "(all existing 3 copies of this book are currently lost), he habitually for the current revisionist talks about the incredible coolness of the Japanese, during the most complex operation did not suffer any losses at all.

Where does the forgery of Polutov begin, and after him the author of an article in Wikipedia?

During the last tests in October 1903 of the year, which were carried out when the machines were operating at lower than design values ​​(shaft speed 140 rpm, vapor pressure 15 atm, at design 160 rpm and 18 atm), the Varyag reached speed 20,5 node.
In order to understand the delusional nature of this statement, it is enough to open the book “Cruiser Varyag” by the Soviet historian Rafail Melnikov. There are described in detail the misadventures with boilers kindly supplied by the shipbuilders of Pindosskie, as well as the fact that at this mileage speed was achieved only in 14 nodes.

The Japanese squadron had an advantage over Varyag and Korean in 3,9 times in airborne salvo salvo - 1671 kg against 432 kg.

Here, too, the forgery is considered to be the weight of shells only, and not the explosives in them (not to mention the fact that shimoza is much stronger than pyroxylin), the Varyag and the Koreytsa have a full salvo, the Japanese only have onboard. Look further:

At the same time, due to the narrowness of the fairway and the impossibility of simultaneously entering all the ships into battle, it was difficult to fully realize this advantage of the Japanese squadron. The battle plan from the Japanese side provided for the division of the squadron into three groups and their consistent introduction into battle as the Russian ships advanced along the fairway.
That is, it is concluded that the enemy was not so strong, and the chances of a breakthrough were not at all bad. This, of course, directly contradicts the fact that not the 2 and not the 3 of the Japanese cruisers fired at the Varyag, but all of the 6, but does Poluutova care about this?

According to the report of Rudnev, one of the Japanese projectiles killed the communication tube with the drives to the steering machine, however, the survey of the Varyag after lifting the traces of hits in the area of ​​the passage of the pipe and fighting damage to the steering did not reveal.
This is nonsense, since all traction drives 1,5 years did not survive in sea water, and the Japanese pulled them again.

The consumption of shells in battle by Russian ships remains the subject of discussion. According to Rudnev's report, Varyag launched 425 152-mm projectiles, 470-75-mm, 210-47-mm, that is significantly more than all Japanese ships combined. However, the calculation of the projectiles remaining on it made by the Japanese after raising the cruiser does not confirm this information and gives significantly lower figures of the consumption of ammunition by the Varyag in combat. According to the calculation, the cruiser fired no more than 160 shells of the 152 caliber mm and around 50 - of the 75 caliber mm
How funny, i.e. We do not believe Rudnev, but we trust the Japanese who have every reason to lie to the word. And the fact that in the Japanese fleet the combat expenditure of shells was chronically underestimated in order to demonstrate a greater percentage of hits (the missing ones were later written off as being “non-conforming”) —it doesn't matter. And only Poluutov could seriously believe that the British-built cruisers leading the hurricane fire actually fired at the 4-5 just slower than the guns mounted on them allowed.

According to Rudnev from various sources (including rumors), the cruiser Takachiho sank after the battle during the transition to Sasebo, the cruisers Asama and Naniwa were docked to repair the damage, the Japanese brought the killed 30 to the shore
Including rumors are the reports of the commanders of all foreign stationary (except Italian, which due to his position of the battle have not seen) about the numerous hits they observed in Japanese ships. Apparently, according to Polutov, they were all bribed by Rudnev, including and hostile to Russia, the British and Americans.

However, Japanese historical and archival sources do not confirm hits on ships of the Japanese squadron, as well as any damage and losses. The fate of the ships of the Japanese fleet is now well known; in particular, the cruiser Takachiho died already during the First World War during the siege of Qingdao, the destroyers of the 9 and 14 units were excluded from the fleet lists in 1919 — 1923 and scrapped.
Well, yes, in the case of "Takachiho" Rudnev was mistaken, he did not sink, but stood in repair until the end of the war. And "Asama" with "Naniva" got such damage that they had to be put in the dock ... because of the meeting with the ice floes during the march to Vladivostok (if you believe the Japanese and Polutov)! Although neither ice (in March!) Nor these ships were there, of course, because they were under repair.

The application for the destroyer is even more ridiculous, since the exact number of ships of this type (taking into account those built in Japan) is unknown, and not one, and not two of them could have died, immediately giving their name to the new one.

Shooting of Russian ships was rated by Uriu as “disorderly” and having “extremely low accuracy”
Well, of course, how else can white barbarians shoot? And it does not matter that from their fire "Asama" lost half the main caliber.

It is absolutely unbelievable to launch 1105 shells into the target and never hit, with 2,5% typical of that war, their probability was to hit at least 28. And this is in good agreement with the picture of damage to the Japanese ships, which was observed by foreign stationary personnel.

So, during the shooting on 16 December shield 1903 of the 145 shells fired by Varyag, the target was hit only by three

Melnikov's book does not know about such teachings.

From March to October 1904, most of the artillery, including 10 152 mm caliber guns, recognized as suitable for use, was removed from the Varyag.
After the battle on Varyag, only 2 serviceable 152-mm guns remained.

The actions of the Japanese side in modern sources are assessed as competent and professional. They allowed to perform all the tasks - to ensure the landing of troops and neutralize the Russian ships, without incurring losses.
Yep, i.e. to attack without declaring war, with overwhelming numerical superiority and suffering serious losses at the same time is, of course, according to Polutov, an example of naval talent.

was not used to break through the night before the fight;
For those clowns who considered a night break possible, it is worth looking at the Chemulpo channel's fairway and wondering if it is possible to pass it in the dark without radar and GPS.

going on a breakthrough, “Varyag” has tied itself up with a low-speed “Korean”, without using its advantage in speed;
"Varyag" at the time of the battle was not faster than the "Korean".

after the battle, “Varyag” was not blown up, but flooded in shallow water, which allowed the Japanese to lift it and put it into operation.
Apparently, it was not the British who so vehemently asked not to blow up the cruiser, ostensibly because it would damage the hospital staff.

The unprecedented award of the highest military awards to all members of the crews of the ships was ambiguously met in the officer corps:
And then there is a link ... to the opinion of the land rat, which did not even think of rejecting its (probably not deserved) rewards.

And about the same commander of the cruiser "Pascal" Senesa ... there is no mention at all. He does not need Polutov.

Having analyzed the anti-Russian article, it is important to name those who wrote it, designed and defended it.

The main author is Ivan Vladimirovich Sliva (aka Saiga 20K), born 1979, who lives in Moscow, a top blogger who previously worked at RusHydro and wrote wonderful articles about Soviet artillery in Wikipedia, but not so long ago overbought by foreign NGOs and abruptly replaced his worldview 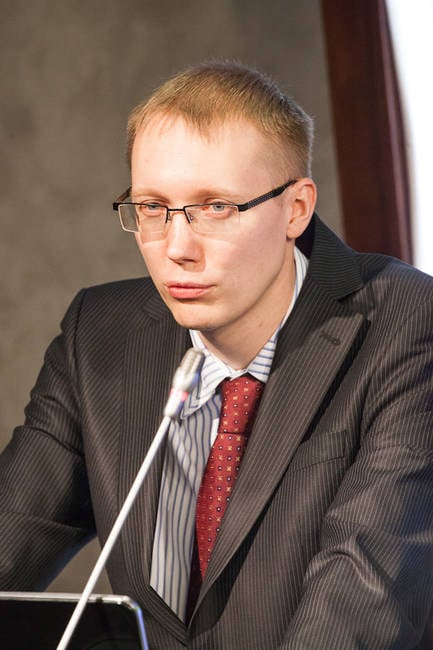 Its main defender is Zehtser Yuri Igorevich (aka WindWarrior, “Made by Us” visitors is better known as MiG-42MFI), living in Tula, a student of the Faculty of History of the TSPU. 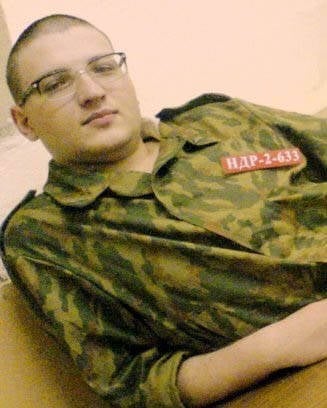 Nobody else was noted there, Sas1975kr (aka KaiserAdler), a Ukrainian nationalist, a big fan of Kaiser Germany and the creator of the theory of the Ukrainian Sovereign Fleet, which successfully adopted itself in Wikipedia.

So what to do? In Wikipedia, the choice of a status article is formally done by voting. We go to the appropriate Page and express your opinion. Even if the administration declares the article elected after that, having done so in spite of the majority, it will lose face. An important task is to bring the article to a normal mind, in the presence of a wide domestic historiography, this is not so difficult.

Ctrl Enter
Noticed oshЫbku Highlight text and press. Ctrl + Enter
We are
Revealed the secret of provocation in the American BostonAK-12 come up with in Israel? Galil Ace review
124 comments
Information
Dear reader, to leave comments on the publication, you must to register.