In Tripoli, an attack on the Russian Embassy 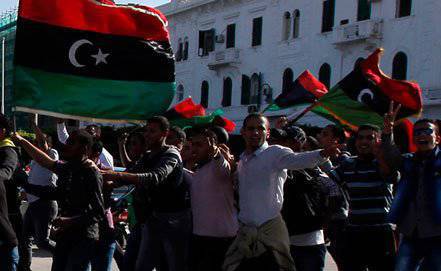 In Tripoli, shelling of the Russian embassy was made and an attempt was made to enter its territory, ITAR-TASS was told in the Information and Press Department of the Russian Foreign Ministry.

As confirmed corr. ITAR-TASS informed sources in the Libyan capital, none of the Russian diplomats was hurt.

“The attackers opened fire and threw the Russian flag,” they indicated. “At present there are no strangers on the territory of the diplomatic mission. The situation has been taken under control.” According to sources, the Libyan security forces are now searching for the attackers. Their identities have not yet been established.

Earlier, the satellite channel Al-Arabia reported that the Russian embassy had been attacked by unknown armed men. As the correspondent of the TV station working in Tripoli reported, in the area of ​​the diplomatic mission, shots were heard from an automatic weapons and rocket launchers.

The Information and Press Department of the Russian Foreign Ministry has already confirmed the fact of the attack, also stressing that "according to preliminary data, the diplomats were not injured."

This is not the first case of an attack on a Russian diplomatic mission in Libya. 5 February An unauthorized protest against the position of Moscow in the voting on Syria in the UN Security Council was held in Tripoli in 2012.

Ctrl Enter
Noticed oshЫbku Highlight text and press. Ctrl + Enter
We are
Reports from the militia of New Russia for 13-14 September 2014 of the yearBattle of Tripoli
Military Reviewin Yandex News
Military Reviewin Google News
22 comments
Information
Dear reader, to leave comments on the publication, you must to register.