Searches are conducted in the Dagestan pension ministry 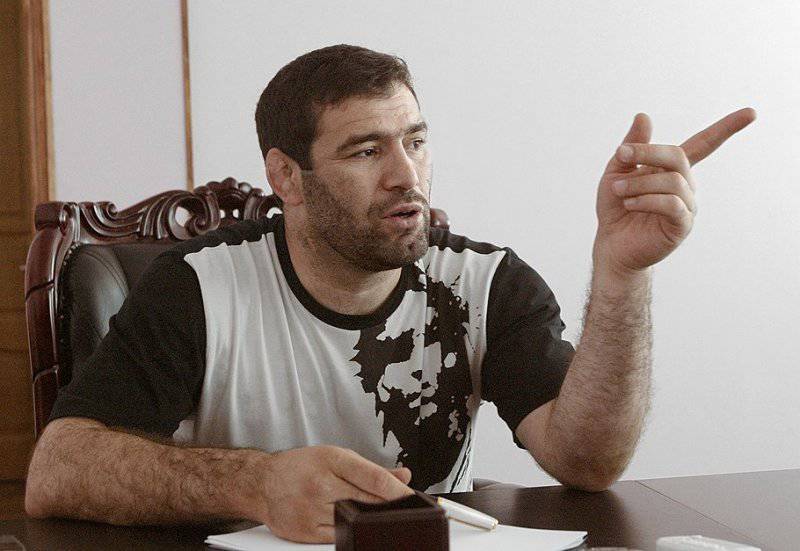 Officers of the FSB of Russia conducted searches in the office of the Pension Fund of Russia (UPFR) in Dagestan, led by one of the most respected republican politicians - Olympic champion in freestyle wrestling Sagid Murtazaliyev. According to one of the versions, the large-scale action of the power officials is aimed at achieving the replacement of Mr. Murtazaliev with a more loyal man to President Ramazan Abdulatipov.


After the appearance of the first information that special forces officers entered the building of the Pension Fund office, and it was surrounded by a large number of special vehicles, the fact of the check was confirmed by the press service of the UFMR. Verification of the security forces did not affect the operating mode of the foundation, they were assured there, but soon the building that was being monitored by the security forces had leaked out that the special forces had ordered ordinary male employees to gather on the same floor, and the female on the other. They were asked to take chairs with them, to hand over their phones and not to try to contact anyone. Heads of departments were collected separately. Soon, new details became known: the seizure of documents and the survey of responsible employees are carried out by the FSB officers and they are primarily interested in materials related to the payment of maternity capital. A similar verification of documents was carried out in the city branch of the fund. At the same time, the department’s press secretary, Albina Sunkuliyeva, denied rumors about the detention of her leader, Sagida Murtazaliyeva.

Meanwhile, a large accumulation of special equipment around the branch building paralyzed the traffic in the Dagestan capital, where collapse usually occurs even after a small rain, as its highways are overloaded. Soon practically the entire central part of Makhachkala got stuck in a traffic jam. In addition, branch offices from other cities and districts of the republic, as well as relatives of those who could not leave the building and even just call their loved ones, began to gather at the blocked building.

One of the deputy head of the department, suffering from cardiovascular insufficiency, became ill, and the security forces were forced to call the ambulance doctors. Soon, many ordinary employees of the foundation were allowed to leave the building, only the heads of departments and Sagid Murtazaliyev remained in it. The special vehicles in the area of ​​the building of the PFR office remained parked until late in the evening. According to unconfirmed information, the search was also carried out in Mr. Murtazaliev’s private household. However, no official information about the goals of the FSB officers who conducted the searches, and most importantly, the results of special measures was not reported until the end of the day.

In recent months, the name of Sagid Murtazaliyev has appeared in the press in connection with a high-profile criminal case, which investigators of the TFR central office conduct: a few months after the arrest of Makhachkala Mayor Said Amirov, it became known that he was suspected of preparing an assassination attempt on the head of the Pension Fund department. According to the version that was made public, Mr. Amirov's accomplices acquired the Strela-2M man-portable air defense system to shoot down a passenger plane with Mr. Murtazaliyev on board. The head of the department is involved in the case of the victims and helped the investigation to restore the picture of the organization of the assassination, which could lead to the death of dozens of people.

Now Sagid Murtazaliyev himself may be accused in a criminal case involving frauds on payments of maternity capital. This field of activity of the fund has long been a problem in Dagestan: advertisements for cashing in maternity capital hung almost all media suitable for spontaneous advertising - the walls of houses, pillars and the few trees that remained on the streets of the city. At the same time, local informed observers do not exclude that the whole idea of ​​a “militarized” separation check is nothing more than a way to put pressure on his leader, who should make room for a more loyal and less influential figure.

Ctrl Enter
Noticed oshЫbku Highlight text and press. Ctrl + Enter
We are
The action “Military service under the contract is your choice!” In Rostov-on-Don: future contract servicemen, exhibitions and “Russian Knights”Results of anti-terrorist work on Dagestan in April 2014
Military Reviewin Yandex News
Military Reviewin Google News
7 comments
Information
Dear reader, to leave comments on the publication, you must to register.