Friends of the United States: the illegitimacy of the Obama regime


At a recent meeting of the members of the “Friends of Syria” group, it was said that it was necessary to increase all-round support to opposition-minded citizens of Syria through additional cash infusions and supplies of modern weapons. 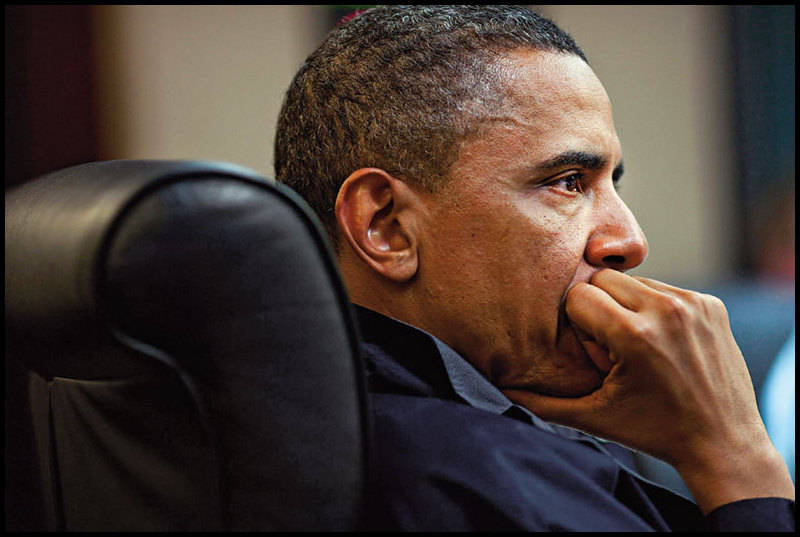 The will of the bearded Syrian democrats, mercilessly rolled out by the caterpillars of the advancing tanks tyrannical regime of Bashar al-Assad, requires urgent support! Now...

And what do we see? In fact, the founder of the “Friends of Syria” group, the most active defender of the rights of the oppressed Syrian people - the United States of America, stopped the anti-Assad rhetoric overnight?

What is the matter? Is the United States reconciled with the tyranny of the Syrian ogre? Did the despotic regime of black Barak decide to leave alone the president, who was equally despotically elected by the oppressed people of Syria?

Or stupidly ended the loot?

Most likely the last. The already oppressed all-round tapping, exorbitant taxes, violently suppressed demonstrations of the American people since October 1, unfortunately, 2013 of the year falls under direct financial cuts related to the inability of the black Obama regime to agree on the main items of the enslaving budget for 2014 a year.

How does this threaten simple American taxpayers? Just listen: unpaid leave for NASA employees looking for our brothers in mind, stopping the work of American zoos, turning into national parks owned by the American people, closed to the ghetto, shutting down the online broadcast from the aviary with nude pandas living in the Washington Zoo. Only from these points the blood in the veins is already cold.

But, this is only the beginning. They will not be able to go to work, just think about the 400 of thousands of Pentagon’s civilian specialists, thus making it difficult for the American apparatus to assist the bearded Syrian freedom fighters to live without it. Teachers, ministry staff. All of them will be forced to remain unemployed due to the actions, or rather, the inactions of the oppressive regime of Obama.

Increasing the sufferings of the American people will result in a daily loss of 300 million dollars for the already bending US economy.

Against this background, the head of the regime - Barack Hussein Obama is engaged in empty disputes with democratically elected representatives of the Republican Party of the United States of America, who argue that Obama’s ill-conceived short-term whim, also called “Medical Reform”, according to which 50 million Illegals and non-working elements living in the United States will be able to gain access to free medical care, and will require an even greater tax burden on the middle and large working classes of the United States.

Consider: already today, small American children are asking their parents the question: “Why is the entrance to the Statue of Liberty not free?” Even today, small furry pandas start tearing because they no longer see the red lights of working cameras in front of them.

Where are you, the group "Friends of the USA?"

Friends of the USA! Where are you at the moment when you are most needed? Already today, you need to put the question squarely: the inability of the Despot and his party assistant to come to an agreement with the Republican Party that defends the interests of the American people speaks about the end of the legitimacy limit of the former and a truly democratic source of legitimacy of the latter.

The unanimous decision of the group "Friends of the United States" despot Obama should be found guilty of crimes against the human attitude towards his own people. Prosecutors of the International Pyongyang Tribunal should begin collecting materials necessary to prove the guilt of the head of the American regime.

The accounts of those responsible for the suffering of the American people of the members of the “Democratic” party should be frozen everywhere, no matter where they are located: Iran, North Korea, Venezuela, Russia, and so on.

These measures are needed today! Indeed, in the near future, the black Obama regime should push the need for additional dues to the world economy. As you can see, the actions of the leader of the American regime require professional evaluation.

The democratically elected Republican Party should be recognized by the Friends of the USA group as the only source of state power that reflects the aspirations and hopes of the American people.

Truly, for the simple American people came the black period.

Syrian tyrant Assad will not soon hear fair remarks from overseas. For without the dough is not taught to live richly. So, in Syria everything will be as before: the bloody tyrant's troops will continue to crush bearded democrats gathered from all over the world. And this is good.