Alexander Prokhanov: Such appeals should be prosecuted 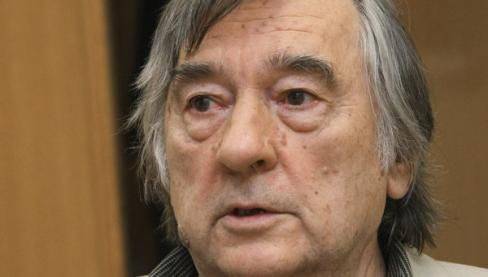 A criminal case must be opened against this gentleman, "he calls for the dismemberment of Russia," wrote writer Alexander Prokhanov to the newspaper VIEW. So he commented on the call of Professor HSE Sergey Medvedev for the transfer of the Russian Arctic under international jurisdiction.
The editor-in-chief of the newspaper “Tomorrow”, writer Alexander Prokhanov, on Monday reminded that a fight for the Arctic is underway, and warships not only from Norway and the United States, but also from China come to the region regularly.

“The Arctic is an object of battle. First, ideological, political, informational, and then military. In the conditions of this essentially military confrontation in the Arctic, which is the base area for strategic submarines of both Russia and America, there was a character from the Russian liberal establishment, which demands to withdraw the Arctic from under Russian jurisdiction. This is essentially an act of the enemy, a traitor, ”says Prokhanov.

Recall that in the Runet blogs over the weekend, a screenshot of the HSE professor Sergei Medvedev’s Facebook call was released. Referring to his experience of living in Chukotka, Medvedev writes that "Russia has not brought anything good to the Arctic and will not bring it." “In an amicable way, Russia, as a failed and irresponsible host, has the Arctic to take and hand over international jurisdiction like Antarctica with a total ban on economic and military activities,” wrote Medvedev.

Prokhanov compared the words of Medvedev with hostile propaganda, "which acts with impunity in the depths of the Russian information field." “Against this gentleman, it is necessary to initiate a criminal case, because he calls for the dismemberment of Russia, territorial redistribution, and this is a constitutional prohibition - the norm followed by criminal punishment. This is an act of high treason that this gentleman carried out in the process of the most complicated political and military operations addressed against Russia, ”he said.

Prokhanov emphasized that the Arctic is a zone of primordially Russian interests. “Tsarist Russia mastered the Arctic. It was mastered by the great USSR and continues to be mastered by Russia. In the Arctic during the USSR, a grand and powerful polar civilization took shape. There were installed military tracking centers, radar stations, research centers, villages were established. Paths were laid along the edge of the Arctic Ocean. A grand fleet was created: first icebreaking, civilian, fishing, and then military - strategic - a fleet of Soviet submarines, ”reminded Prokhanov.

According to the writer, after 1991, the Arctic civilization of the USSR was dealt a terrible blow, “but now Russia is recovering.” “Russia is starting to rebuild this arctic civilization. The arrival of the drilling platform in the Arctic zone is a fact of a new economic and ideological development of the Arctic. It is very surprising that strategists who act directly or indirectly against Russian national interests have built their nests in the HSE. Mr. Medvedev is a complete Gaydarovets, an adherent of a foreign civilization, a foreign military and strategic force, ”Prokhanov is sure.

Ctrl Enter
Noticed oshЫbku Highlight text and press. Ctrl + Enter
We are
A.A. Prokhanov on Echo about Berezovsky, Navalny, the hero of labor, about Bashar Assad, about Syria, Libya, KoreaThe race for the Arctic is accelerating. Whose Russian North will be?
Military Reviewin Yandex News
Military Reviewin Google News
83 comments
Information
Dear reader, to leave comments on the publication, you must sign in.