Release of Buran-type spacecraft may resume in Russia

October 2 2013
151
As part of the Russian Arms Expo-2013 exhibition in Nizhny Tagil, Deputy Prime Minister Dmitry Rogozin made a sensational statement that the release of Buran-type spacecraft could be resumed in the country. “The future aircraft will be able to rise into the stratosphere, space technology can already work today in both environments, for example, Buran, which is well ahead of its time. In fact, all these spaceships are the 21st century and whether we like it or not, we will have to return to them ”, RIA quotes Dmitry Rogozin News. At the same time, domestic experts disagree on the rationality of such a step. Yes, and believe everything that Russian officials say, perhaps not worth it. A striking example is a much smaller project to resume the production of transport aircraft "Ruslan", which, in fact, advanced no further than talk on this topic.


At one time, the program "Energy-Buran" very costly to the Soviet budget. For 15 years of this program (from 17.02.1976 to 01.01.1991), the USSR spent 16,4 billion rubles on it (at the official exchange rate more than 24 billion US dollars). During the period of maximum intensity of work on the project (1989 year), this space program was allocated up to 1,3 billion rubles (1,9 billion dollars) annually, which accounted for 0,3% of the total budget of the Soviet Union. In order to understand the scale of these figures, you can compare the program with the construction of AvtoVAZ from scratch. This large-scale Soviet construction cost the state 4-5 billion rubles, while the plant still functions today. And even if we add here the cost of building the entire city of Togliatti, the amount will be several times less.

“Buran” is an orbital spacecraft-cosmoplan of the Soviet reusable transport space system (MTCS), which was created as part of a larger program “Energy - Buran”. It is one of the 2-x implemented MTCT orbital programs in the world. The Soviet Buran was a response to a similar US project called the Space Shuttle, which is why it is often called the Soviet shuttle. Its first and, as it turned out, the only flight of the reusable spacecraft "Buran" performed in fully unmanned mode 15 November 1988 of the year. The lead developer of the Buran project was Gleb Evgenievich Lozino-Lozinsky. 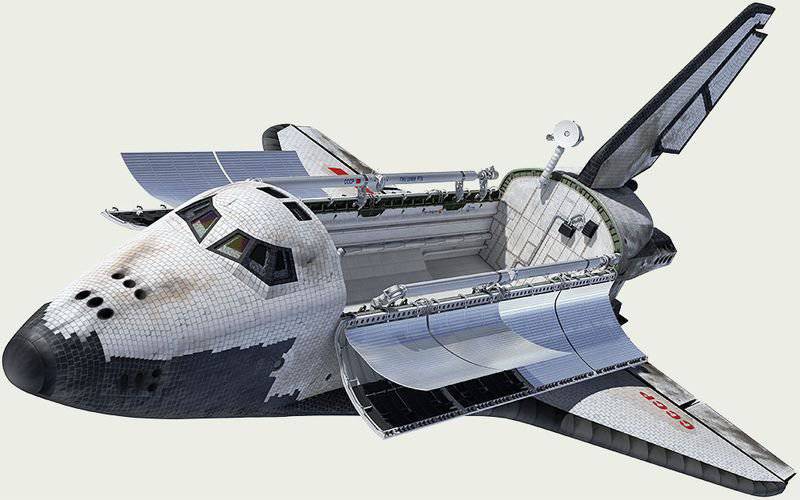 In total, the 2 ship was fully built under the Energy-Buran program in the USSR, another was under construction (readiness level 30-50%), another 2 spacecraft were laid. The reserve for these ships after the closure of the program was destroyed. Also within the framework of the program, 9 technological layouts were created, which differed in their configuration and were intended for a variety of tests.

“Buran”, like its overseas counterpart, was intended for solving defense tasks, launching various spacecrafts and facilities and their maintenance into near-earth orbit; the delivery of personnel and modules for assembling in-orbit interplanetary complexes and large-sized structures; development of equipment and technologies of space production and delivery of products to Earth; the return to Earth of exhausted or defective satellites; other passenger and cargo transportation along the Earth-to-space-to-Earth route.

Corresponding Member of the Russian Academy of Cosmonautics. Tsiolkovsky Yuri Karash expressed his doubts about the need to revive the system. According to him, the Buran was an analogue of the American shuttle, the decision to build which was made by Richard Nixon. Therefore, the problems faced by the Americans, it is quite possible to project on the Buran.

To begin with, we will answer the question, why the Space Shuttle system was created. Here were a number of factors, one of which can be called the pioneering cosmic enthusiasm that reigned even then in the world. People assumed that they would soon explore outer space as intensively and as extensively as they did with unknown territories on Earth. It was planned that a man would fly into space long and often, and the number of customers delivering their cargo into space would be impressive. Therefore, at the time of the emergence of the idea of ​​building the Space Shuttle system, the people who offered it believed that they would fly into space almost every week. 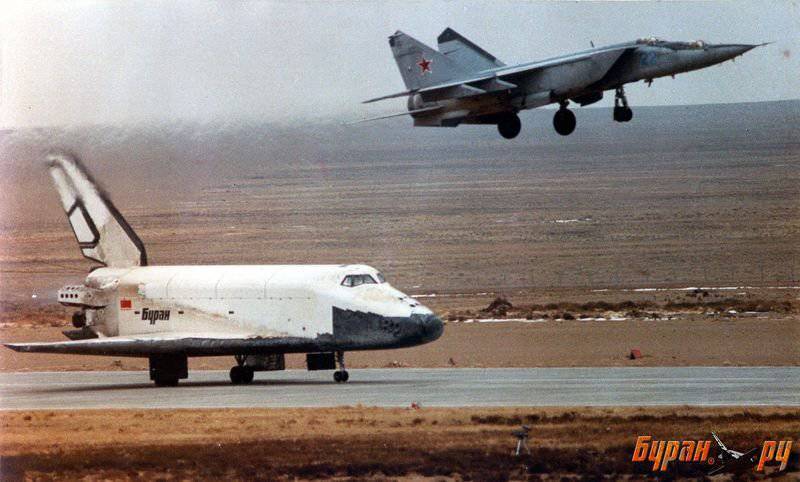 And this in turn triggered the law of large numbers. That is, if you do something often enough, then the price of such a single action decreases, the project developers believed that the price of one flight of the Shuttle would be almost equal to the price of a regular transport plane. Naturally, it turned out that this was far from the case, but only when the Space Shuttle really began to fly into space. On average, he did not make more than 4-5 flights per year, and therefore the launch cost was huge - the amount reached 500 million dollars, which significantly exceeded the cost of launching one-time carriers. Thus, the project was not justified from a financial point of view.

Secondly, the Space Shuttle project was designed as weapons. It was supposed to equip it with bomb weapons. In this case, the spaceship could descend over the territory of the enemy, drop the bomb, and then go back into space, where it would be out of reach for the enemy’s air defense weapons. However, the Cold War came to an end, and secondly, in the same period of time, a very strong qualitative leap made rocket weapons, respectively, and the device did not justify itself as a weapon.

Thirdly, it turned out that shuttles are a very complex and insufficiently reliable system. It turned out under rather tragic circumstances, when 26 January 1986, the shuttle exploded Challenger. At this point in the United States realized that putting all the eggs in one basket is not profitable. Before that, they believed that the presence of their space shuttles would make it possible to abandon Delta, Atlas and other disposable launch vehicles, and everything could be put into orbit using space shuttles, but the Challenger crash clearly demonstrated that it was not worth it. As a result, the Americans still completely abandoned this system. 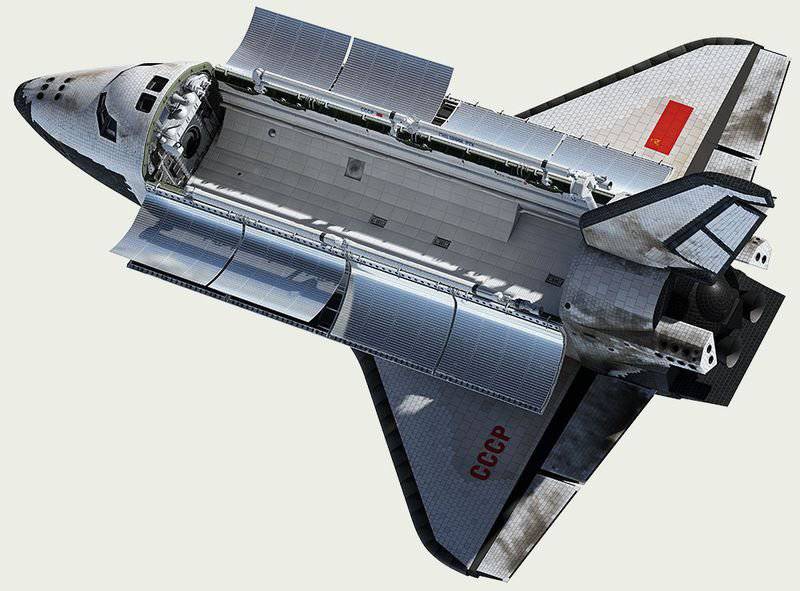 When Dmitry Rogozin announces the resumption of programs like the Buran, a quite reasonable question arises: where will these ships fly? It is very likely that the ISS will go out of orbit by 2020, and then what? Why would Russia have such a ship to just fly into space on the 2-3 of the day, but what is there to do in these 2-3 of the day? That is, we have a beautiful, but at the same time completely whimsical and ill-conceived idea, believes Yuri Karash. With this system, Russia will simply have nothing to do in space, and commercial launches today are very well carried out with the help of ordinary disposable launch vehicles. Both the American Space Shuttle and the Soviet Buran were good when it was necessary to put a large load of 20 tons in the cargo hold and deliver it to the ISS, but this is a fairly narrow circle of tasks.

Moreover, not everyone agrees that the very idea of ​​returning to Buran-type systems does not have the right to life today. A number of experts believe that if there are competent tasks and goals, such a program will be necessary. This position is held by the president of the St. Petersburg Federation of Cosmonautics Oleg Mukhin. According to him, this is no step back; on the contrary, these devices are the future of astronautics. Why did the United States in its time refused to shuttle? They simply did not have enough tasks for them to ensure that the ship was justified from an economic point of view. They had to make at least 8 flights annually, but at best, they were in 1-2 orbit once a year.

The Soviet Buran, like its overseas counterpart, was well ahead of its time. It was assumed that they could throw 20 tons of payloads into orbit and take as many of them back, plus a large crew in 6 people, plus landing on an ordinary airfield - all this can certainly be attributed to the future of world space exploration. At the same time, they can exist in various modifications. Not so long ago in Russia there was a proposal to build a small Clipper 6 local spacecraft, also winged and with the possibility of landing on an airfield. Everything here, ultimately, depends on the tasks and funding. If there are tasks for such devices - assembling space stations, assembling at stations, etc., then such ships can and should be produced.