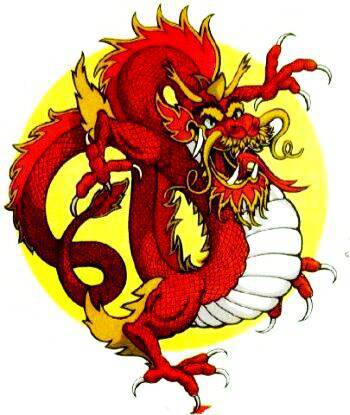 The PRC is booming, but in this growth there is a terrible danger hidden, if it stops, then you can collapse under the yoke of social and economic problems.

But for further growth external resources are needed. Beijing penetrates Latin America, already competes on equal terms with European and American companies on the Black Continent. Increasing influence on the countries of South-East Asia, absorbs energy resources of the Gulf countries, coal and iron from Australia.

But most of all he is interested in the northern strategic direction, there is located almost deserted, compared with China, Mongolia, Siberia and Kazakhstan. With Russia, China does not spoil relations yet, Moscow allows the PRC to receive everything necessary and so.

Kazakhstan and Mongolia are an ideal option for China’s foreign expansion. There are no serious armed forces, few people, vast territories, so necessary for the existence of the PRC resources.

- A huge deserted territory: total 16 million people, 6 people per square. km., this is 9-I area of ​​the world (2,7 million sq. km.). That is, an excess population of the PRC can be resettled to this territory.

- Water resources of Kazakhstan are of great importance for Beijing. China has very serious problems with water, some water sources are dirtied, and new sources are needed for the development of agriculture and the supply of clean water to the population. In Kazakhstan, they are. China is already taking water from the Black Irtysh and Ili, reducing the flow of water to Kazakhstan. China is actively developing agriculture in the border Xinjiang Uygur Autonomous Region. The Black Irtysh-Karamay canal is being built, which is why we will soon witness the “Chinese-style” turn of the Irtysh, which will lead to the cessation of water supply to the Balkhash and Zaisan lakes, naturally without water inflow, they will gradually dry out and desertification of East Kazakhstan will begin. Beijing does not care about the future problems of Astana and the Kazakhs, its water code resolves to solve the “water issue” in favor of Chinese civilization. Beijing has not joined the “International Convention on the Use of Transboundary Watercourses”. Kazakhstan cannot oppose anything to this, it has no levers of pressure on Beijing. Attempts by Astana to diplomatically resolve the issue lead nowhere; Beijing ignores the problem.

- Historical the concept of China believes that a significant part of the land of Kazakhstan is the territory of Western China. Only the defeat of the Arabs in the 8th century did not allow China to establish itself on these lands.

- Kazakhstan is interesting to Beijing from a strategic point of view, as an exit to the Caspian Sea, Russia, a bridge to Europe.

- China is already carrying out financial and economic expansion, turning Astana into a vassal of sorts. The country's energy resources are put under control, the most important natural resources - in the first place enterprises of oil production, oil refining, and gas industry are bought up. When the global financial crisis began in 2008, Beijing deftly took advantage of this and pulled Astana out of the pit by issuing multi-billion loans. In 2008, China controlled 21% of Kazakhstan’s oil production. In the 2009 year, by issuing a loan of 10 billion dollars, Beijing received an 49% stake in Mangistaumunaigas (MMG) and access to uranium deposits. China’s share in Kazakhstan’s oil production is almost equal to that of Kazakhstan. China is crushing the local pipeline system for itself, investing in the construction of new ones with might and main. A gas pipeline is being built from Turkmenistan, China is reducing its dependence on Gazprom supplies.

- The Kazakh political elite is increasingly under the control of Beijing, the “Kazakh economic miracle” was saved by the PRC. Only this saved the country from the most severe socio-economic crisis.

- The multi-vector policy of Astana (on the USA, the European Union, Russia, and the PRC) failed. The West, like China, needs only resources; nobody remembers about ordinary Kazakhs.

- China has already begun to settle in Kazakhstan, it already has a community of about 300 thousand people.

- The military weakness of Kazakhstan, the size of the army is about 70 thousand people, along with the border guards, the Ministry of Internal Affairs, the Guard, the Ministry of Emergency Situations - about 105 thousand people. The PRC Army will crush the Kazakh forces almost instantly. Yes, and Kazakhstan has neither human reserves, nor a powerful economy to create an army that can withstand the forces of the Yellow Dragon.

The only opportunity for the Kazakhs not to become Chineseperhaps not by military means (if there are no major political crises on the plan), but by economic and demographic, back to the Russian world.

Russia is also not very profitable absorption of Kazakhstan by China, we have so huge border in the East, and so China will already border on the European part of Russia. 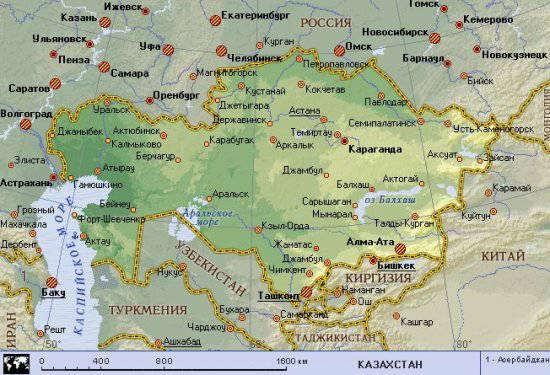 China’s actions in Mongolia are not diverse; China ingeniously economically absorbs this country, turning it into its northern province literally before our eyes.

- Huge - 1,5 million square meters. km (18-I in the world) territory, with a population of 2,7 million people, we can say empty land, less than 2 people per square kilometer.

- There are deposits of copper, coal, molybdenum, tin, tungsten and gold, gas, oil. It is very important that large reserves of uranium are found. Coking coal is important for the PRC for its steel industry. In economic terms, a large dependence on Russia (almost all electricity and petroleum products) and the PRC (most of the exports go there). And the transit of goods to the world market is possible only through Russia and China, there is no way out to other states, or to the sea, Ulan Bator. The economic influence of the PRC is constantly growing, it already controls almost all small and medium-sized businesses, and is approaching large ones. Beijing gives Mongolia favorable loans, increasing the dependence of Ulan Bator.

- The military capabilities are almost zero - an army of about 9 thousand people (2007 year). That is, if Beijing wants, then you can simply enter and occupy the territory.

- China is actively settling Mongolia with its workers, as in Russia in the Far East and Siberia.

- Historically, the People's Republic of China believes that Mongolia is part of Inner Mongolia, which is now part of China. Until 1911, Mongolia was under China, only then, with the support of the Russian Empire, the Mongols achieved independence. Then Mongolia was under the protectorate of the Russian Empire, and most likely only the 1917 revolution of the year, interrupted the process, the inclusion of Mongolia into the Russian civilization. The Chinese regained power over Mongolia, but not for long - in 1921, White Guard units under the command of an eccentric personality Baron Ungern von Sternberg knocked out the Chinese. They were defeated by the Red Army, and Mongolia became part of the socialist camp - on the whole, having won a lot from friendship with the Soviet Union. But we don’t have to complain either - the Mongols were one of our most devoted friends. After the death of the Red Empire, the resulting vacuum began to fill China and Western countries (USA, Canada), but Beijing is in a better position - it is near.

- China is leading a cultural offensive on Mongolia, improving its image by building houses and business centers in the capital of Mongolia. Begins to form the pro-Chinese intellectuals in Mongolia, allocating grants to study hundreds of students in China, thus forming the future political elite focused on the PRC.

In Mongolia, there are still quite a few supporters of the Russian civilization, many people remember our friendship. They remember that the Russians saved them from the Chinese genocide and assimilation, from the threat of being captured by Japan in the 30s. They know that in Inner Mongolia, China conducted a "Chinaization", practically destroying Mongolian culture and do not want a repetition of this in Mongolia. According to opinion polls: the majority of the population is in favor of a strategic partnership with Russia, followed by the United States, Japan, and China. The government in Ulaanbaatar tried to conduct a balanced policy in 90-s, maneuvering between Russia, China and Western companies.

Russia is extremely not profitable absorption of the Chinese civilization of Mongolia. From an economic point of view, we will lose important resources and the market for Russian goods, from the military - we will increase the length of the border under a possible blow (we are in favor of a peaceful Mongolia by our neighbor), strategic - we will lose friendly people to us. The Mongols, by virtue of their small number, almost immediately (by historical standards) will lose their originality.

Moscow must make every effort to maintain its influence in Mongolia. To save the Mongolian peoples. Apply a wide range of economic, cultural methods. The people of Mongolia will support such a strategy, they do not want to "Sinicize". Over time, Mongolia may become part of the Russian civilization. 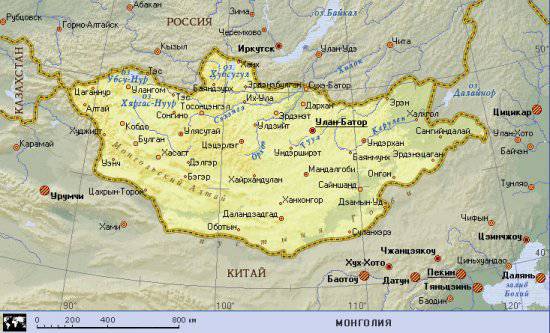