October 2 2013
3
Dornier Do.31 is an experimental vertical-take-off jet landing aircraft. The machine was created in Germany by Dornier. The customer was the military department, which required a tactical transport aircraft. 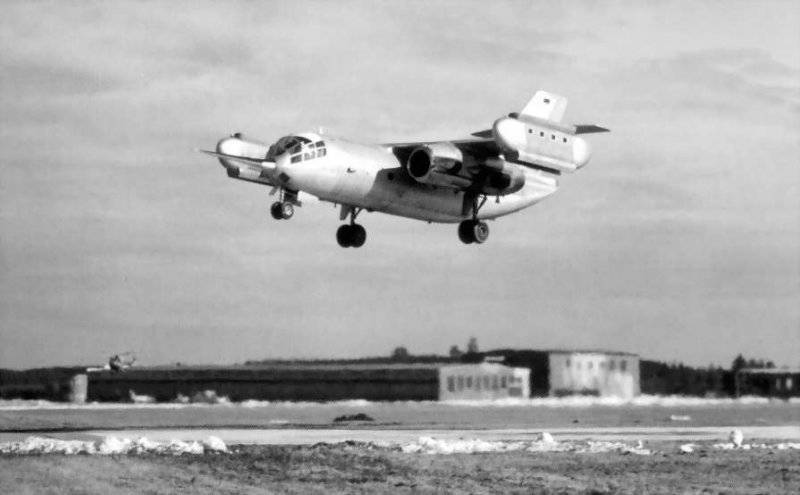 In the 1960s, many countries focused on the development of vertical take-off and landing aircraft. For example, in the UK, Hawker P.1127 was developed. Thus, British designers demonstrated the possibility of creating a vertical take-off and landing fighter-bomber. Naturally, their success gave the opportunity to begin to consider this system for transport vehicles. One of these machines was developed in Germany.

In 1960, the company "Dornier" ("Dornier"), by order of the German Ministry of Defense in the strictest secrecy, began to develop a draft tactical military transport aircraft vertical takeoff landing Do.31. The new machine was supposed to have a combined power plant of lift-marching and lifting engines. The Dornier company carried out design work in conjunction with the Focke-Wulf, Weser and Hamburger Flygzeoigbau firms, which in 1963 merged into aviation WFV company. The Do.31 project is part of the FRG program for the development of vertical take-off and landing transport aircraft, in which tactical and technical requirements of NATO MBR-4 for the military transport aircraft GDP were redesigned and taken into account.

In 1963, with the support of the British Ministry of Defense and the Federal Republic of Germany, a two-year agreement was concluded on the participation of the British firm Hawker Siddley in the design of the aircraft. This choice was not accidental - the British company had already had a great experience in developing a vertical take-off and landing aircraft, the Harrier. But in the 1965 year, after the expiration of the contract, it was not resumed, since Hawker Siddley began developing its own projects. Therefore, Dornier decided to involve American companies in the design and construction of Do.31, and further agree with NASA on joint research.

Before the design of the Do.31 aircraft, extensive testing of models was carried out in Germany - in Göttingen and Stuttgart, as well as in the United States - at NASA. The first models of nacelles with lifting turbofan engines did not have, since it was assumed that the power plant would consist of only two lift-marching turbofan engines in Bristol Siddley BS.100 (thrust each 16000 kgf) with afterburner in the fan circuit. In 1963 year at NASA in the Research Center. Langley tested aircraft models and individual structural elements in wind tunnels. Later tested the model in free flight. 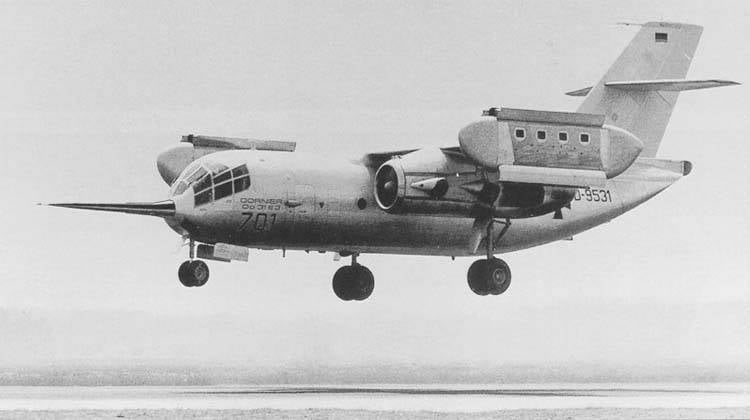 According to the results of these studies have developed the final version of VT.VPP Do.31 with a combined power plant of lifting and lifting and cruising engines. To study the stability and controllability of the machine with a combined power plant in the mode of hovering, an experimental flying stand of a cruciform shape in the plan was created in Dornier. In the power plant of the stand, four Rolls-Royce RB.108 engines were used, mounted vertically on a transverse truss. The internal pair of engines was fixed (the thrust of each was 1000 kg). The outer pair was differentially deflected relative to the transverse axis by an angle of + 6 degrees, thus providing pathway control. The external engines generated over 730 kg, the remaining stock was used for transverse control of the stand. The longitudinal control was carried out using an inkjet system, and the transverse control - by a differential change in the thrust of external turbojet engines.

Stand dimensions were the same as those of the Do.31 aircraft, take-off weight was 2800 kg. The total thrust of the engines during the tests was 3000 kgf, providing the 1,07 thrust-to-weight ratio. At the stand, by the end of 1965, 247 flights were made. To study the stabilization and control system, another bench was used, mounted on a pivot bearing, which allowed for angular displacements with respect to three axes.

An experimental aircraft was developed to test the design, test systems, and test aircraft piloting techniques, which was designated Do.31E. The German Defense Ministry ordered three cars. Two aircraft were intended for flight, the third - for static tests.

The aircraft was made according to the monoplane scheme, had a combined powerplant consisting of lifting and cruising turbofan engines and lifting turbojet engines.

The fuselage is a metal-type semi-monocoque. The cross section is round, with a diameter of 3,2 meter. In the bow of the double cabin was located crew. Behind the cabin there was a cargo cabin of size 9200x2750x2200 mm and volume 50 м3. 36 paratroopers or 24 injured on stretchers could be placed in the cockpit on reclining seats. The tail section was equipped with a cargo hatch with a loading ramp.

The powerplant of the Do.31 aircraft combined is a lift main engine and a lift engine. It was originally planned to install two Bristol Pegasus turbofan engines in each of two internal nacelles and four Rolls-Royce RB162 lifting engines in a pair of external nacelles. However, in the future, the power plant was changed. 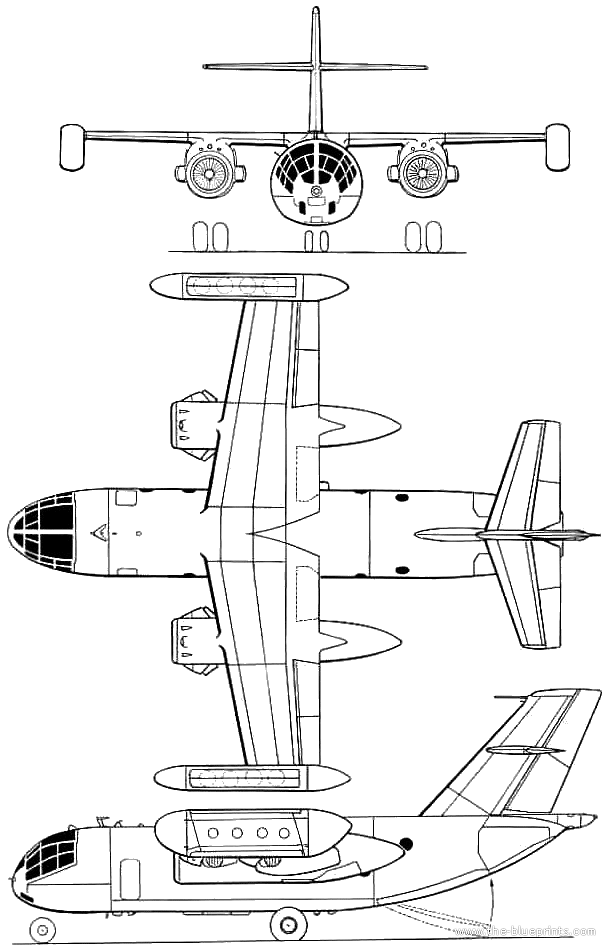 Eight lifting TRD Rolls-Royce RB. The 162-4 (thrust of each 2000 kgf) was installed at the ends of the wing in two gondolas, four each. The engines were equipped with nozzles with deflectors that deflect the gas flow 15 degrees backwards or forwards, and have common air intakes with flaps in the nacelles. Length 1315 mm, diameter 660 mm, weight 125 kg.

At the first experimental Do.31, only Pegasus engines were installed, all 10 engines were mounted only on a second machine.

Fuel was placed in the wing in five tanks with a capacity of 8000 liters. The fuel was supplied to the engines from the central tank, where it came from the rest of the tanks.

The tail plumage is swept. The span of the stabilizer located on the keel is 8 m, the area is 16,4 m2, the sweep angle on the leading edge is 15 degrees. The keel sweep angle (area 15,4 m2) is 40 degrees 1 / 4 chords. The elevator is four-section, each section has a separate hydraulic drive. Each of the two rudder sections is also equipped with a separate hydraulic drive. 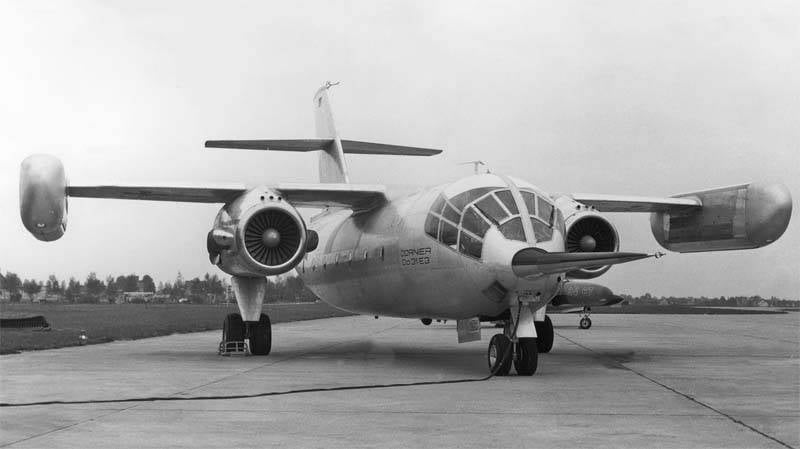 In horizontal flight, conventional aerodynamic rudders were used to control. In the hover mode, when flying at low speeds and transients, an inkjet control system was used. Longitudinal control is carried out using jet nozzles located in the rear fuselage. Compressed air was taken from the TRD: a pair of nozzles directed the air up, the other pair - down. For transverse control, the thrust of the lifting engines was differentially changed, the track - nozzle of the right and left turbofan engines deviated in the opposite direction. Vertical movements in the hover mode were achieved by varying the thrust of the turbofan. The given flight altitude was maintained using an auto-stabilizing system.

The cab was fitted with equipment standard for military transport aircraft with the automatically stabilizing system of the Bodenseeverke company. 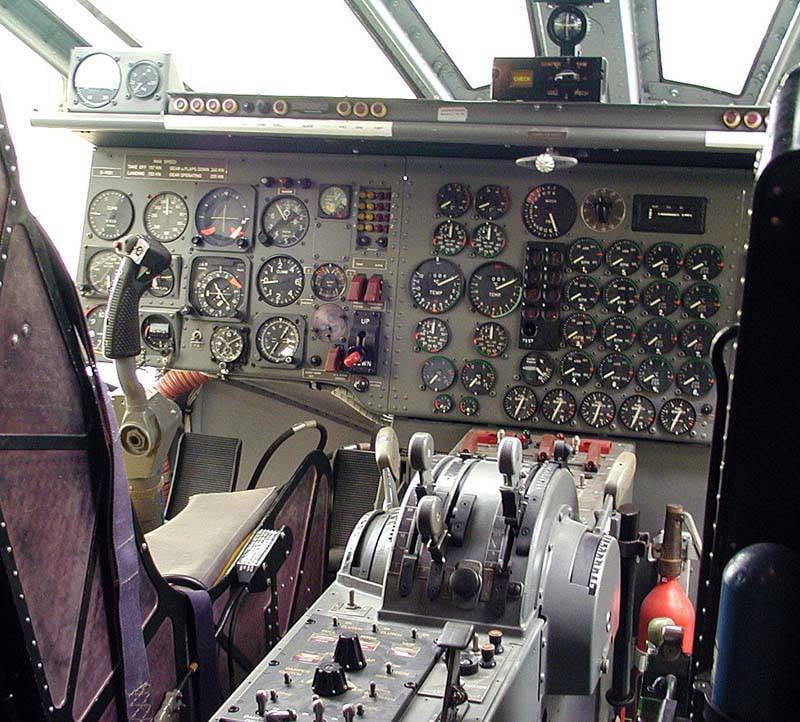 As mentioned earlier, three instances of Do.31 were built. The first Do.31-1 10 February February 1967 of the year with the Pegasus engines took off. The second car took to the 14 July 1967 of the year, having already all the 10 engines. 16 December 1967 of the year on this plane made the first transition from vertical takeoff to horizontal flight, and the transition to vertical landing from horizontal flight was made five days later. In the 1969 year, the Do.31, during its flight to the Paris Air Show from Munich, set several new records for planes with vertical jet propulsion. In 1969-1970, a third copy of Do.31-3, designed for static tests, was evaluated in the United States. In the 1969 year, the Do.31 was first introduced at the Paris Air Show, making it the world's first vertical transport jet to take off and land.

Aircraft Do.31 was and remains the only ever built jet transport VTOL. The test program was terminated in April 1970. The reasons for the termination of the program were the relatively low speed, payload and range of the car in comparison with the transport aircraft of the traditional scheme. 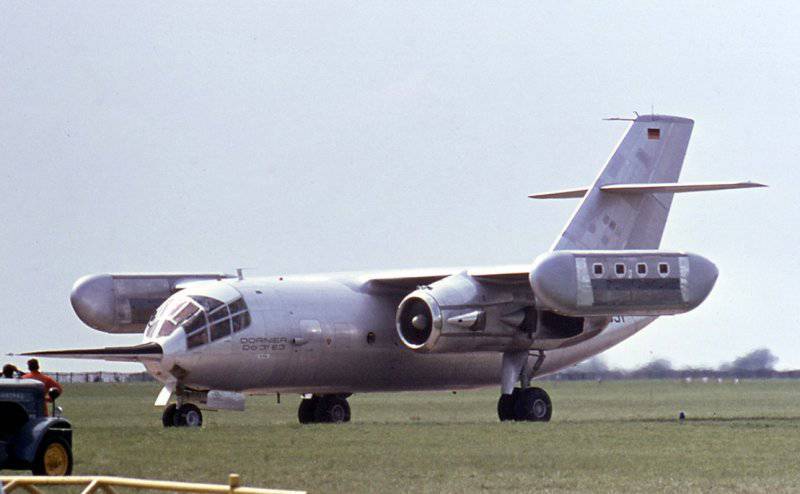 So far, of the three Dornier Do.31 instances built, two have been preserved - E1 and E3. The first is located in the city of Friedrichshafen in the Dornier Museum, the second in the city of Schleissheim near Munich in the exposition of the Deutsches Museum. 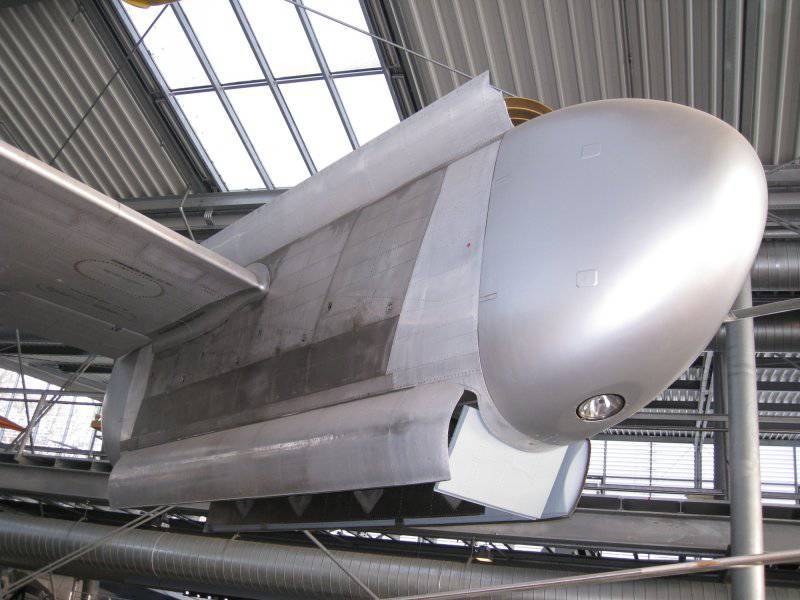 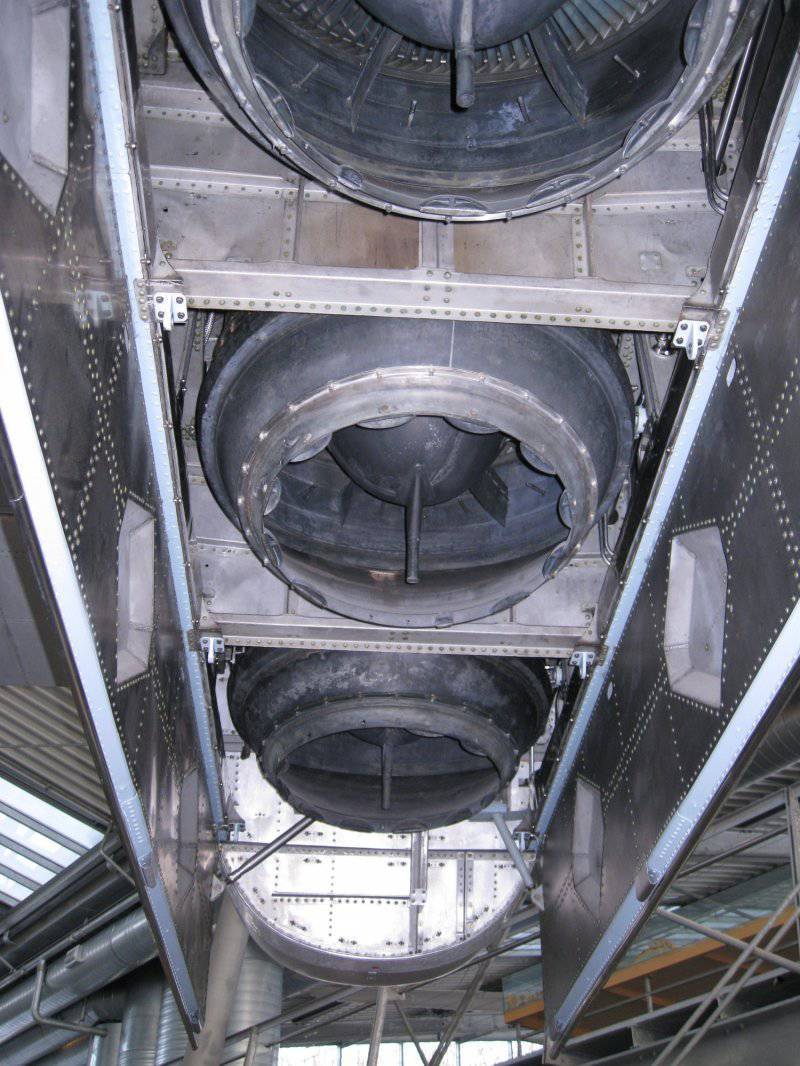 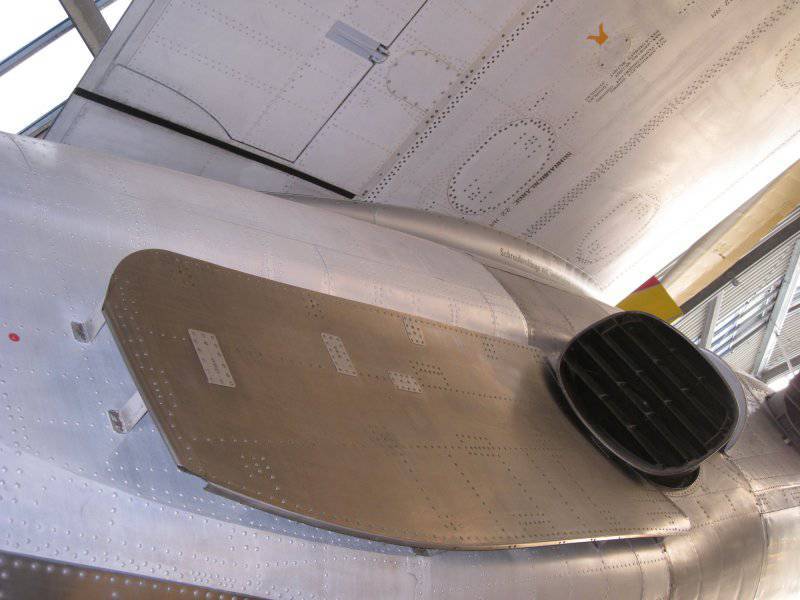 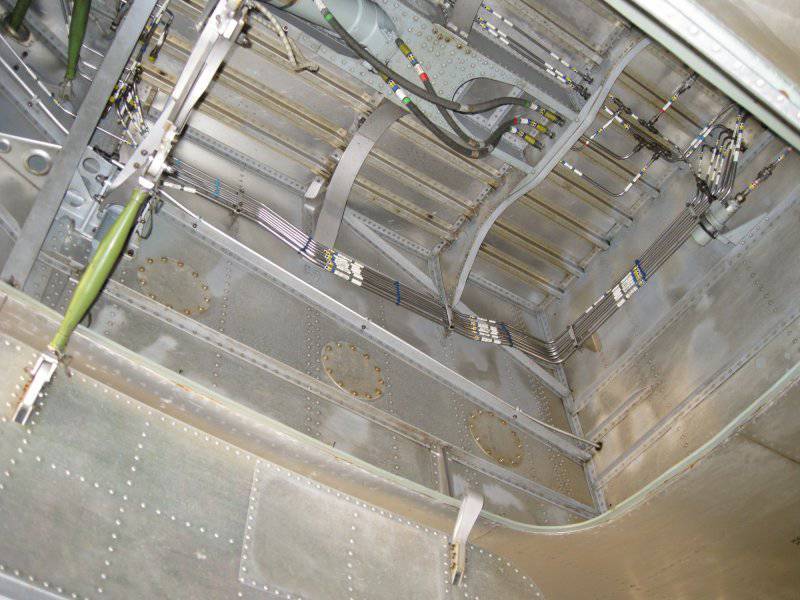 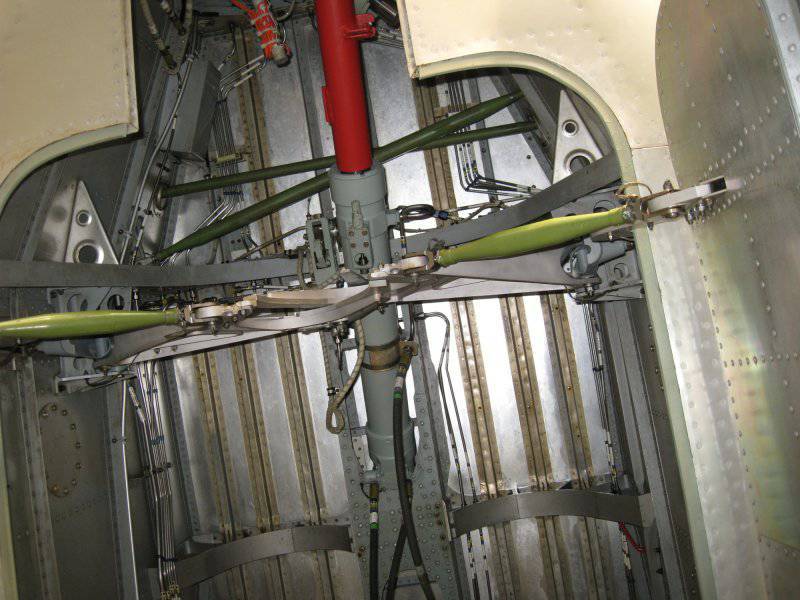 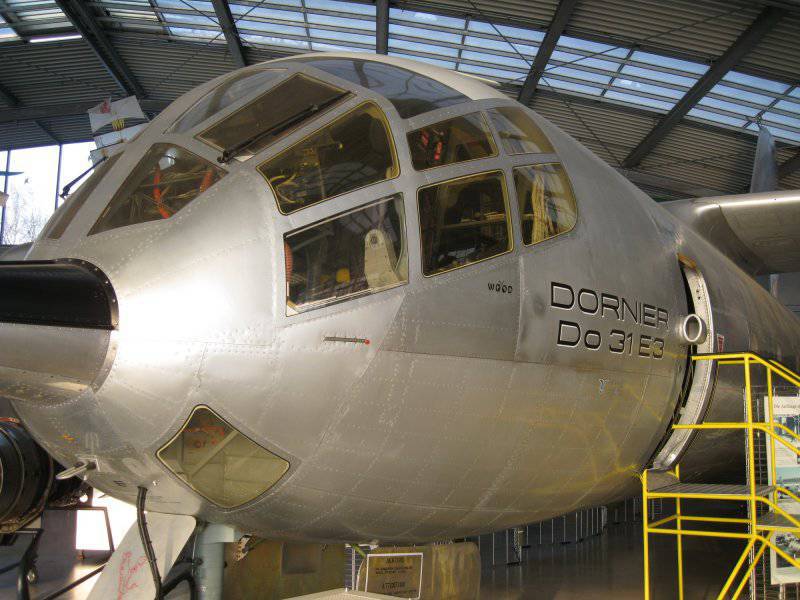 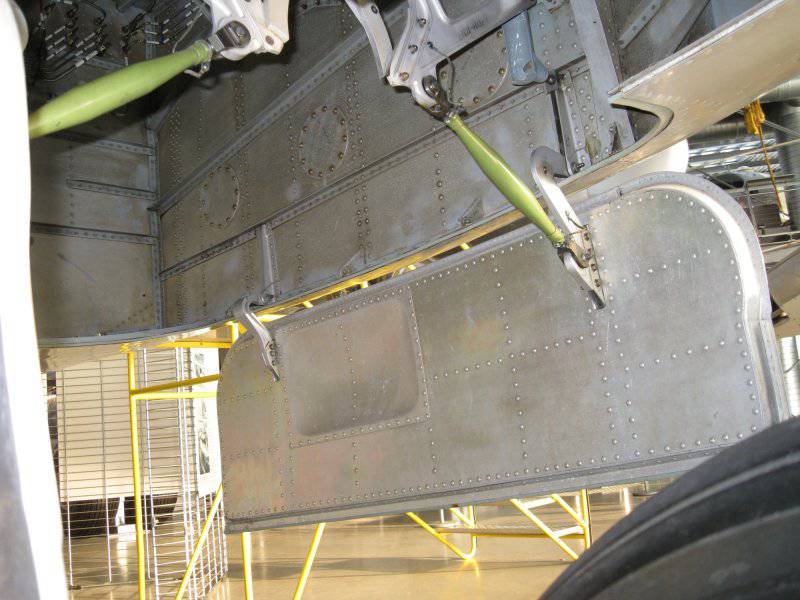 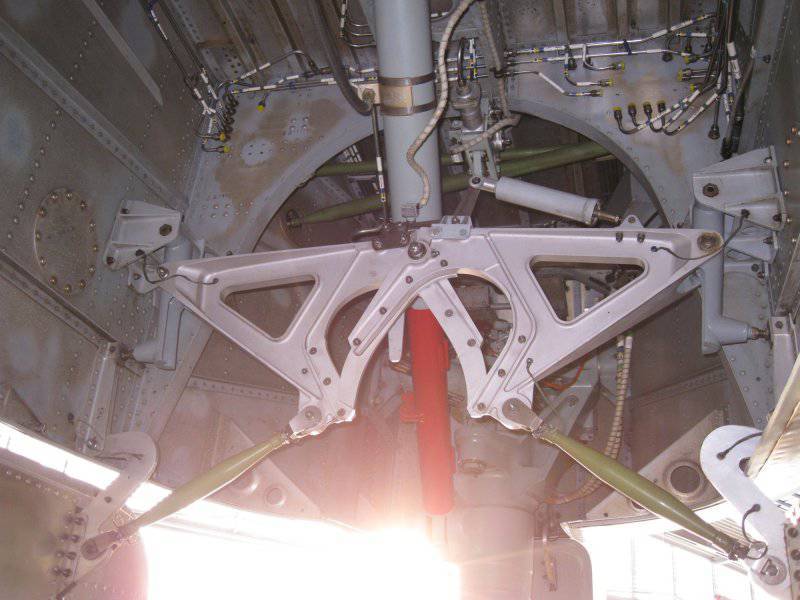 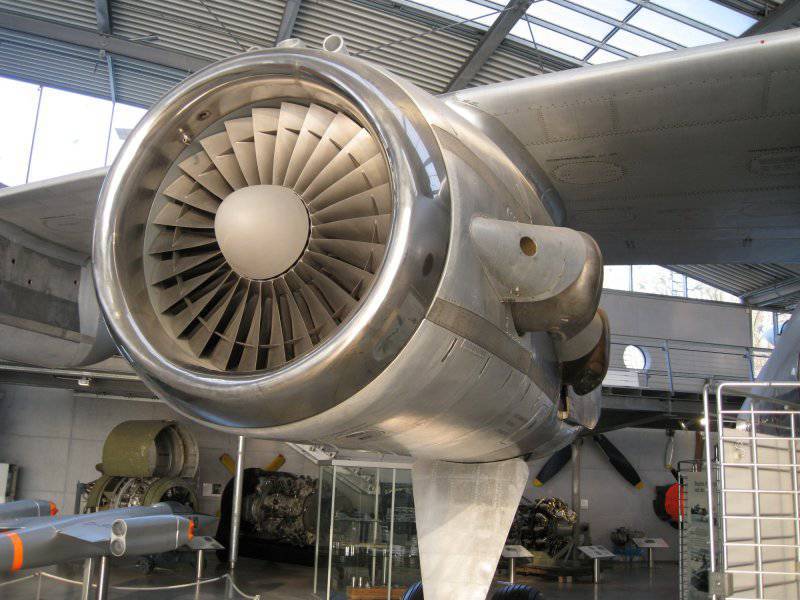 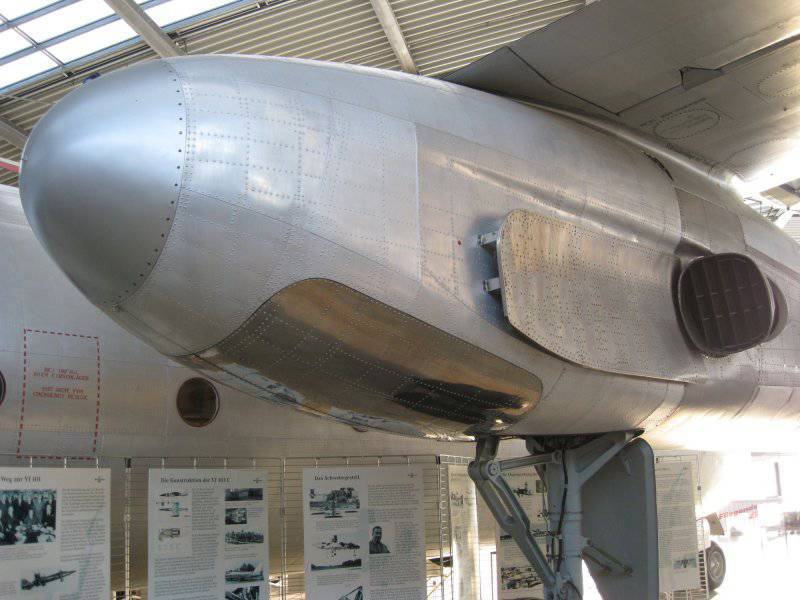 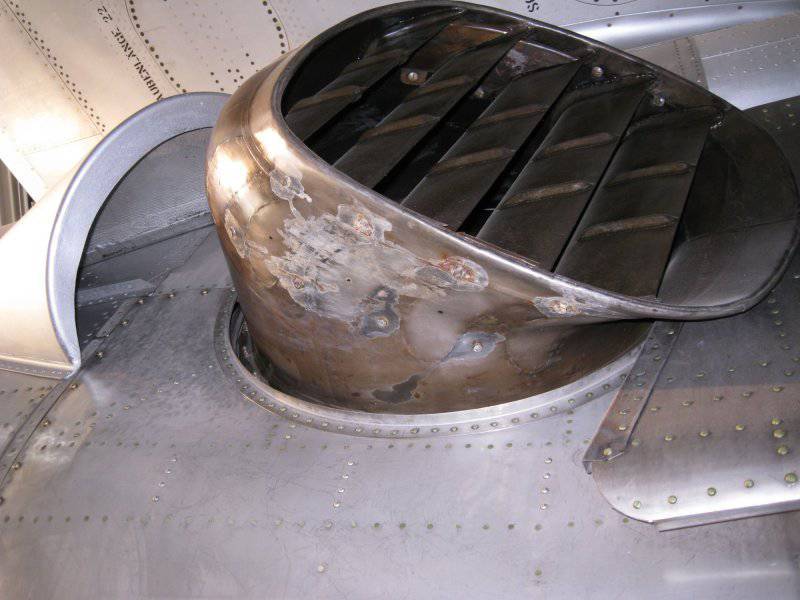 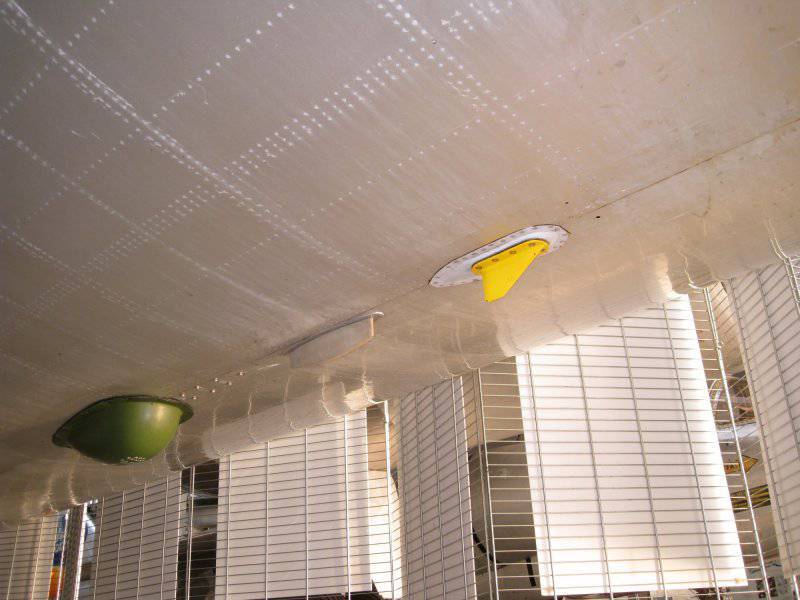 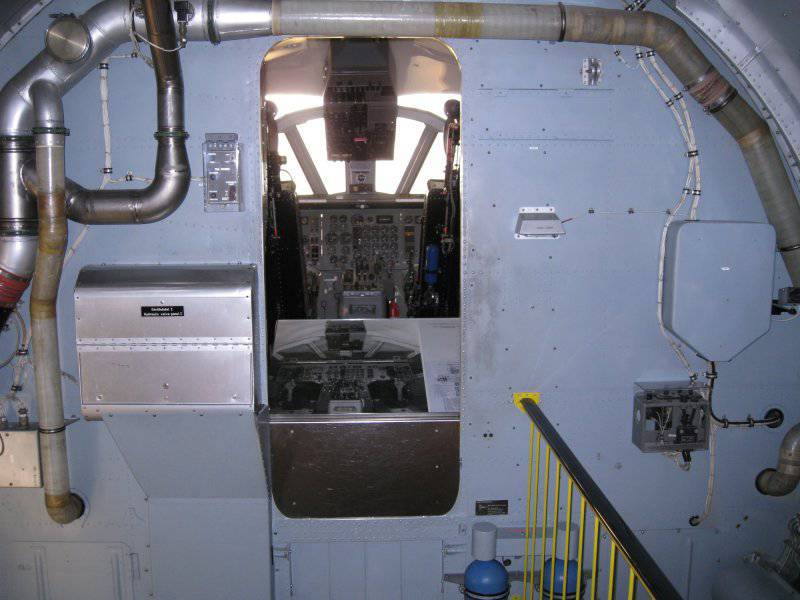 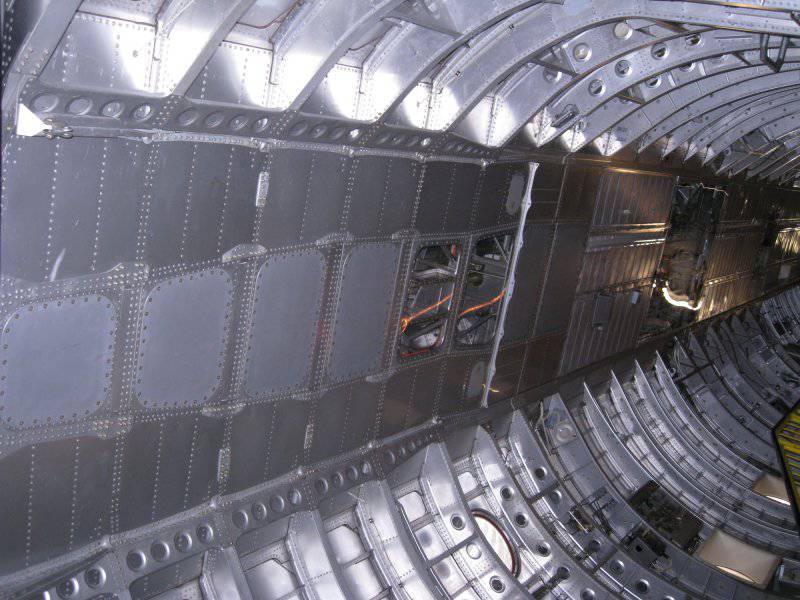 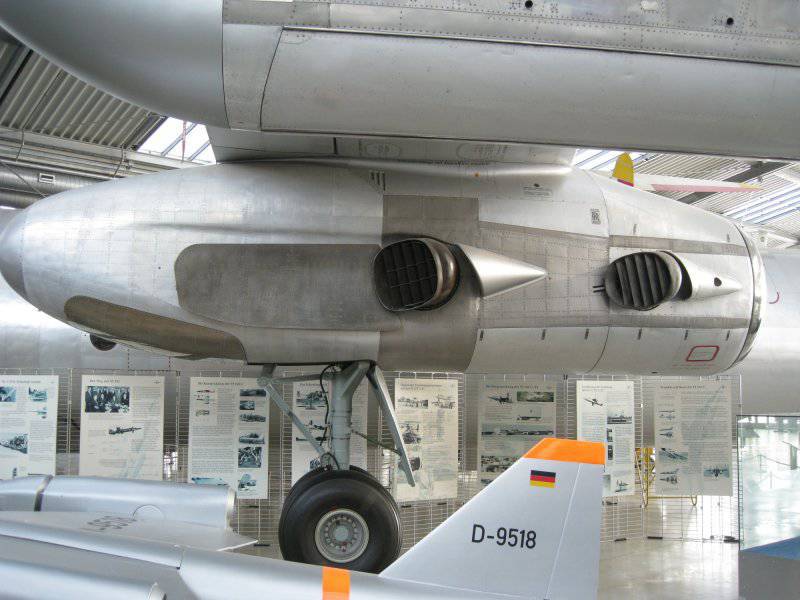 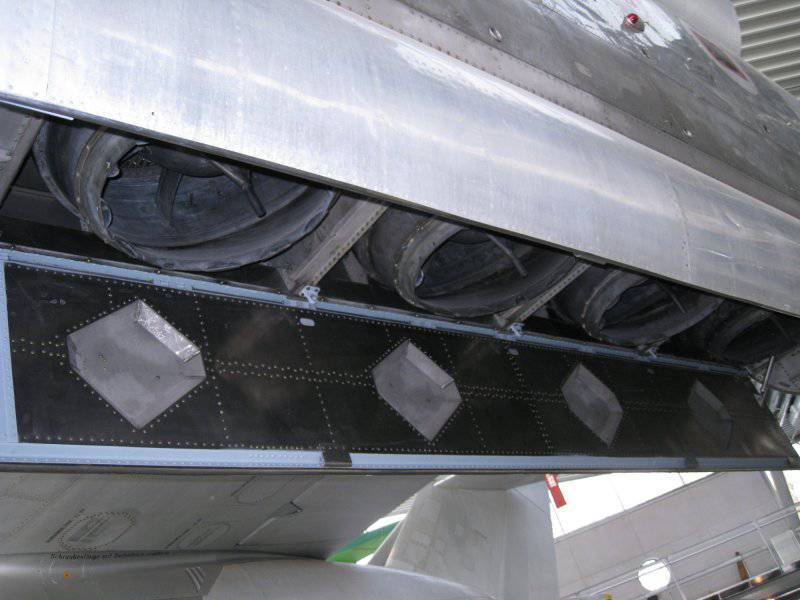 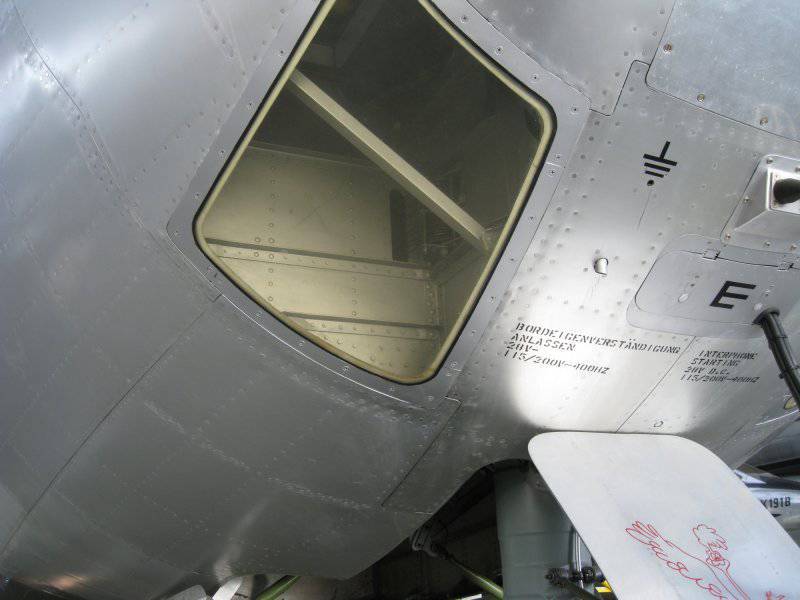 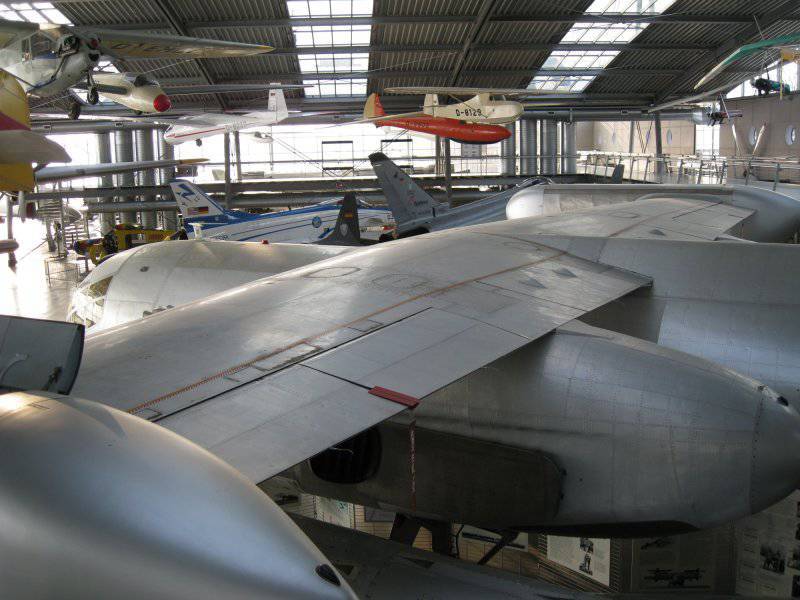 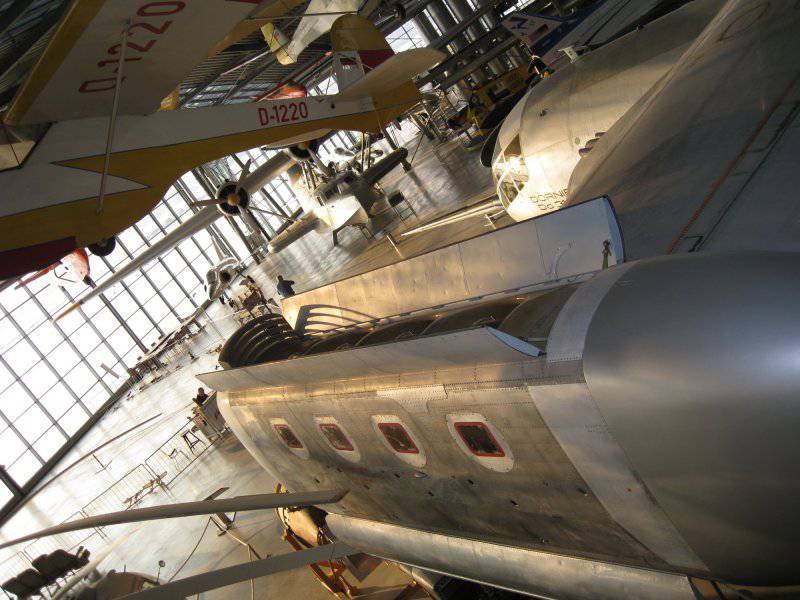 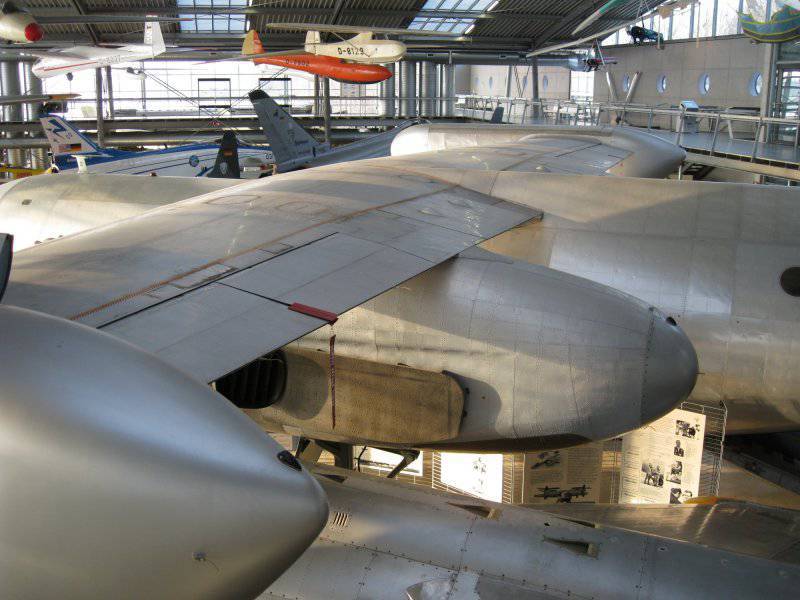 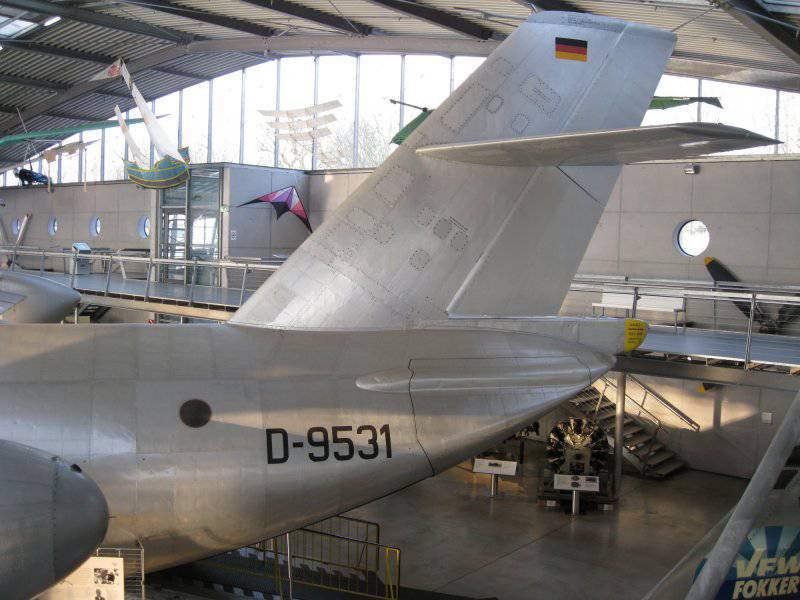 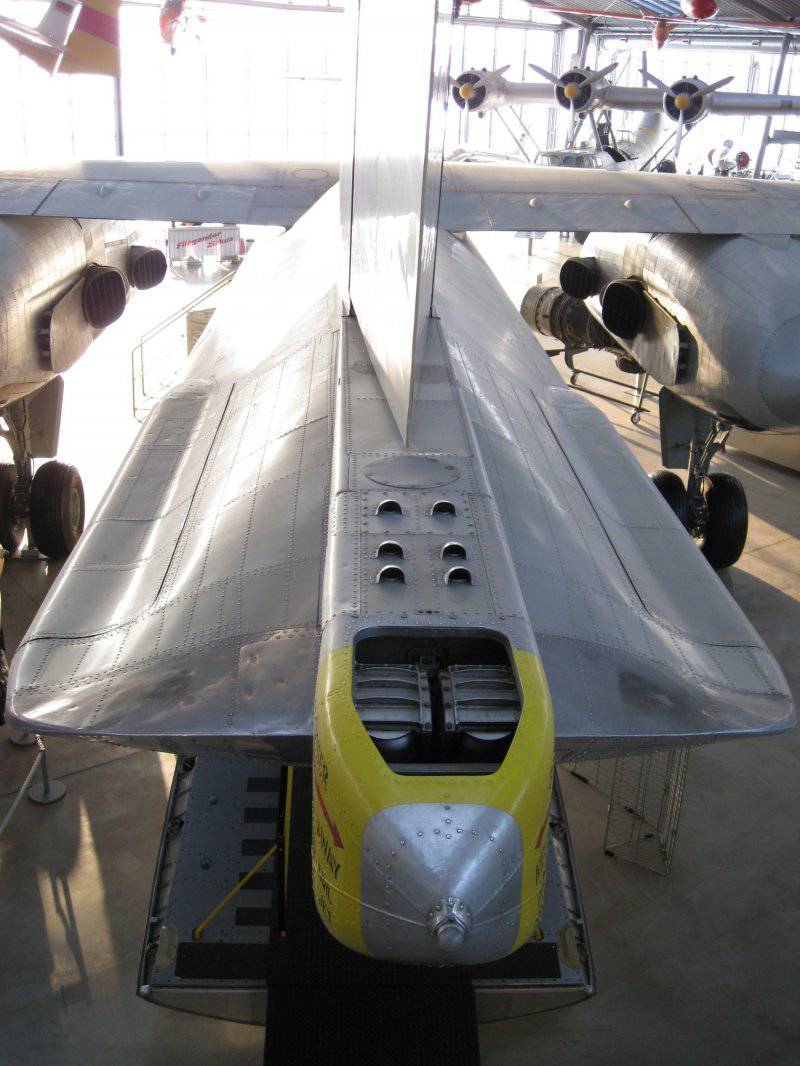 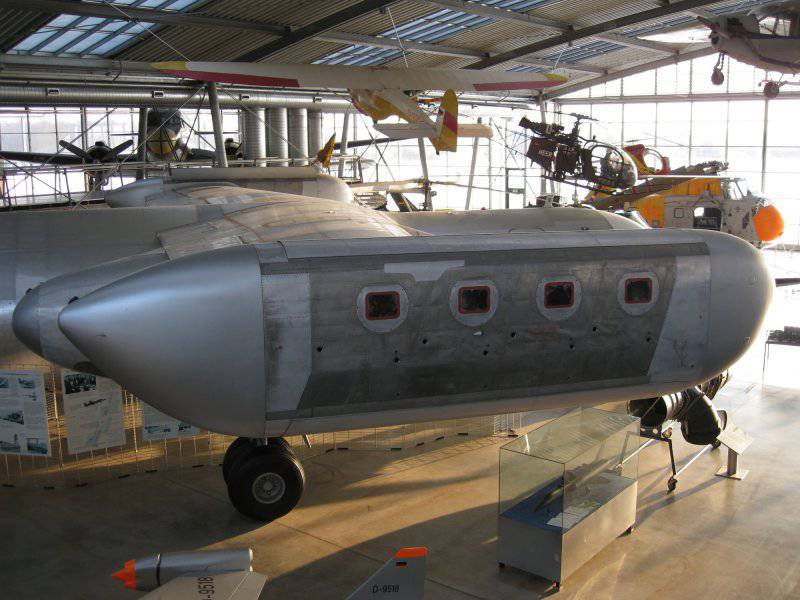