October 1 2013
19
September 23 in Sweden was a long-awaited event. The Department of Defense Procurement (Försvarets Materielverk) took the first batch of self-propelled howitzer FH77BW L52 Archer (“Archer”) on a wheeled chassis. Four new combat vehicles adopted by the Artillerisystem called 08. About a year later, the Swedish Defense Ministry intends to receive a second batch of self-propelled artillery systems as part of 20 vehicles. In addition, 24 ACS for Norway will be built soon. 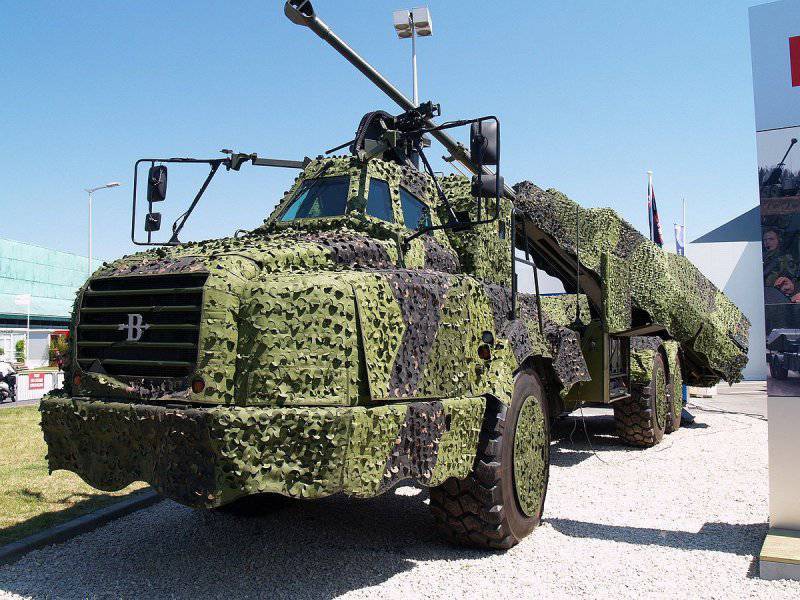 The long-awaited transfer of self-propelled guns to the customer was due to a number of technical problems. In accordance with the first contracts signed during the development, Archer self-propelled guns were to replenish the composition of the Swedish armed forces as early as 2011. However, during the tests of prototypes, some shortcomings were identified, which took some time to correct. As a result, the first batch, consisting of only four pre-production combat vehicles, was transferred to the customer only in September 2013 of the year. In the future, the Swedish army will receive serial equipment.

Separately, it is necessary to note the situation with the artillery in the Swedish army, which was formed as a result of the disruption of the delivery time of the Archer ACS. At present, the artillery of the armed forces of Sweden is represented only by the 9 artillery regiment consisting of two divisions. By the end of 2011, in view of the development of the resource, all the existing towed 155-mm howitzer Bofors FH77B were written off, which is why the Swedish armed forces completely lost any field artillery. Initially it was assumed that the new Archer self-propelled guns would replace the towed howitzers, but the problems accompanying the creation of self-propelled guns thwarted the implementation of these plans, and as a result, the army of Sweden had no artillery for almost two years.

The project to develop a promising self-propelled artillery unit was launched in 1995 year. In accordance with the terms of reference, the implementing organization had to develop an ACS armed with a modified FH77B howitzer of 155 caliber of millimeters. The customer demanded to increase the characteristics of the gun by increasing the length of the barrel. The result of the modernization of the howitzer was a modification of the FH77BW with a barrel length 52 caliber. Such a tool should be used in the new ACS. In addition, customer requirements implied the use of a wheeled chassis. 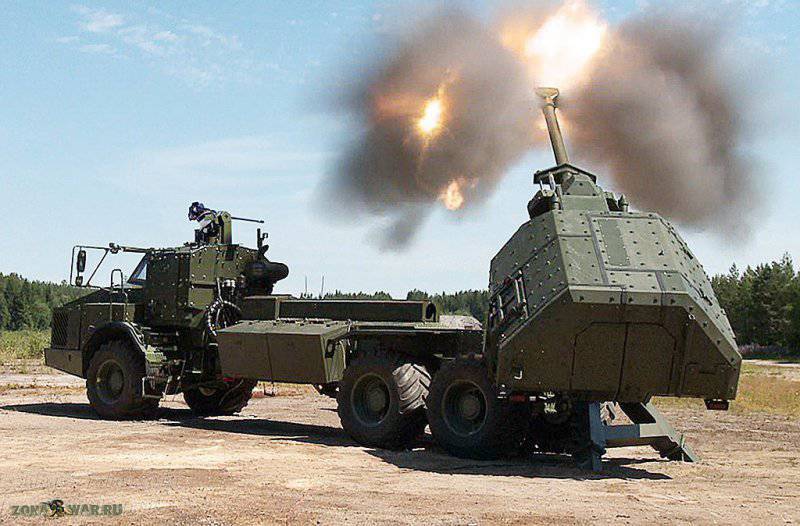 The preliminary stage of the project took several years. Only in 2003, the Swedish Ministry of Defense signed a contract with the company Bofors. This document provided for the completion of the project and the subsequent construction of serial self-propelled guns. In 2005, the first prototypes of the advanced ACS were built. Testing self-propelled guns began after the conversion of the company Bofors in BAE Systems Bofors.

The Volvo A30D with the wheel formula 6х6 was chosen as the chassis for the new self-propelled artillery. The chassis is equipped with a horsepower 340 diesel engine, which allows the combat vehicle to reach speeds on the highway to 65 km / h. As stated, the wheeled chassis can move through the snow to a depth of one meter. When damage to the wheels, including the explosion, ACS Archer can continue for some time.

An interesting feature of the Archer ACS chassis is the applied architecture. The A30D car is made according to an articulated pattern that improves maneuverability. In front of the chassis, above the first axle and to the articulation unit is the engine compartment and the cockpit. The engine and crew are closed by anti-bullet reservation corresponding to the 2 level of the NATO standard STANAG 4569. In the cockpit are jobs of three or four crew members. Depending on the nature of the operation being performed, there may be one or two weapon operators in the crew. The driver and commander are constantly present in the crew. On the roof of the cockpit there is a place to install a remote-controlled turret Protector with a machine gun.

On the back module of the articulated chassis are placed all the units of the gun. Above the rear axle of the chassis are the mechanisms for raising and turning the gun turret. Pointing guns produced by turning and lifting the entire tower. ACS mechanisms allow you to direct the gun vertically in the range of angles from 0 ° to + 70 °. Due to the characteristics of the wheel chassis, the angles of horizontal guidance are limited: the Archer can fire at targets in the front sector with a width of 150 ° (75 ° to the right and left of the axis). A double outrigger at the rear of the chassis is used to stabilize the machine when firing. In the stowed position, the gun module is rotated to the neutral position, lowering the barrel of the howitzer in a special tray, covered with covers. The dimensions of the base car required an interesting solution. So, when converting the ACS to the stowed position, the recoil devices of the gun move the barrel to the rearmost position, which allows it to be placed in the existing tray.

Wheel Arun Archer has a fairly large size. The maximum length of the combat vehicle exceeds 14 meters, width - 3 meters. Without the use of the Protector turret, the height of the self-propelled gun is 3,3 meters, and after installing this combat module it increases by about 60, see. Dimensions and weight of self-propelled artillery FH30BW L77 allow you to transport it by rail. In the future for this purpose it is supposed to use military transport aircraft Airbus A52M. 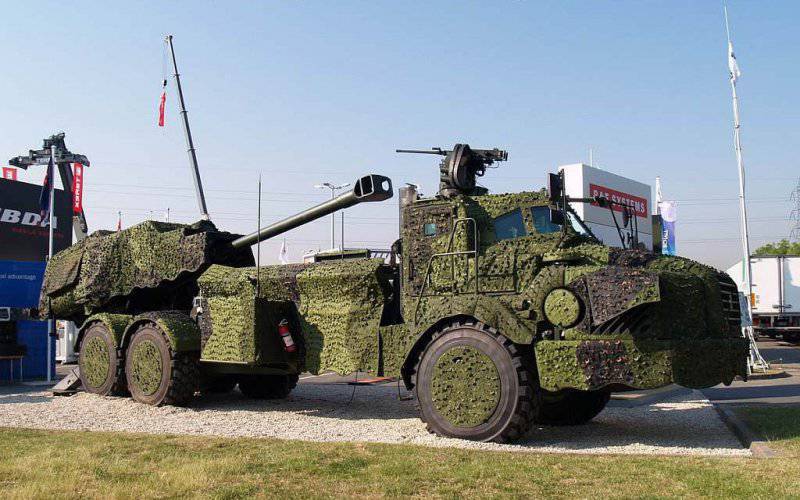 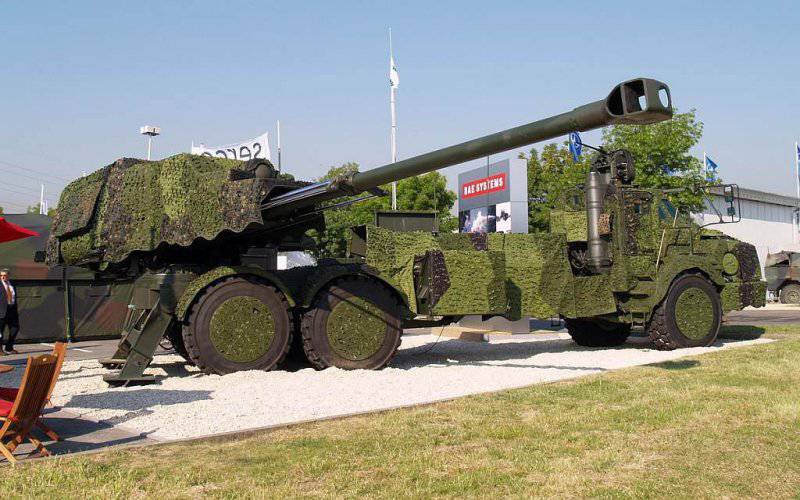 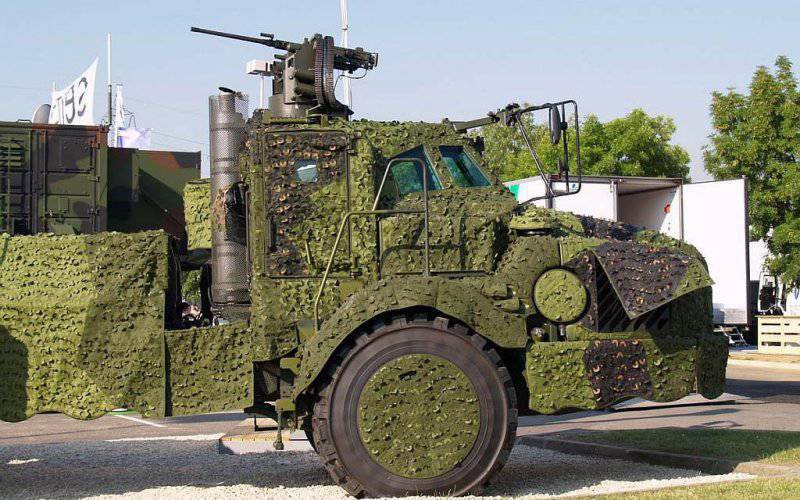 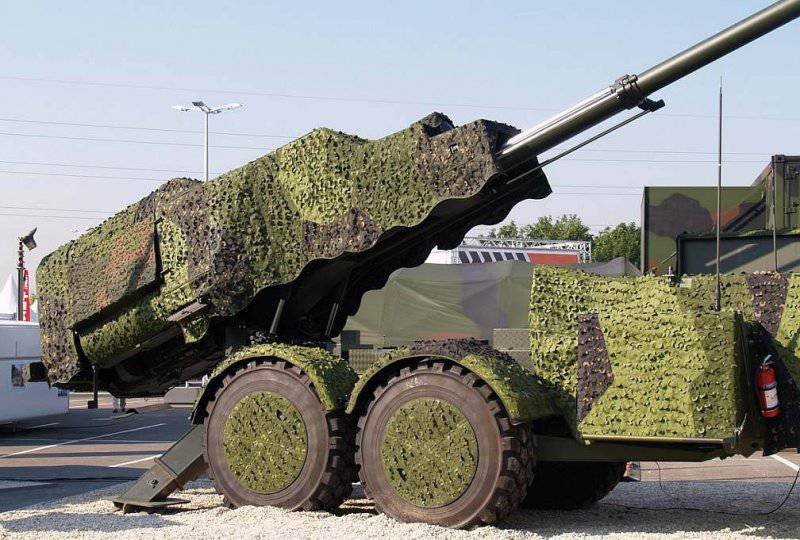 During the combat operation, the crew of the Archer self-propelled gun is constantly at its workplaces and does not leave them. All operations are performed by commands from the control panels. In this regard, all the mechanisms of the gun turret operate automatically. The main elements of the equipment of the tower are loading mechanisms. According to reports, instead of a single self-propelled system Archer uses two interacting with each other mechanism. One of them feeds 155-mm projectiles. Capacity mechanized styling - 21 projectile. The second loading system operates with propelling charges, supplied in the form of cylindrical blocks with a burning shell, resembling a charging cap. In laying the tower self-propelled guns Archer placed 126 blocks with propellant charge. When using a transport and loading machine with a cargo crane, it takes about eight minutes to fully load the ammunition.

Depending on the task, the crew of the self-propelled howitzer FH77BA L52 Archer can increase or decrease the total number of throwing mixture, changing the number of charges placed in the gun. With the maximum number of missile charges, the Archer self-propelled howitzer is capable of sending a projectile to a target up to 30 kilometers. The use of active-reactive or guided munitions increases the firing range to 60 km. The latter is claimed for the Excalibur adjustable projectile. ACS Archer can conduct direct fire, but in this case, the effective firing range does not exceed two kilometers.

Gun loading mechanisms provide firing rate up to 8-9 rounds per minute. If necessary, the crew of self-propelled guns can fire in the MRSI mode (the so-called barrage of fire), for a short time making six shots. On a volley in 21 shot (full ammunition) takes no more than three minutes. In developing the Archer self-propelled gun, the need to reduce the time to prepare for shooting and leaving the position was taken into account. As a result, the self-propelled gun can carry out part of the preparations for firing on the way to the position. Due to this, the first shot is made already after 30 seconds after stopping at the desired point of the route. During this time, an outrigger is lowered and a tower is brought into a combat position. After completing the fire mission, the crew moves the combat vehicle to the stowed position and leaves the position. It takes about 30 seconds to prepare for the departure from the position. 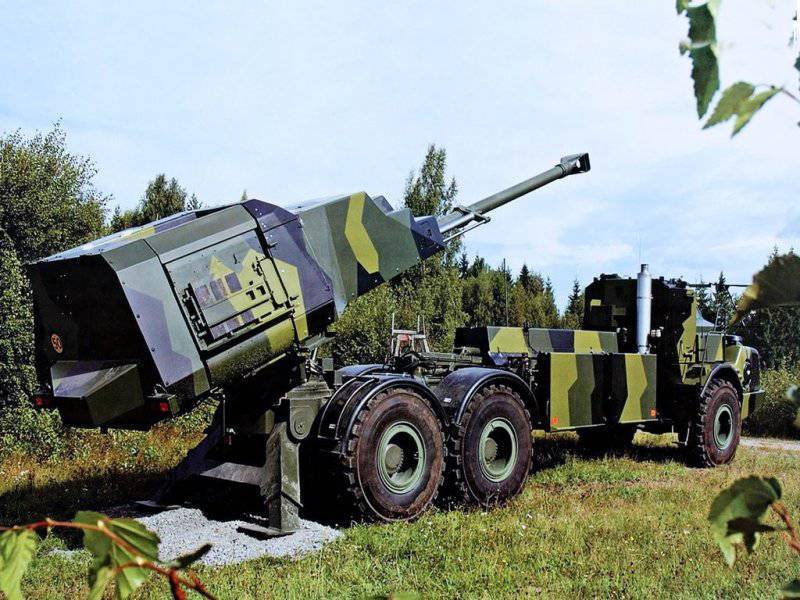 ACS FH77BW L52 Archer is equipped with a modern digital fire control system. Electronic equipment and associated systems allow the crew to perform all the necessary operations without leaving workplaces. In addition, automation takes on some of the important actions associated with the preparation for shooting: determining the coordinates of the ACS, calculating the required guidance angles and firing according to the MRSI algorithm. When using a guided Excalibur projectile or the like, automatics prepares the ammunition for firing.

As already mentioned, the first serial archer self-propelled guns were supposed to be delivered to the troops back in 2011. However, during the development, some problems appeared with a number of applied systems. It took several years to eliminate the shortcomings, which ultimately led to a breakdown of the deadlines. Even during testing and refinement, the first contracts for the supply of serial combat vehicles were signed. In 2008, Sweden ordered eight new SPGs, Norway - one. A few months later, the Scandinavian states decided to jointly finance the project. In accordance with the 2009 contract of the year, BAE Systems Bofors must supply self-propelled artillery to two 24 countries.

Negotiations are currently ongoing regarding possible export contracts. SAU Archer interested in military from Denmark and Canada. These states are negotiating the supply of a certain number of combat vehicles. It is known that Denmark can acquire no more than two dozen self-propelled guns. Until recently, negotiations were underway with Croatia. This country was going to buy at least 24 ACS FH77BW L52 to replace Soviet-made obsolete equipment. However, economic problems prevented Croatia from acquiring Swedish combat vehicles. As a result of lengthy comparisons and negotiations, the Croatian armed forces decided to buy from Germany 18 used PzH2000 self-propelled howitzers. Delivery of purchased self-propelled guns will begin in the 2014 year.

Combat and operational characteristics make self-propelled artillery FH77BW L52 Archer a worthy representative of its class of military equipment. However, some technical solutions applied in the project at one time led to the appearance of several difficulties. All this could have a negative impact on the project’s reputation. Because of the difficulties in developing Archer's ACS, the Swedish army remained without field artillery for quite a long time, and before the mass deliveries of the new ACS remain, it remains several months. It should be noted that even before the start of mass production Archer self-propelled gun attracted the attention of potential buyers in the face of third countries. It is possible that in the very near future new contracts for the supply of self-propelled guns will be signed.