The imperatives of the new age 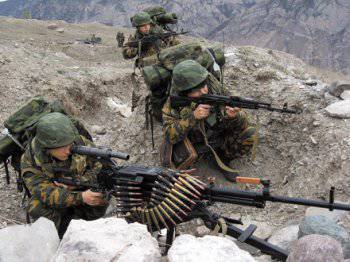 On New Year's Eve, a collection of articles entitled “New Army of Russia” was published in Moscow, edited by M.S. Barabanov. This new work of the Center for Analysis of Strategies and Technologies (CAST) is devoted to the cardinal reform of the Armed Forces of the Russian Federation since 2008, and their transition to a new look. This issue is of increased interest in Russian society, therefore the collection of articles sponsored by independent experts (D.Ye. Boltenkov, AM Gaidai, A.A. Karnaukhov, A.V. Lavrov, V.A. Tseluyko) cannot but to attract attention.

“In this compilation,” notes Ruslan Pukhov, a member of the Public Council under the Ministry of Defense of the Russian Federation, director of the Strategy and Technology Analysis Center, in the preface, “an attempt is made to explain to the general public of Russia both the main ideas and principles of the military reform implemented since 2008 and the main directions its implementation. The articles of the collection according to open sources describe and characterize the “new look” of the types of the Armed Forces of the Russian Federation as it was formed according to the results of the first stages of reforming by the summer - autumn of 2010. ”

Reform, writes Pukhov, is absolutely necessary, and its main areas meet the real challenges to the security of the state at the beginning of the XXI century. According to him, Russia has no choice but to receive, as a result of the reform, powerful and updated Armed Forces, capable of effectively ensuring national security and a worthy place for the country in the modern world.

In this connection, the inclusion of the article “World trends in military reform” by Vyacheslav Tsuiiko is very appropriate. He reasonably indicates that some factors affecting the reform of the Russian army are similar to those that determine the development of the armed forces of foreign countries. At the same time, the expert carries out the idea of ​​the counterproductiveness of the mechanical transfer of someone else's experience of military reform to Russia without taking into account the specific conditions for gaining this experience by foreign states.

At present, as noted in the collection of articles, there is a transformation of the armed forces of NATO members in terms of reducing the number of "heavy formations" of ground forces, air force combat squadrons and strike forces fleet for the lack of an adequate opponent for them.

In the course of reforming the ground forces of the United States, the new 15 heavy brigade combat teams (Heavy Brigade Combat Team) and two mechanized brigades now have 36 tank, mechanized and mixed (2 tank and 2 mechanized companies with support units), in addition There is one armored cavalry regiment.

Thus, at this stage, it can be stated that the number of heavy battalions in the course of reforming the American army decreased by 1,5 times, but instead of tank and mechanized battalions on the BMP, 18 of medium battalions were formed on the BTR. Because the total number of battalions in armored vehicles has not changed. The changes affected their weapons and, accordingly, their combat power and mobility (including strategic).

Thus, in the reform of the ground forces of the United States of America, there is a tendency of their reorientation from full-scale classical war to expeditionary actions, for which combat battalions and divisions are transferred to lighter and more mobile equipment and expand the capabilities of support structures to give combat brigade groups autonomy.

Even more than in the US, the ground forces of Germany and France were reorganized. After the transition from the divisional to the brigade structure, four heavy brigades (two armored and two mechanized) and two medium-sized (armored cavalry) were formed in the French Army. At present, the next stage of the reform is being implemented in France, within which four “medium” multi-functional brigades will be formed on the basis of two mechanized and two armored cavalry brigades. Moreover, the mechanized brigades will lose their tank regiments and in the future they will replace the tracked BMP AMX-10Р with new VBCI wheeled armored personnel carriers.

Such multi-functional brigades are in the same niche with the American Stryker Brigade Combat Team, but they are larger in composition and have more powerful weapons from armored vehicles.

Thus, as part of the land forces of France, it is planned to leave only two brigades intended for a "big war", and the number of tracked combat vehicles should be significantly reduced.

The German Ground Forces also changed their structure according to new threats and tasks. Just as in the American and French armies, in the Bundeswehr there was a reduction in the number of heavy units on tanks and tracked infantry fighting vehicles in favor of units on wheeled vehicles. So, if at the beginning of this century there were 13 heavy brigades (not counting four cropped ones), along with 2 airborne troops, one mining and one airmobile and one infantry brigade, as part of the German Army, now there are six light tank and eight infantry battalions an infantry regiment (of two battalions) and a light infantry battalion (as part of the French-German brigade), four parachute parachutes and three mining battalions. Thus, in Germany, there was a shift of emphasis towards an increase in the proportion of light and medium formations, more adapted for crisis response than heavy ones.

To a lesser extent, trends in the transformation of the armed forces in the interests of expeditionary actions have affected the Chinese and Turkish armies. In them, as in Russia, the basis is formed by heavy formations. Moreover, in the Chinese army, their proportion even increased due to the disbandment in the course of reducing the number of armed forces in the first place, poorly armed infantry and motorized divisions and brigades and reorganizing them into mechanized ones.

It should also be noted that, under the influence of new trends in military affairs, 3 “medium” motorized rapid-response divisions and an experimental regiment on light combat vehicles appeared in the PLA.

So the search for the optimal model of the armed forces in relation to the new geopolitical and military-technical realities is going on in many countries of the world. How this process proceeds in the Russian Federation and is described in a collection of articles prepared by the Center for the Analysis of Strategies and Technologies.