Do not pass on hearing 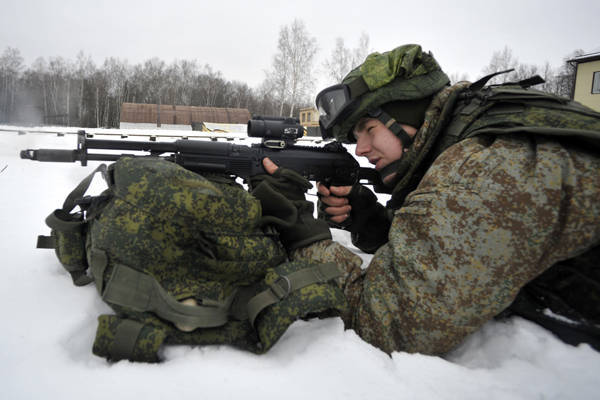 On the eve of the autumn recruitment of students, the youth were alarmed by the message about the decision to be taken to the Defense Ministry to recruit soldiers who are studying in universities on a commercial basis.


The fact that the military had developed such a bill, citing a certain Internet portal and an anonymous source in the defense department, wrote Kommersant. The call-up initiative of the generals there was explained by the complex demographic situation in Russia. And also - too many active deferments from the army and a weak demand for graduates of many civil institutions, universities and academies in the country's economy.

Then came the conclusion to which they allegedly came to the Ministry of Defense: it makes sense to save the military educational privilege only for students of budget departments of universities. And those who study there on a fee basis, it is necessary to take in the soldiers.

The publication also stated that a corresponding adjustment of the Law "On Military Duty and Military Service" would allow generals to additionally send thousands of new recruits to 300 every year. That is twice as much as they put under the gun this fall and winter.

Photo: Andrey Alexandrov / RIA News www.ria.ru The President signed a decree on the autumn recruitment of thousands of people 150
Photo: Stanislav Krasilnikov / ITAR-TASS Starting next year, the number of conscripts in the army will significantly decrease
Photo: ITAR-TASS / Vladimir Astapkovich In the military ticket will appear a note about the "slope" from the call
Hundreds of recruits will serve with their dogs Hundreds of recruits will serve with their dogs
I must say that this kind of rumors often appear on the eve of the next draft campaign. And, as a rule, they are unreliable. It seems that the information on students-payboards from the same series.

The principal position of the Ministry of Defense on this issue in a conversation with the correspondent of "RG" explained the head of the Office of the press service and information departments, General Igor Konashenkov.

“Citizens of the Russian Federation studying in higher education institutions on a paid basis are and will be entitled to deferment from military service,” he said. - The Ministry of Defense did not make any proposals for reforming the existing system of recruiting citizens for military service to the legislative bodies. All citizens of Russia enrolled in educational organizations that provide education under programs with state accreditation, as well as receive post-graduate education in postgraduate schools of higher educational institutions and scientific institutions, will not be recruited into the Armed Forces until completion of training. In addition, the leadership of the Ministry of Defense identified conceptual activities to reduce the number of recruits in connection with the gradual increase of the number of military servicemen under contract to 2017 by year.

Meanwhile, it is obvious that the proposal to deprive students who pay postponement from the army is at odds with the new personnel-recruiting policy of the military command. Most recently, Defense Minister Sergei Shoigu announced that from next year, recruitment of soldiers-conscripts into the army will be reduced and they will rely on professionals in the system.

Of course, the troops today are in need of graduated soldiers. But to drive them into the barracks by abolishing the study benefits of paying students is not in the interests of generals. Shoigu said more than once that everything will be done in the army so that the “scientists” recruits after an urgent stay in the contract service. And if a person is “punished” while still studying at a university, calling him into an army system, it is difficult to expect him to stay there for a long time.

By decree of the President of Russia in October-December, 150 of thousands of guys will put on military uniform. In the army, they will come exactly one year. Sick, students, other official beneficiaries no one will drive into the system. But recruits should feel how much has changed in the troops. This concerns not only weapons and equipment with which they have to deal, but also the living conditions in the soldiers' house. By order of Sergei Shoigu, every barracks are now equipped with shower cabins, washing machines and vacuum cleaners. In addition, tea rooms are made for conscripts. In short, the usual barracks is more and more like a student dormitory. Commanders there, of course, will not allow civil liberties. But they also do not want to have subordinates in conditions resembling casemates. A man comes to military service to learn how to defend his country, and he must live in a soldier’s house in normal conditions.