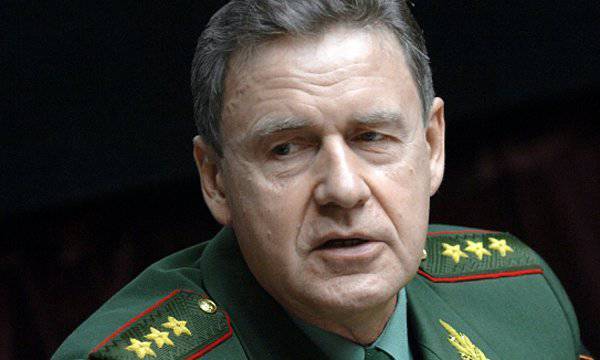 The petition of the Deputy Chief of the General Staff of the Armed Forces of the Russian Federation, Vasily Smirnov, about his resignation was granted, the Russian military reported on Monday.

“Yes, indeed, Vasily Vasilyevich (Smirnov) wrote such a report, and the Minister of Defense satisfied his request,” said the agency’s source.

Pankov added that, formally, Smirnov has not yet been dismissed and is now "in the workplace, working, working."

The nominee to replace Smirnov has not yet been selected, the general noted.

“There are several candidates under consideration, there are at least five of them, but who will occupy this post, I can’t assume at the moment,” concluded Pankov.

Ctrl Enter
Noticed oshЫbku Highlight text and press. Ctrl + Enter
We are
The President has appointed a new head of the Main Operational Directorate of the General Staff
Military Reviewin Yandex News
Military Reviewin Google News
19 comments
Information
Dear reader, to leave comments on the publication, you must to register.