US involved in the destruction of thousands of Bengalis 300 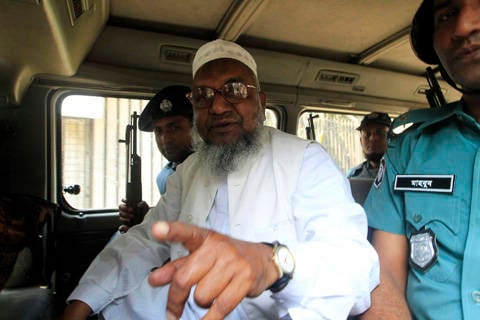 In Bangladesh, a court sentenced an Islamist politician to death for war crimes committed in 1971. The verdict caused controversial responses at home and abroad. But he recalled the tragedy that befell millions of Bengalis during the war of independence. Then the Pakistani generals and their local minions, suppressing the uprising, provided military and diplomatic assistance to Washington. The goal was to punish India, which was considered as a partner of the USSR.


In the People’s Republic of Bangladesh, a country with a population of 150-million, a trial was held over one of the leaders of the local Islamist party, Jamaat-e-Islami. The 65-year-old defendant is named Abdul Kader Maul. He was accused of murder, torture and rape of supporters of independence during the war in 1971. The highest court convicted and sentenced Mol to death. Under the Constitution, the sentence is not appealable.

The decision of the Supreme Court provoked protests from the Islamists and the leading opposition party. They called him politically motivated. The government denied the charges. But whatever the litigation over the verdict, he recalled the tragedy endured by Bengalis and the role that the USA played in repressions against supporters of independence and especially Hindus who were victims of religious persecution. According to various estimates, then killed from 300 thousand to 1 million people, mostly Indians. They were a religious minority in a Muslim country, notes Gary Bass, a researcher at Princeton University, in his book The Bloody Telegram, which was just released in the USA.

Prior to 1971, Pakistan consisted of two parts - western and eastern. The capital was Islamabad, and the ruling elite in the west belonged to the Bengalis who lived in the east, haughtily. The split became inevitable when the Pakistani army arrested the elected leader of the Bengalis, Mujibur Rahman, and began to suppress the independence movement. Soldiers and collaborators grabbed students, writers, politicians. They killed civilians, burned entire villages.

The author of these lines had a chance to report on the war to the newspaper. I remember that on the territory liberated by the Indian army, utterly thin men showed ashes, where they used to stand at home, and brought skulls to the graves, a hill, lying on bare ground.

An American scientist writes that the killings had signs of genocide: after all, they killed and expelled minority members. Nevertheless, US President Richard Nixon and his national security assistant, Henry Kissinger, actively supported the Pakistani leaders behind the massacres. On the advice of Kissinger, Nixon sent military aircraft and other military equipment to Pakistan, although US laws forbade it. Deliveries were made to intimidate India, which helped the rebels, a detachment of US warships was even sent to the Bay of Bengal.

Nixon and Kissinger stood on the side of Pakistan despite being well aware of the scale of the massacre. They were informed, in particular, by US Consul General in East Pakistan, Archer Blood. In his reports, he reported that selective genocide was occurring. Blood position was shared by 20 of his colleagues. They sent a telegram to Washington in which they argued that America should not support the rulers of Pakistan.

The recently declassified recordings of Kissinger’s conversations with Nixon show why the White House did not heed these warnings. Too much was at stake. There was also an emotional moment. Nixon liked Pakistan's rude ruler General Yahya Khan, a whiskey lover. And Indian Prime Minister Indira Gandhi, he often called "bitch" and "witch."

But the main thing, of course, was that Pakistan was a reliable ally in the Cold War, and India was leaning toward the USSR. In addition, Pakistan served as a mediator in the secret negotiations of the United States with China. It was from Pakistan that Kissinger traveled to the PRC, which subsequently led to the establishment of diplomatic relations between the two powers.

Tatyana Shaumyan, head of the Indian Studies Center of the Institute of Oriental Studies of the Russian Academy of Sciences, said in an interview with NG: “US policy was predetermined by the logic of the Cold War and confrontation with the Soviet Union. At the same time, moral considerations receded into the background. ”