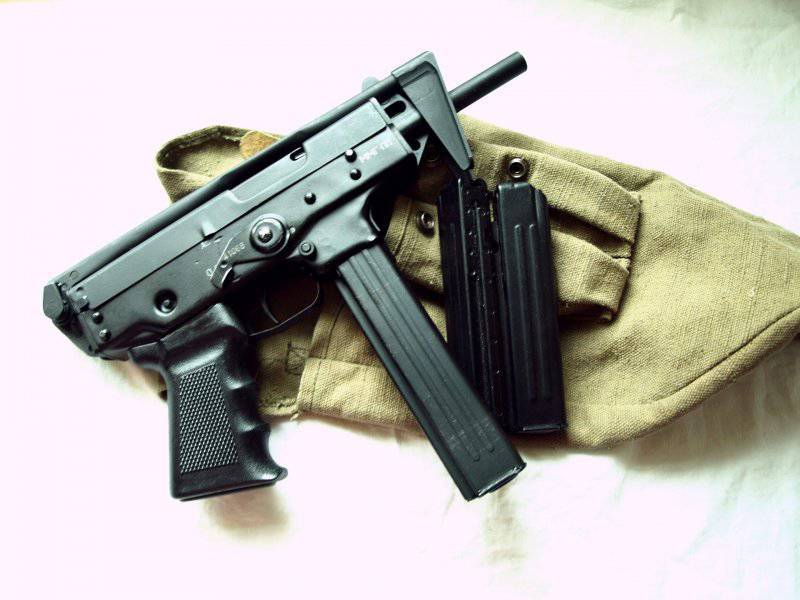 The Kedr submachine gun was developed for the army as early as the 70s. last century, the famous gunsmith Eugene Dragunov, and was in demand after two decades, the Interior Ministry units.

At the beginning of the 1990's Ministry of the Interior. wanting to get weaponthat fills a niche between the PM pistol and the shortened AKS 74V submachine gun, issued an order for the development of small submachine guns. The weapons design bureaux turned to experimental guns developed by the order of the Ministry of Defense at the beginning of the 1970-s. Among those was the design of E.F. Dragunov. then embodied in two samples - PP-91 -Kedr- (Construction Eugene Dragunov) and PP-9 -Klin-. Their refinement and refinement at the Izhevsk Mechanical Plant (“Izhmeh”) was led by the eldest son of E. F. Dragunov - M. E. Dragunov. “The wedge in 1994 was put into service by the Ministry of Internal Affairs. The production of submachine guns was carried out at the Zlatoust Machine-Building Plant (ZMZ).

Submachine guns outwardly practically do not differ from each other and are built according to a modular scheme. Automation operates on the basis of recoil free shutter. “Cedar” is designed for 9x18 PM cartridge, –Klin - for 9x18 PMM with the ability to use 9x18 PM. As in the PMM gun, in “Klin-screw grooves on the walls of the chamber detain unlocking. The bolt handle is located on the left, which should speed up the bringing of weapons on alert. 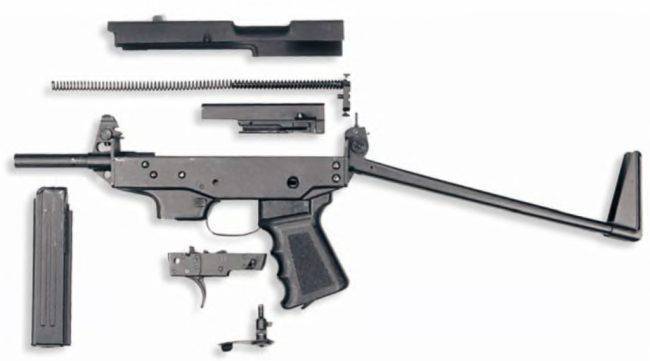 The percussion mechanism is kurkovy, with a “cock of a cock and a shot from the front whispered. Right above the trigger guard is a flag translator-fuse, specifying the modes of a single (middle position)

and continuous (top position) fire. In the “fuse” position, it blocks the trigger and the bolt, while the checkbox “looks” inside the trigger guard. The trigger mechanism is assembled in a separate case, inserted inside the bolt (receiver) box and easily removable during disassembly: a technique borrowed from a TT pistol and facilitating disassembly and assembly of weapons

The submachine gun is equipped with a pistol grip, with a light metal butt that is folded up and down. The aiming devices include an adjustable front sight with a fence and a whole L-shaped reversible sight with a slit on one shoulder and a diopter on the other. When unfolding the butt, the rear sight turns, so that when the butt is folded, the shooting is conducted with an open sight, and when folded down - with a diopter, providing a more accurate aiming.

Food - from direct box-shaped metal shops with a chess arrangement of cartridges. The neckline into which the magazine is inserted increases the reliability of the power supply system, and also serves to hold the weapon with the second hand. Pushbutton magazine latch and shutter release, releasing the bolt after inserting a loaded magazine, facilitate reloading. When firing regular ammunition from the wedge, single shots with the butt folded from the stop at the 25 range. 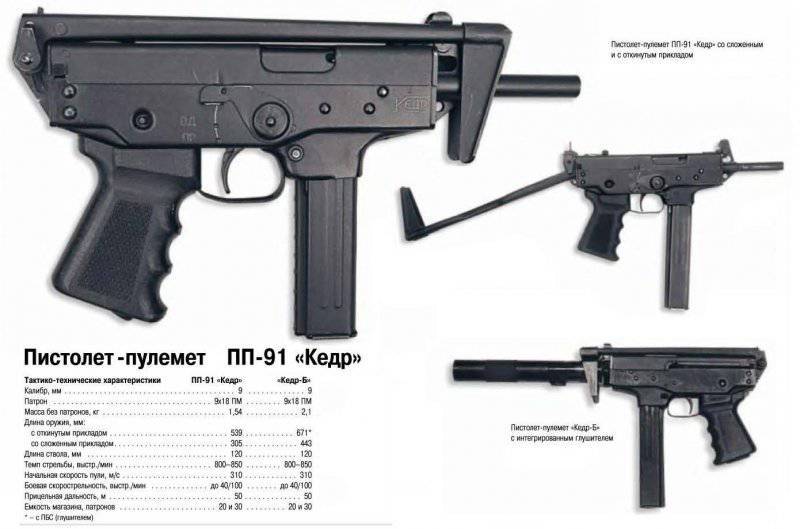