30 September 2013
18
1 August 1943 from a combat mission was not returned to the guard. Junior Lieutenant Lydia Litvyak, commander of the third squadron of the 73 Guards Fighter Aviation Regiment. Neither the female pilot nor the plane could find any fellow soldiers. After Alexander Evdokimov died, led by Lydia Litvyak in her last battle, the search was stopped altogether - only he knew where the Yak of his commander fell ...


For aviation This was one of the hardest losses in a year of hostilities: a fighter pilot, a favorite of the regiment, a skilled and fearless fighter who destroyed one aerostat-spotter and 14 enemy combat aircraft in air battles died.

"Missing the missing." This laconic and completely indefinite entry appears on the military archive card. "Missing" - this record can mean and died heroically, and voluntarily surrendered to captivity. Officials counted on this: the main thing is to be safe, and time will do its work ...

Lilya (that's exactly what her close friends called her) came to aviation when she was fourteen years old. She made her first independent flight as early as fifteen. She began her career as a pilot in the Kherson school of pilots. After graduation, Litvak was transferred to the Kalinin Aeroclub, becoming one of the best instructor pilots. All her flights were gambling, Lydia Vladimirovna revel in flights. Forty-five boys “stood on the wing” under her command. 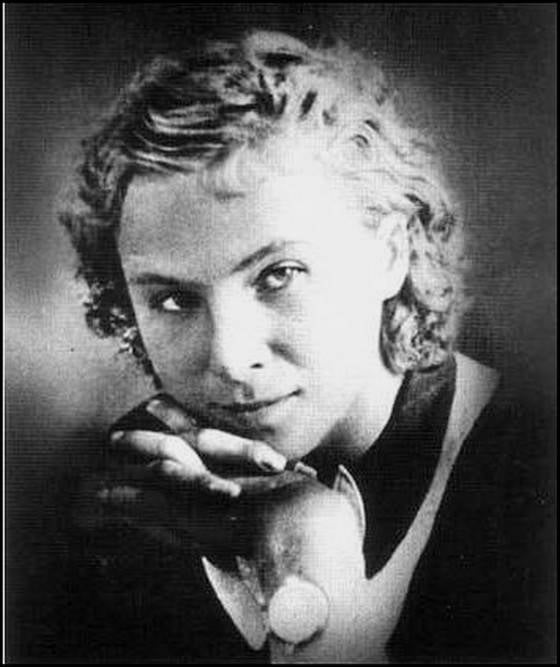 Lily really wanted to get to the front. While in Ufa, where the entire flying club was evacuated, she becomes aware that the formation of women's aviation regiments began in Moscow. An irresistible desire to fight the enemy could come true. Lily leaves for the capital. She decided that she would fight with the Nazis exclusively on a fighter. However, achieving the goal was not easy. It is not known how Litvak managed to attribute the missing hundred hours to the already existing ones. In any case, but this "deception" helped get into the combat training unit. After her graduation, Lily was enrolled in the 586th female fighter aviation regiment.

... Summer 1942 year. Gary in the air over Saratov. Permanent raids "Heinkel" and "Junkers" on ferries and defense enterprises. The pilots of the air defense regiment protect the city, covering it from the air. Lily together with others takes part in repelling enemy raids, accompanies special purpose aircraft to the front line. In September 1942, Litvyak entering the group of girls, decreases at the disposal of the 6 th fighter aviation division that defended the sky of Stalingrad. For Lily Litvyak, Rai Belyaeva, Masha Kuznetsova, Katia Budanova, her fighting friends, from that time on, the days of severe trials of heavy air battles begin.

Practically during each combat departure a tense air fight took place. Litvyak won her first victory already on September 13. The Junkers, accompanied by the Messers, flew to Stalingrad. Lilya enters the battle as part of her group. At the Stalingrad front, it was her second sortie. Choosing a goal, Lily comes up from the bottom to the Junkers. The approach was successful: she shot the enemy's plane in cold blood, as if it was happening at the test site. Account open! However, the battle is not over yet. Seeing that Belyaeva Raya is fighting with Messerschmitt, Lydia Litvyak throws her Yak to help her friend. And this assistance was most welcome - Belyaeva had run out of ammunition. Having taken the place of a friend, and having imposed a duel on the fascist who was trying to escape, Lily knocks him down. One fight - two wins! Not every combat pilot can do this.

And in the evening Lily again saw her opponent. The pilot of the downed Messer, a captive ace from the Richthofen squadron, the German baron, wanted to meet the winner. A blond, tender-looking young woman came to meet him. This simply infuriated the Baron. The Russians wanted to make fun of him!

Two female crews, Lydia Litvyak and Ekaterina Budanova, in January 1943 were enrolled in the 296 Fighter Regiment, which at that time was based at Stalingrad at the Kotelnikovo airfield.

The situation in the air in March 1943 was complicated: groups from the famous fascist squadrons "Udet" and "Richthofen" began to invade the zone of action of the regiment. Lilya in the six “Yaks” in the sky of Rostov 22 March participated in the interception of the group “Junkers-88”. In battle, Litvyak knocks down one of them. Me109 Six, arrived to the rescue of the Nazis, with the move attacks. First they noticed Litvyak. To disrupt a sudden enemy strike, she alone stands in the way of the group. After a fifteen-minute battle, the wounded pilot managed to bring a crippled Yak to her airfield.

From the hospital, Lilya goes to Moscow, to her home on Novoslobodskaya Street. They took a receipt from her for a month that she would be treated at home. However, only a week later the capital had to leave. 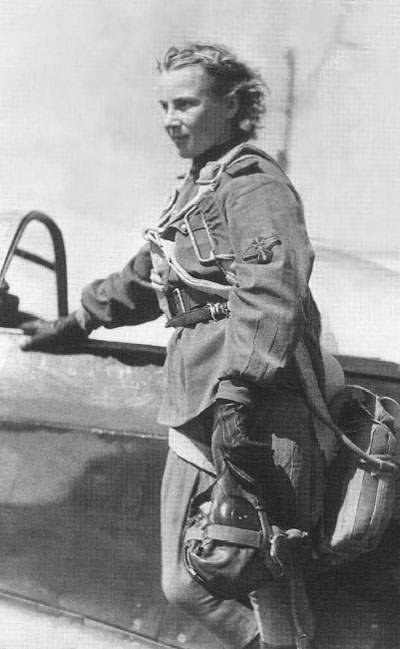 5 May, not yet fully strengthened, Lily seeks directions to accompany our bombers in the cover group. During the departure, an air battle began. The Messers, who had suddenly appeared from the direction of the sun, attacked our Petlyakovs, who were coming in thick formations. In the ensuing battle, Litvyak shoots down another enemy aircraft. 7 May she again "breaks" into the sky. Puffing out of the crosshairs of its sight, another Messer leaves.

In the sector of the front where the regiment operated, at the end of May, the fascists had “suspended” an observation balloon. The artillery fire, corrected by observers, began to deliver much more trouble to our troops. Lily goes on a mission alone. Taking off, the pilot takes a cunning maneuver - going deep into the rear of the enemy, comes to the balloon from the side of the sun, from the depths of the enemy’s territory. At the maximum gas, having dispersed her Yak almost to flutter, she goes on the attack. From a distance of approximately 1000 meters, she opened fire from all points and did not stop it until she slipped around the falling balloon. June brought Lydia Litvak severe trials. Died Budanova Kate, her best combat friend. In addition, in front of the entire regiment, the plane of Solomatin Alexei, the only Hero of the Soviet Union in the regiment, a great guy and Lilin's favorite, crashed ...

Accompanying 16 on July 1943 of the year to the front line of the Il-2, the six of our "Yaks" engaged in battle with thirty-six enemy aircraft. Six Messerschmitts and thirty Junkers tried to strike at our troops, but their plan was foiled. Litvyak in this battle tore apart another "Juncker" and with the support of her slave hit Me-109. And again wounded. To the requirement to go to the hospital she answered with a categorical refusal: “I have enough strength”. The next fight took place only three days later.

Litvyak 21 July, along with Golyshev Ivan, the regimental commander flew on a combat mission. Our couple at the time of departure was attacked by the seven Messers. The commander "got" four fascists, the slave - three. With a sense of mutual assistance, Litvyak did not forget about the commander for a minute. One "messer" from those who attacked Golyshev was succeeded in knocking her down. However, the forces were unequal. Lily's plane was shot down, and she, pursued by the enemy, landed a car on the fuselage half a kilometer from the village of Novikovka.

On the whole front was the glory of the prowess of a female fighter pilot. All the pilots of the regiment loved and protected Lily. However, they did not save ...

Litvyak 1 August 1943, three times raised her Yak into the sky of war. The third battle was very hard, it was fought with a large group of enemy fighters. Shooting down Me 109 in this fight, the female pilot won the fourteenth personal victory. Lily's last sortie was fourth this day. The six of our fighters had to grapple with forty-two enemy aircraft. From this battle did not return the two machines of the enemy.

... The battle was fading in the sky over Marinovka. The fascist armada went to the west. Having clung to the upper edge of the clouds, our six who have not lost a single car took a course home. At this moment, a stray Messer suddenly jumped out of the white veil, and before re-diving into the clouds, he gave a turn to the leader of the last pair ... The 1 side number did not return to the airfield Yak-23. 4 August 1943 of the Junior Lieutenant Litvyak Lydia Vladimirovna order by order of the Eighth Air Army forever enrolled in the lists of the 73 Guards Stalingrad Fighter Aviation Regiment. Four days later, on August 8, Litvyak was presented posthumously to the title of Hero of the Soviet Union. She undoubtedly deserved this award.

However, Lila was not given this high rank. As a posthumous award, instead of the Golden Star, the Order of the Patriotic War 1 degree came ... Lily's plane fell on the territory occupied by the enemy, in a grove near Kozhevnya village (Dmitrovka village, Shakhtarsky district). Who and where buried pilots - is unknown.

In 1946, the locals handed over the remains of a lily plane for scrap. The trail of the brave pilots was long lost.

Fearless Lily, fell the death of the brave in his native heaven, was also buried in her own land, but for many years was missing. This uncertainty lasted for forty-five years. However, the trail of a brave pilots all these years stubbornly sought. Looking for brother-soldiers, soldiers, schoolchildren.

The newspaper "Komsomolskaya Pravda" in 1968, tried to restore the honest name of Lily. Design of the "Komsomolskaya Pravda" submission for assignment Litvyak L. Hero titles were sent to the political department of the air force. The command of the Air Force supported the noble impulse of the newspaper’s staff, but did not forget about the principle “caution is not a hindrance”. The verdict of command: "Search. Find, we will talk." 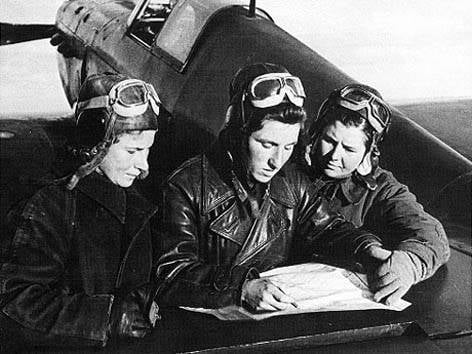 In the search for Litvyak in 1971, young fighters of the Military Glory Intelligence Detachment led by Valentina Vashchenko, a teacher of the 1 school of the town of Krasny Luch, were involved. For several years, girls and boys of the squad “combed” the neighborhood of the village of Marinovka up and down.

Lilin found a trace unexpectedly, almost by accident. Later it became known the following. The remains of an unknown female pilot, discovered by local boys by chance, along with the remains of other warriors who died in the area, buried 26 on July 1969 of the year. The burial took place in the center of the village Dmitrovka (Miner's district). Before this, the doctors found that the remains of the pilot were female. So on the mass grave "19 p. Dmitrovka among many surnames appeared" Unknown Pilot ".

So the fighter pilot was buried! But the question is - who exactly? In the 8-th Air Army at that time there were two of them - Catherine Budanov and Lydia Litvyak. Budanova died heroically in June 1943. Known and place of burial. So Lily? Yes, of course, it was she. The certificate received from the Central Archive of the Ministry of Defense confirmed the conclusion made. The name of Lydia Litvyak in July 1988 was immortalized at the burial site of 19 mass grave located in the center of Dmitrovka village. Litvyak is written:
“Missing 1 August 1943 g. A should read: died in the performance of the 1 August 1943 combat mission.”

Thus the last white spot in the fate of Lily was eliminated. After that, the Supreme Soviet of the USSR took the submission to conferring the title Hero of the Soviet Union L.V. Litvyak and posthumously to raise her rank. This high rank of guard Lt. Litvyak was awarded to 6 in May 1990.