From Vancouver to Vladivostok 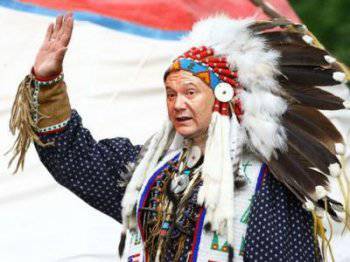 “From Vancouver to Vladivostok,” the Ukrainian president proclaimed — with a fright or on occasion?

The statements of the Ukrainian president at the 10-th Yalta annual meeting of various Ukrainian friends, dedicated to the European integration of Ukraine, made us think.

Or about his extreme fatigue, (although seemingly and not say). Either about his bad knowledge of geography and stories at the same time (speaking of the two big monsters of Russia and the European Union, and also speaking of the unwillingness of opposing the West and the East, he did not specify which one? Maybe the Wild West and the Far East, whose near space is shared only by the Bering Strait. Or concerns about the interests of the United States - another big "friend-monster" of Ukraine.

"Ukraine is, I would say so, between two large" monsters "- the European Union and Russia, and we feel this every day ... Therefore, we didn’t want, don’t want and will never oppose integration processes - West-East. We want them to unite ... So that this process will ever more closely unite us, and indeed, so that we create a single economic space from Vancouver to Vladivostok ", the Ukrainian president literally said ..

And here's the biggest "friend" of Ukraine - Zbigniew Brzezinski - the old Russophobe, even long before Yalta, also announced the option of such cooperation: by 2050, it was necessary to create a "new community from Vancouver to Vladivostok". However, Brzezinski did not specify which side they should be connected. But at the same time it makes it clear that the northeastern part of Russia would be well tied to North America, that is, to the USA and Canada.

It probably could well be held on a bilateral basis. Yes, and the space from Vancouver to Vladivostok could also become a reality, in particular, thanks to the implementation of one of the already long-cherished projects-giants. We are talking about the construction of a tunnel or bridge in the area of ​​the Bering Strait. The idea is not new, it appeared at the end of the 19 century and it is based on the fact that in the narrowest place the Eurasian continent separates the entire shallow sea 86 km from North America. The transport route through the Bering Strait should open up enormous prospects. 18 August 2011 at the International Conference “Transcontinental Highway Eurasia - America” delegations from the Russian Federation, USA, China, South Korea, Sweden and Finland discussed the geopolitical, economic and social, and technical aspects of this problem. It is clear that the head of Yakutia, Egor Borisov, then remembered this plan, saying that its development would create a fundamentally new transport corridor "Eurasia - America" ​​and, according to his estimates, the tunnel "will provide year-round transportation of more than 3% of world cargo turnover".

In fact, but where does Yanukovych and Ukraine come from? Or maybe he made a reservation again, confusing the format from Lisbon with Vancouver? For the single Eurasian Putin conceived from Lisbon to Vladivostok and beyond ..., but in no way from and to Vancouver - this is the whole northern hemisphere ..?! In breadth and scope - on the scale of the Ukrainian president is difficult to refuse, but this is probably not the case, although the desire of the Americans to arrange a single economic zone with Europe has already been proclaimed, and this at least somehow blocks Yanukovych ... But does not justify it.

It is well understood and patriotically explainable that Zbigniew Brzezinski meant when he explained that the American influence should extend towards Eurasia and the Atlantic, thus closing almost the entire Northern Hemisphere of the planet. Southern, they have already closed, and therefore it is clear why this project is most beneficial to the United States. They will get faster access to the resources of the Russian east and north and will receive a trump card in the fight against China. The Americans will begin to attract the regional elites of the Asian part of the Russian Federation and the giant project will be an excellent tool for integrating North America and the eastern part of Russia into a single whole, and the United States will get a chance for a second global colonization ...

Probably, it was about this contribution that the Ukrainian president only managed to whisper during a fleeting meeting with Obama at the last UN reception. And rightly so, from his glasses of view, so that later they will not forget about his unbearable work in achieving American global goals. It was very appropriate to note at this replicated meeting of the two great presidents accredited photojournalists that which very rashly hurriedly photographed Yanukovych with Obama, and not with Merkel who won the election. But it is she who personifies his European aspirations and attempts, as well as the whole window-dressing of the Ukrainian “Dunka to Europe”.

What the Ukrainian president confidently said in Washington from the UN podium:

"I firmly believe that the signing of the Association Agreement between Ukraine and the EU in November this year, including the creation of a comprehensive and in-depth free trade zone, will be an important tool for improving the welfare of the citizens of Ukraine and, accordingly, will help our country achieve the Millennium Development Goals."

Like this! And no less than a whole millennium! True, previous attempts to build a thousand-year Reich barely lasted just over two decades. Yes, and the USSR barely mastered seven of its heavy decades. Great ...! But given the perspectives of what was intended, only the definition remains - odious. And it remains only to guess - what kind of tool the Ukrainian president is going to raise the welfare of citizens, and what is his own? For it is only from hints of the possibility of a subsequent deployment of European missile defense in Ukraine that this highly personal instrument from overseas is reliably filled to the desired elasticity and family well-being rises. So much so that it would not be a shame for its citizens to show and prove its presidential viability.

But another achievement - the well-being of Ukrainian citizens will have to wait in the presidential development for millennia. But will the descendants of these same citizens survive and live?!? Taking into account the fact that the zones on this land have always been in prosperity and they have reliably lowered demographic indicators, their comprehensive location throughout the territory and deep into the land can help in resolving the issue of their failed welfare. Just do not need to be divided, and not with anyone ..., the golden billion is also a transatlantic invention. And apparently, all independent Ukrainian leadership should listen to it, rested against reducing the population size from 52 to 45 million people and rested again on other people's “rakes” in the geopolitical choice.

Indeed, Germany has repeatedly tried and joined the Ukrainian steppes. But this accession ended for her always equally sad and tragic, however, as well as for the Ukrainian "guardians" of the latter - it ended in curses and oblivion. And it smacks badly from the statements of Russian connivers and excluders of Russian lands.

“Dmitry Medvedev does not exclude Ukraine’s participation in the Customs Union with EU membership” / 18: 46 / - reports REGNUM, 25 of September.

And he, unfortunately, is not the only one who has covertly dismissed Ukraine from a common Eurasian ship, explaining that all the same, they say, from which side does Ukraine then join the future global alliance? Not all the same, and apparently because already three times lately the Russian president said: “We are one people!”, - he added that nowhere, they say Ukraine will not go ... But I didn’t want Ukraine to join the union again through the European Reich. Although the Eurasian Union itself without the American military presence and intervention and with the equal value of Germany, Russia and China could become a reliable stronghold of peace not only on the continent from Lisbon to Vladivostok, but also in the entire northern hemisphere - to Vancouver and the whole mother earth.

Only Vancouver is the twin of the Ukrainian Odessa and the Russian Sochi, but Vladivostok is not there yet ... The question naturally arises: so from which side did the Ukrainian president dig the tunnel? It is both Siberia and Alaska, historically our Russians, but, as they say in Odessa, “there is a big difference” ... and it is still unavoidable.