28 September 2013
64
The other day, together with the employees of the Avtodor company, I went on a short trip to Novgorod land to look at how mine clearance work was carried out, as well as search and burial of the remains of soldiers who died during World War II, but not yet committed to earth. .


These places are associated with one of the most dramatic moments of the Great Patriotic War - the entourage of the 2 shock army and the attempt of the Soviet troops to get out of the deadly "bag" with a small neck at the Meat Bohr.

The tragic events began on January 7, 1942, when the Volkhov Front launched an offensive on the 150-kilometer lane. The Soviet forces were faced with a global task - the lifting of the blockade of Leningrad, the liberation of Novgorod and the destruction of all German troops east of Leningrad.

Thanks support aviation and artillery only managed to break through the German defenses of the 2nd shock army in the area of ​​Myasniy Bor on a narrow front line. The breakthrough is a narrow corridor, which by February 1942, at the cost of bloody battles, expanded to 12 kilometers. The army deepened 40 kilometers into the seized territory, forming a "bag". Further, the offensive stopped and it was not possible to expand it. Army formations went on the defensive. Lack of food and ammunition began to be felt ...

In the area of ​​the main losses of the 2 shock army, the construction of the seventh section of the Moscow-St. Petersburg expressway is planned, and the route will pass right through the epicenter of the fighting. In order to prevent the road from passing through the bones of the fallen, from 1 May 2013, work began on a thorough search for the ammunition left in the ground and the remains of the servicemen with their subsequent reburial. This is despite the fact that search expeditions (“Memory Watches”) in these parts have been going on since 1988. 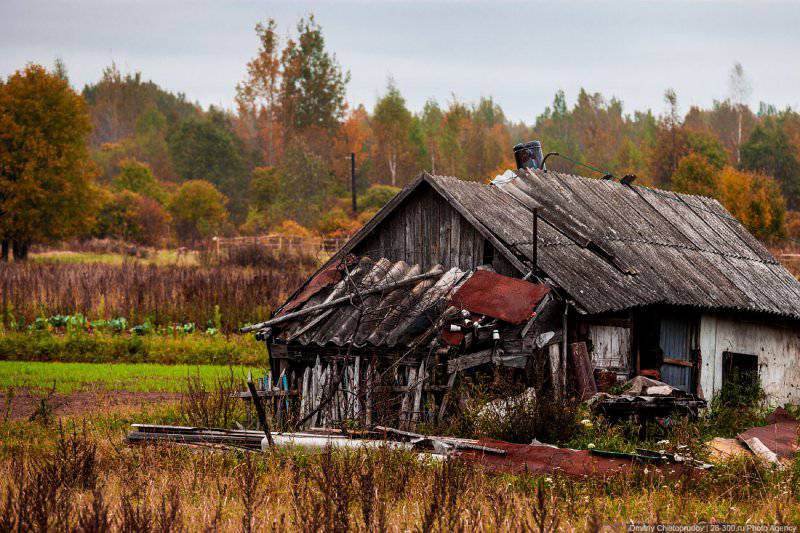 1. German troops launched an offensive on March 15, and two days later the defense of the Soviet troops was broken. The ring of encirclement closed. But the bloody battles for the corridor did not stop - the Soviet fighters broke through the corridor width from 300 to 800 meters, but all attempts to keep him eventually failed. 31 May 1942, the "bag" was completely closed by a barrier of one and a half kilometers. The boiler turned out to be according to various estimates from 40 to 157 thousands of people. The inadequate supply of the army by land was completely stopped, and due to the lack of information, cargoes dropped from aircraft weapons and food often got to the Germans.

Because of the terrible famine, the soldiers ate not only the dead horses, but also the belts from the teams. At the height of human growth from all the trees were eaten bark. Cases of cannibalism were also recorded.

... the whole corridor was littered with corpses in several layers. Soviet Tanks they walked right along them and the caterpillars stuck in a continuous mess of human bodies. The bloody pieces were driven into the tracks, the cars skidded and the tankers cleared the tracks with pre-prepared iron hooks ...

The surviving fighters from the endless bodies of their dead comrades made a parapet to at least somehow hide in the sweep of territory. On the morning of June 25, 1942, the corridor was finally closed. After that, no one left the encirclement of Meat Bor. 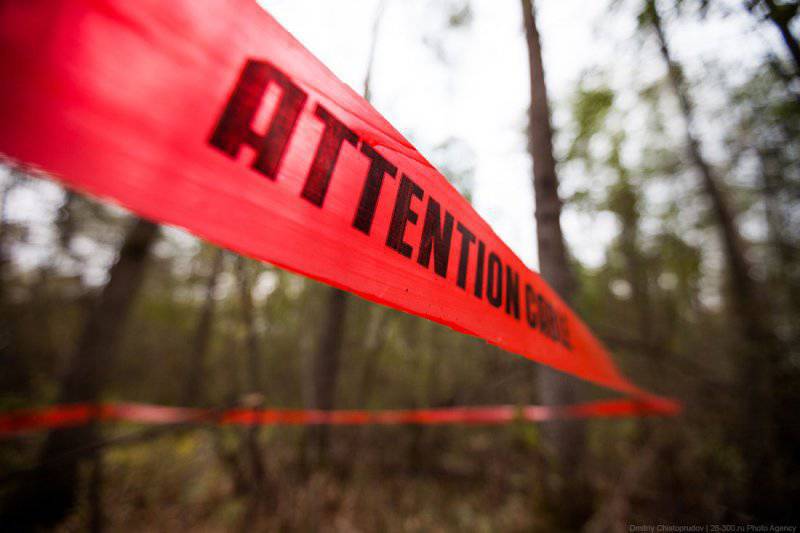 2. At the beginning of 2013, Avtodor, the customer for the construction of a new road, held an open competition for the right to carry out exploration work in this area. The work is carried out by ITC Special Works together with the Novgorod search expedition Dolina.

The longest and most difficult is to search the area in search of mounted soldiers, mass graves, and especially sanitary burial grounds. Mounted soldiers lie shallow underground, see 10-15. 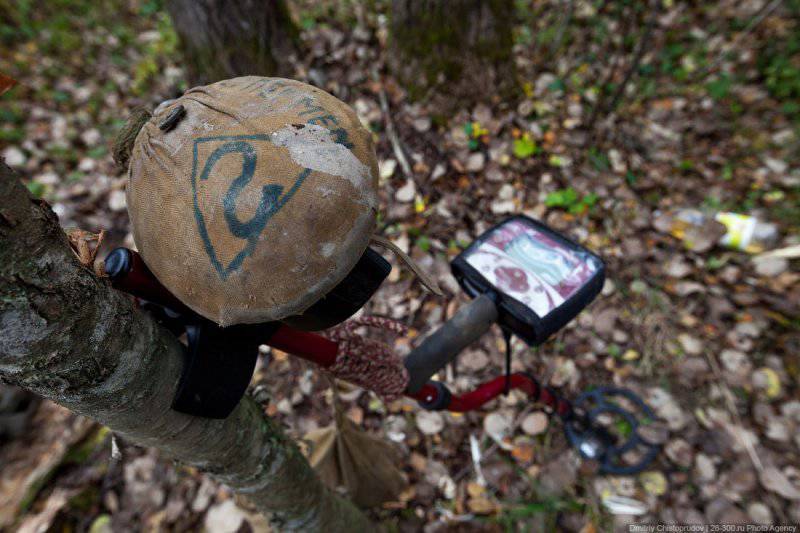 3. Sanitary burials were usually made in shell craters. There they dragged the dead and fell asleep. 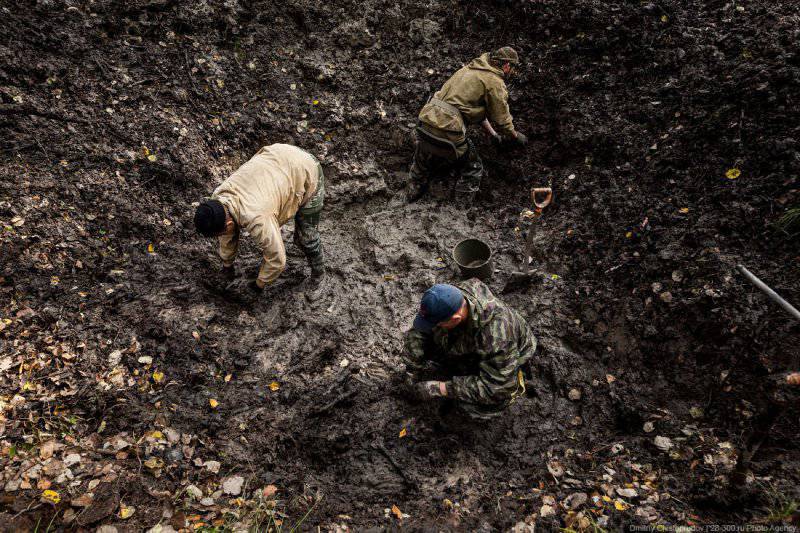 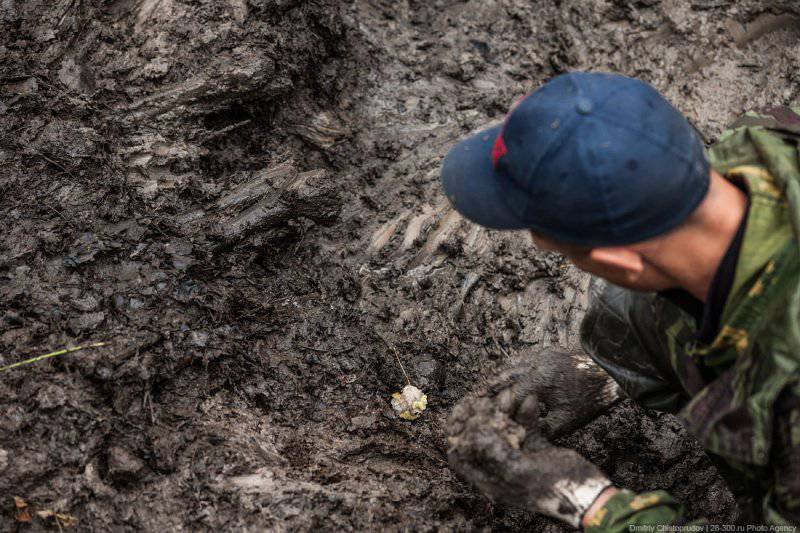 5. For the 2013 season of the year, 1273 explosive items were found on the territory of the future route and 254 soldiers were raised, including one German. So far, this is a stretch of 28 kilometers and 150 meters in width, where the future route will pass. Currently, work is underway to survey nearby territories. 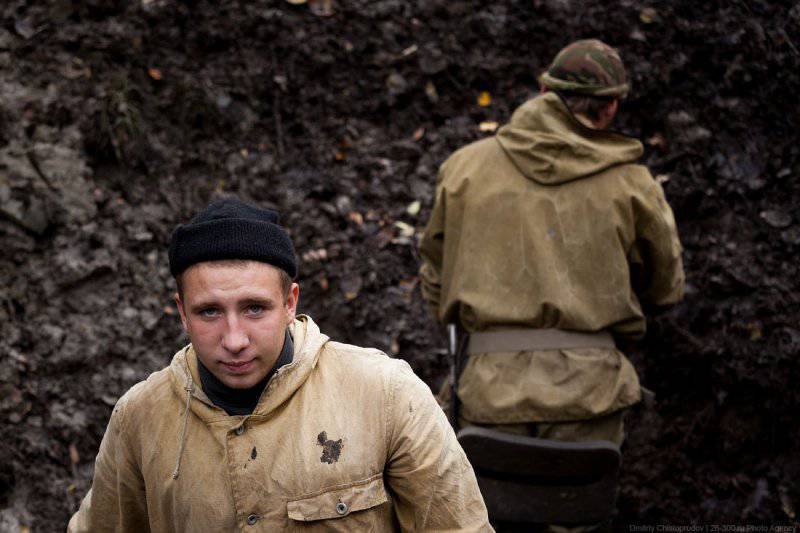 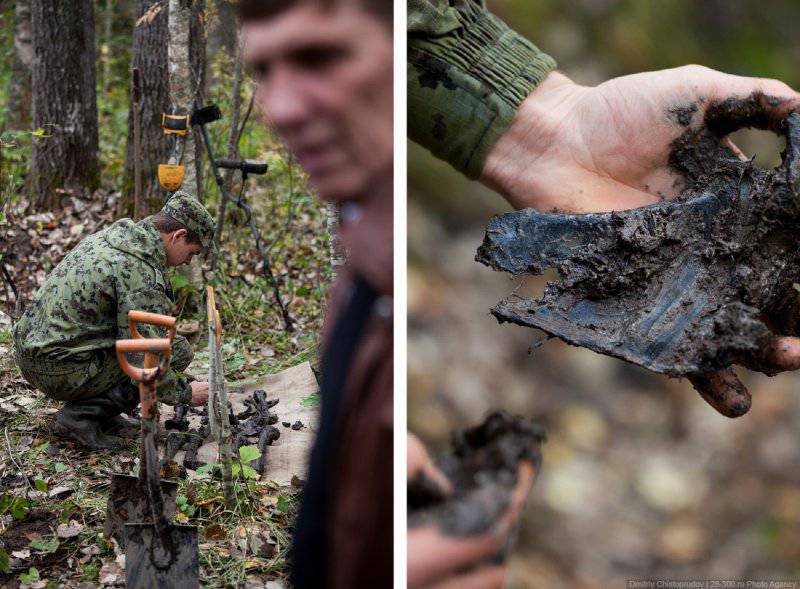 7. After the excavation of the mass grave, the number of bodies is determined by pairs of tibial bones, since they are best preserved in the ground. 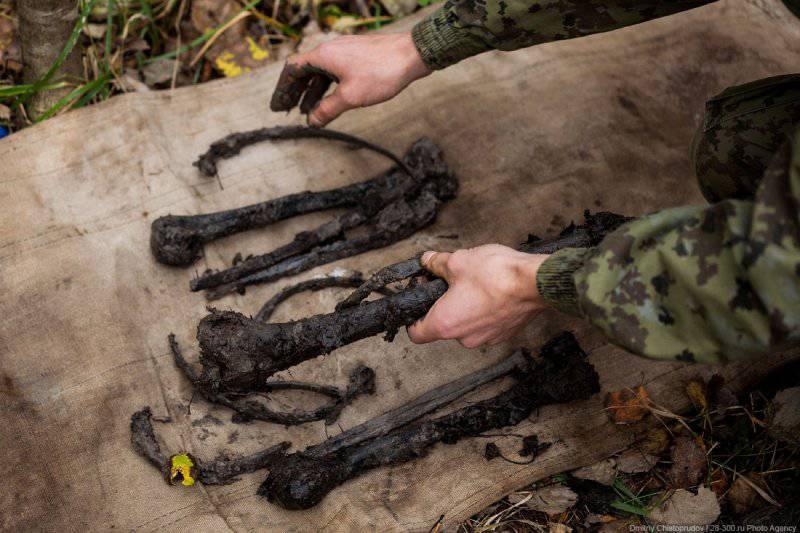 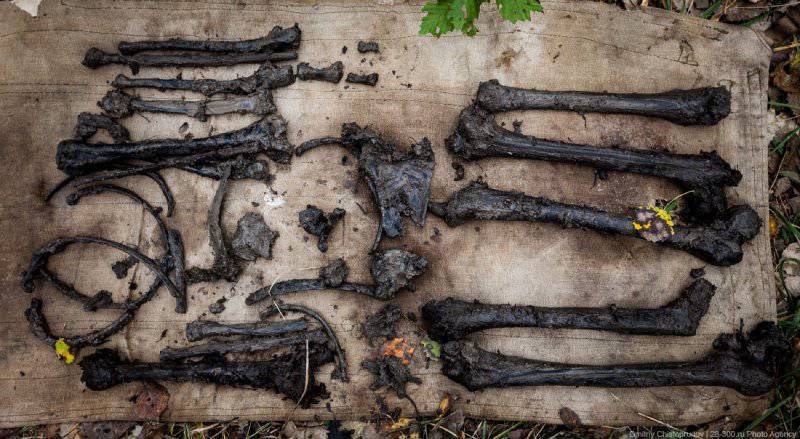 9. The excavation site of the mounted soldier. As it turned out later - the officer. The photo on the right shows a rifle, pieces of binoculars, fragments of the skull beneath it, below the boots in a backpack and a gas mask hose. 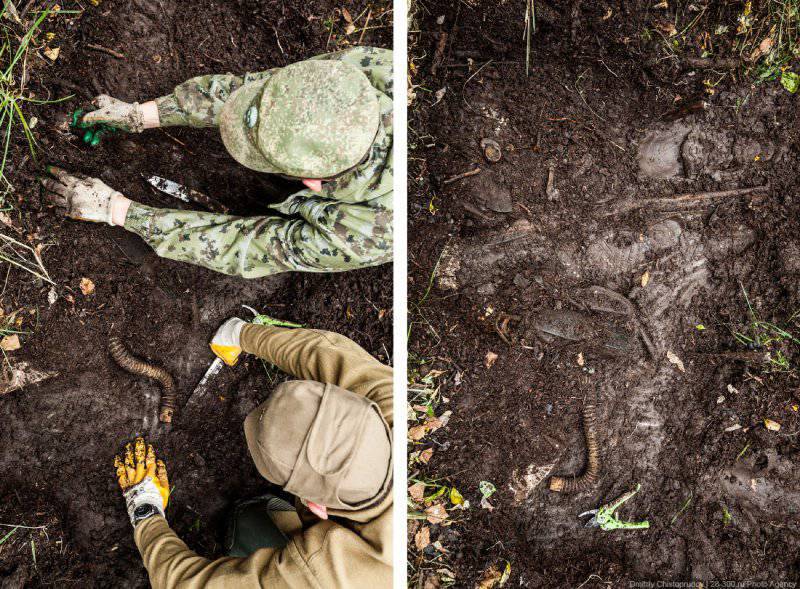 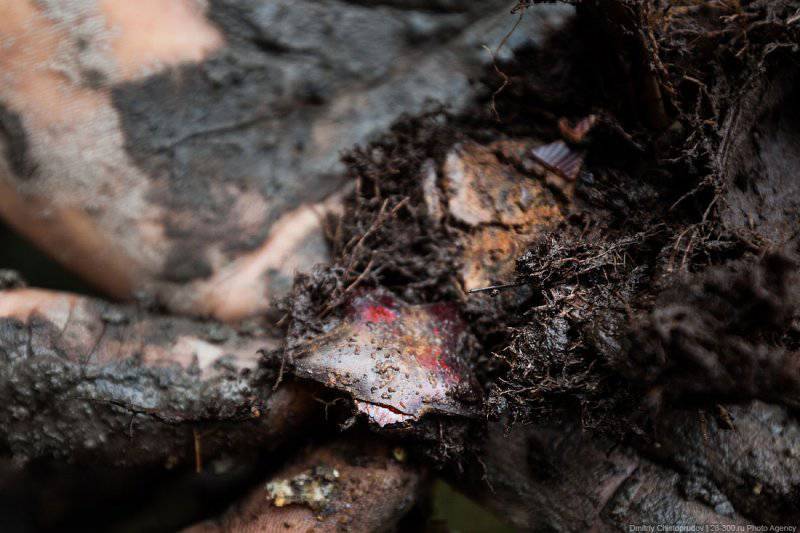 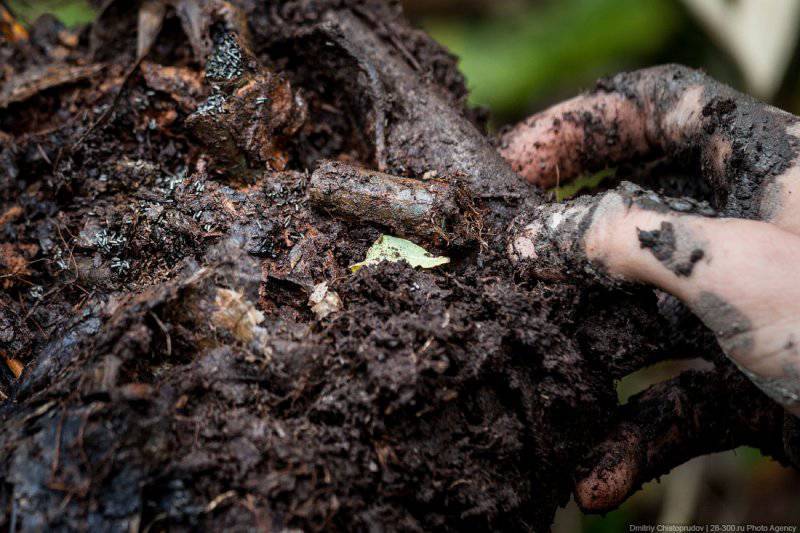 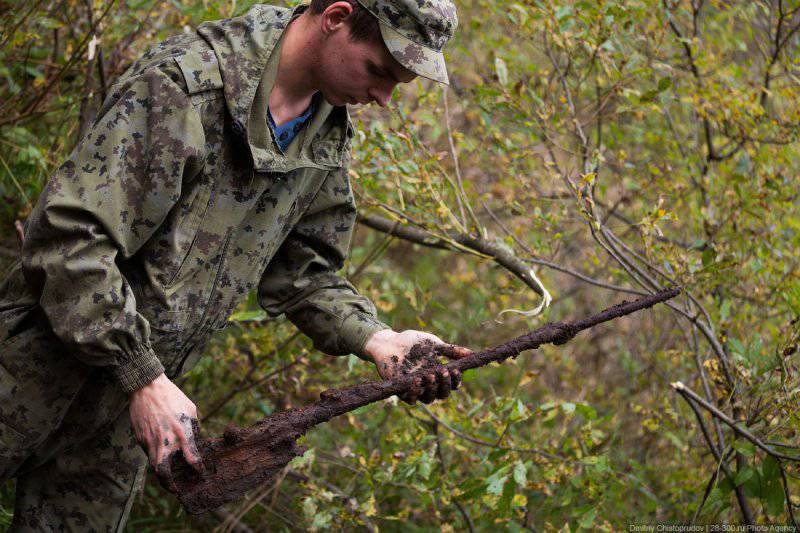 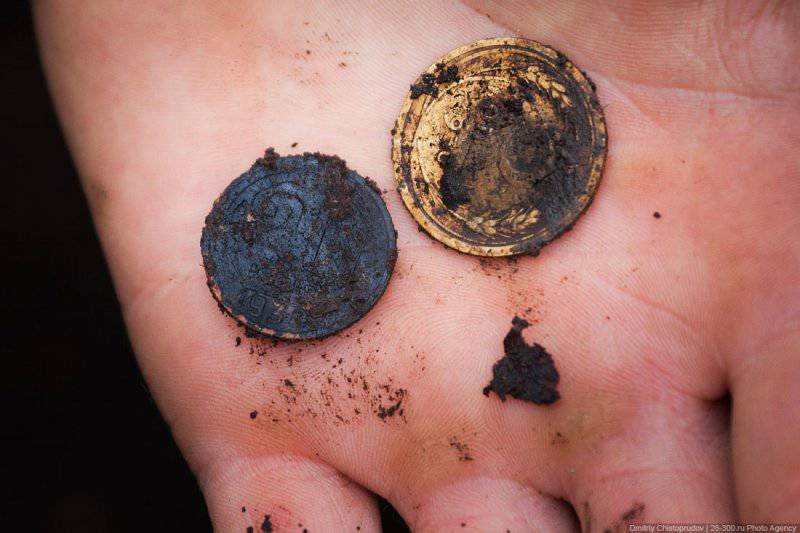 14. Much less often come across medallions of fighters. Cases are especially rare when a soldier’s note is kept in medallions by which you can identify. For the 2013 year, only 254 fighters were identified from the 12 bodies found. 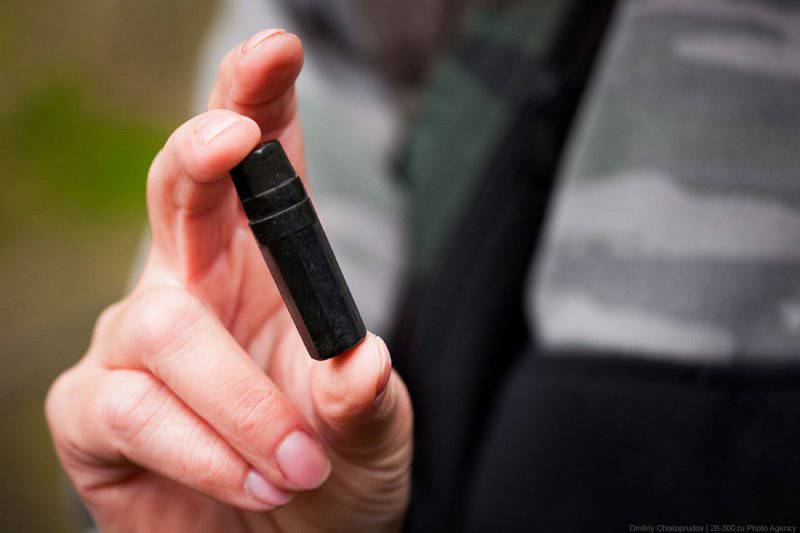 15. A few more things from the “Dolina” search expedition found. 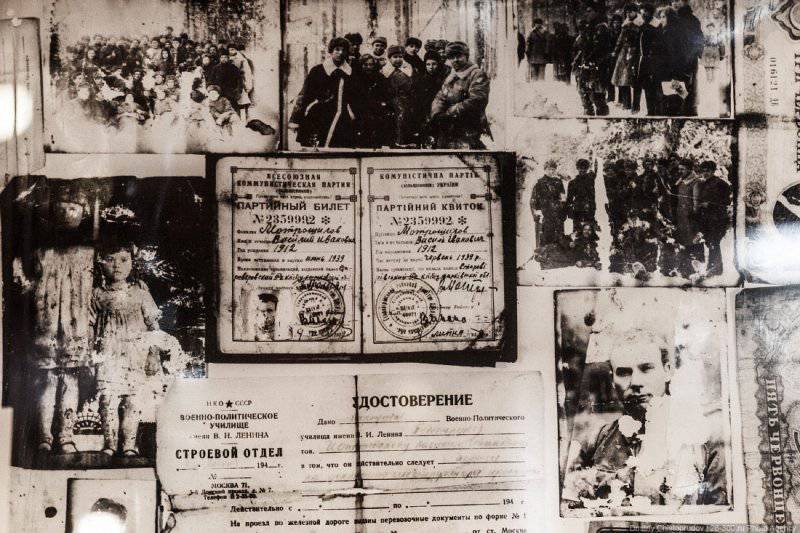 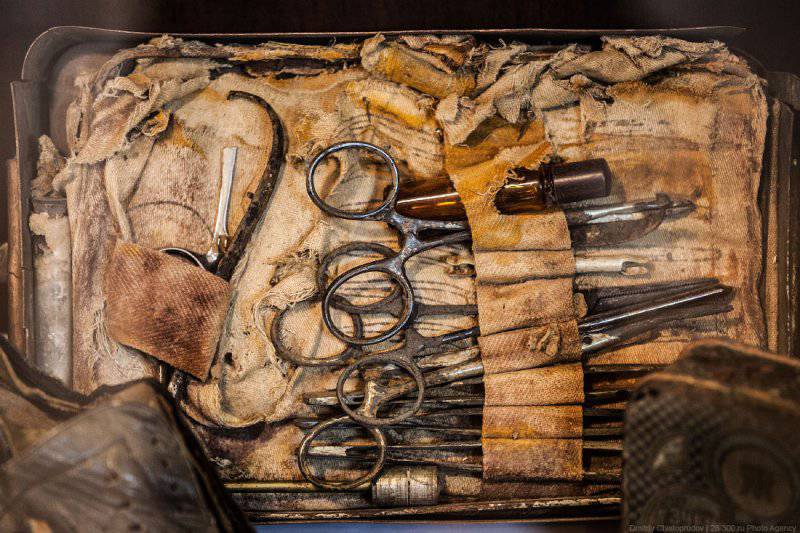 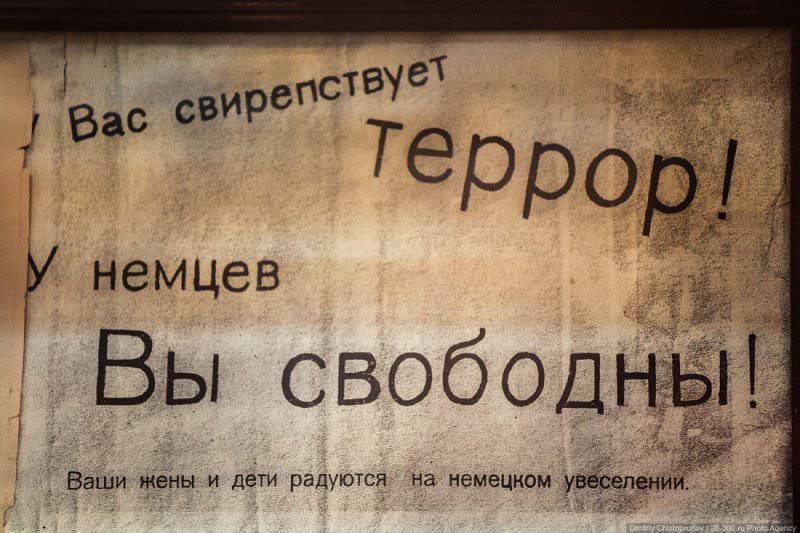 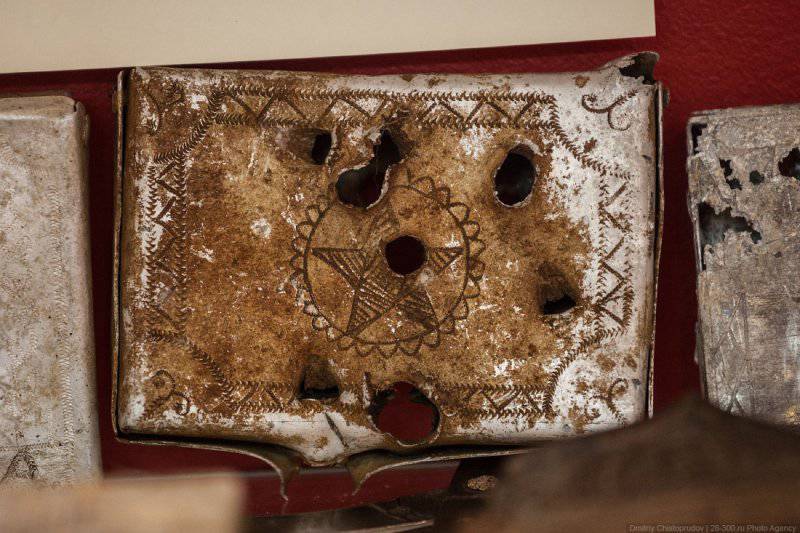 19. In the village of Myasnoy Bor built a memorial and a chapel in memory of Soviet soldiers who died in the war. 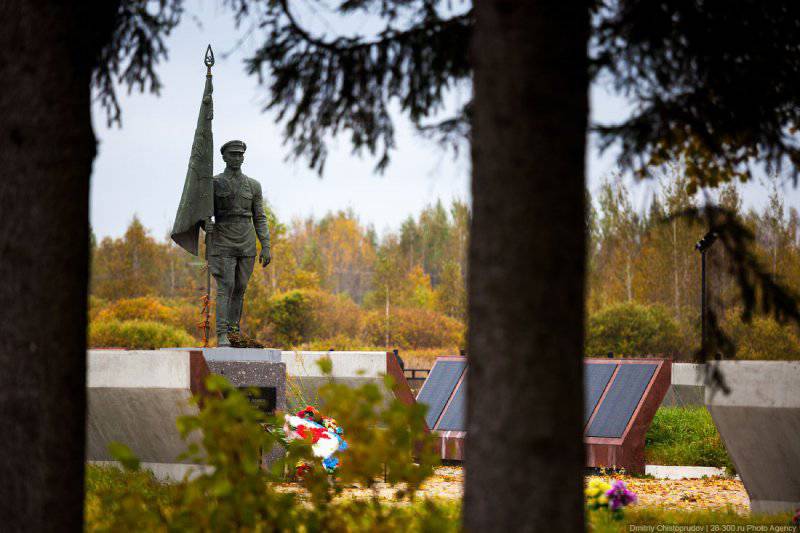 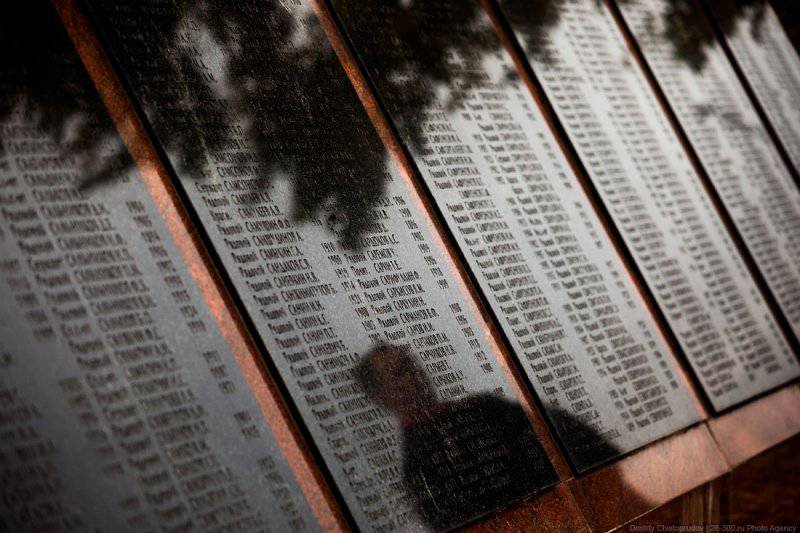 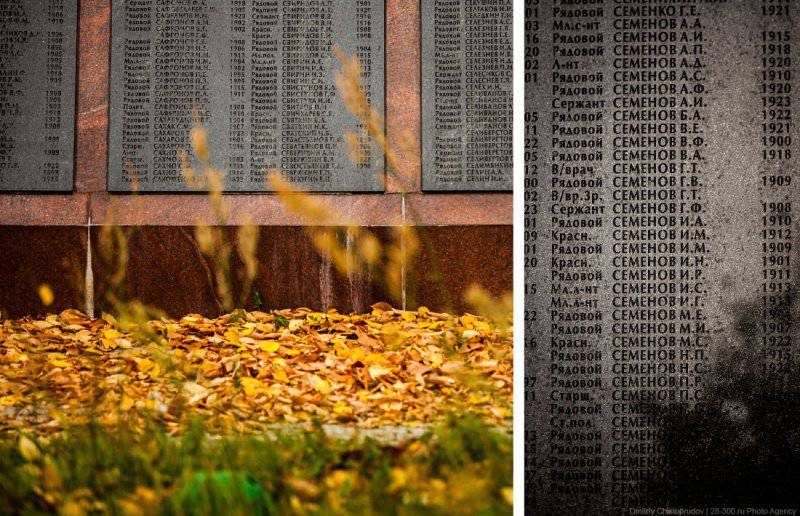 22. But such transport is used here in the spring, when there is a lot of water in the forest. 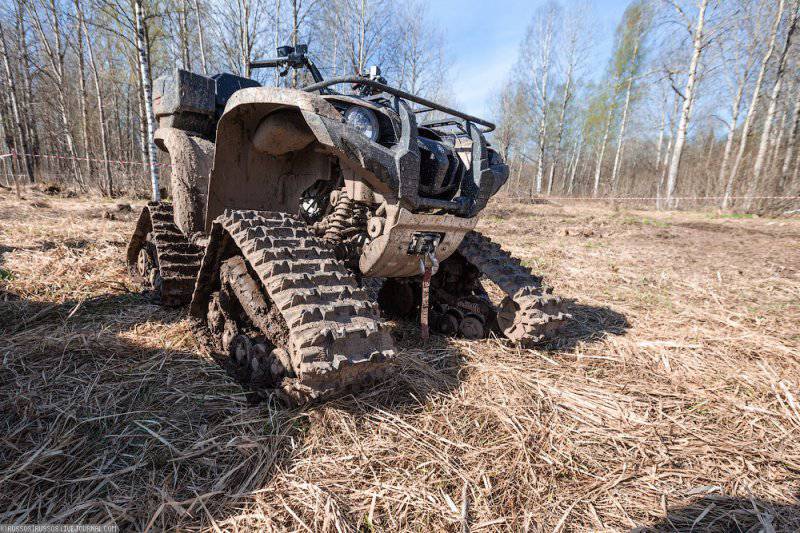 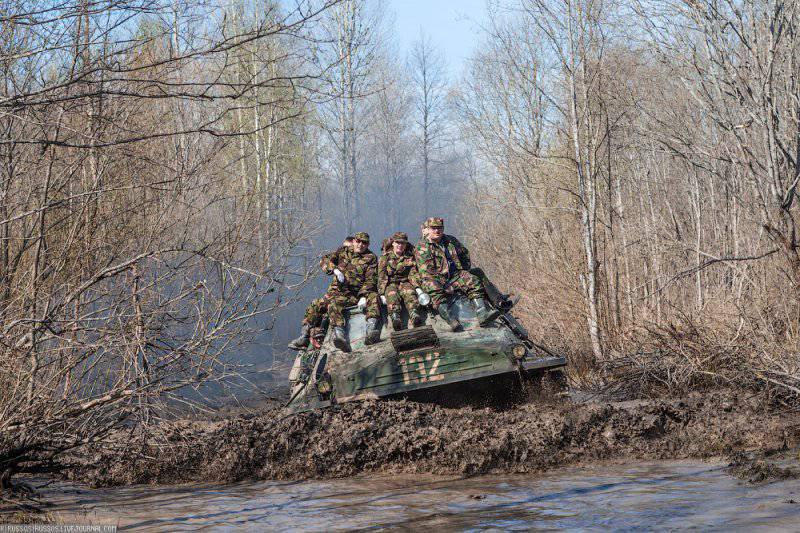 Search work in Myasny Bor is the first large-scale project of this kind to be implemented during the preparation of the territories set aside for the construction of new roads.

Ctrl Enter
Noticed oshЫbku Highlight text and press. Ctrl + Enter
We are
Liberation of Crimea and Sevastopol in 1944Beat the invader! Reconstruction of the battles for the liberation of Kiev
Military Reviewin Yandex News
Military Reviewin Google News
64 comments
Information
Dear reader, to leave comments on the publication, you must to register.