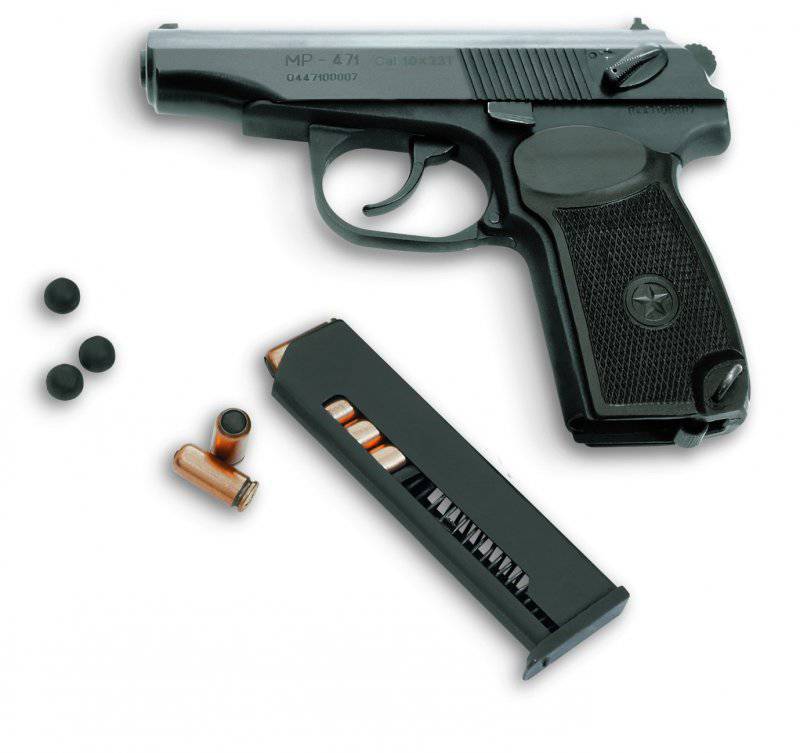 The products of Izhevsk Mechanical Plant, part of the Kalashnikov Concern, will be presented at demonstration firing to be held on September 26-28 as part of the RAE-2013 exhibition in Nizhny Tagil.


From 26 to 28, September, pistols of IMZ, part of the Kalashnikov Concern, will be presented at demonstration firing from a manual rifle weapons, which will be held at the shooting complex in the framework of RAE-2013.

Fans of small arms will be able to experience the following innovations and products of Izhevsk Mechanical Plant:

- MP-155 (new) - a self-loading rifle that retains the best qualities of the MP-153 and complemented by a cut-off mechanism.

The company presents weapons at RAE shooting for the second exhibition in a row.

Attention! In a number of media outlets there was inaccurate information that the Izhevsk Mechanical Plant presented the mobile robotic complex ISCs. This complex is a development of the Izhevsk radio plant. Read more at www.irz.ru

The Kalashnikov Concern is an association of the largest state-owned enterprises of the Russian rifle industry that are members of Rostec. The concern is formed on the basis of Izhevsk weapons enterprises NPO "Izhmash" and OJSC "Izhevsk Mechanical Plant", in the future it will include Vyatsko-Polyansky machine-building plant "Molot", KBAL them. L.N. Koshkin (Klimovsk) and NITI Progress (Izhevsk).

Izhevsk Mechanical Plant (IMZ) is the largest Russian manufacturer of sporting and hunting weapons, a wide range of pistols, and also consumer goods: power tools, medical equipment, and packaging equipment. The plant was founded in 1942. IMZ products are shipped to more than 70 countries.

Ctrl Enter
Noticed oshЫbku Highlight text and press. Ctrl + Enter
We are
Innovation Day of the Southern Military District: Pictures from the ExhibitionThe action “Military service under the contract is your choice!” In Rostov-on-Don: future contract servicemen, exhibitions and “Russian Knights”
Military Reviewin Yandex News
Military Reviewin Google News
40 comments
Information
Dear reader, to leave comments on the publication, you must to register.