27 September 2013
30
UFOs of various forms now and then float around the world, a particular interest in unidentified flying objects arose after the end of the Second World War. At the end of the 40 of the last century, the world was covered by a real UFO-mania, which, in principle, did not disappear. Every year around the world see various celestial objects that differ from each other in shape: cigar-shaped, round, oval or triangular. A large number of similar messages are connected with America, where in fact, development of rather unusual aircraft - disk ones.


Of course, in various forums you can find information about unusual triangular shaped aircraft, the most famous of which is the TR-3B Astra. But this project at the moment seems to be nothing more than the fruit of someone's imagination, although adherents of conspiracy theory and conspiracy secrets may think otherwise. Rejecting this mythical project, it can be noted that the United States really planned to build its own "UFO" and this information is now available to a wide range of ordinary people.

Last year, the National Archives documents were posted online, dated 1 July 1956. According to the declassified archives in America, work was carried out to create the most real "flying saucer". The work was carried out under the Project 1794 program (Project 1794). This plate was created in the interests of the US Air Force, it had to be able to make a vertical take-off and landing. The device should have been distinguished by outstanding characteristics for its time - flight altitude over 30 km, maximum speed 3-4 Mach, range of action about 1800 km. 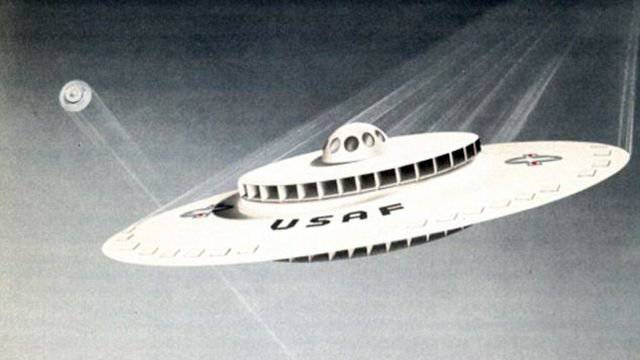 According to The Wire, the project’s budget was $ 3,16 million dollars ($ 26,6 million dollars at current prices), the military assigned a 1,5-2 of the year to develop the prototype. Today, the reasons for which work on this project was stopped, and he himself is closed, are unknown. But, according to the source, another similar flying saucer project was also closed in 1960, for the reason that the developers did not manage to achieve the required flight altitude, their aircraft took off only a couple of meters. The creation of the American "flying saucers" was carried out by Avro Aircraft (Canada), which built test samples for the 2 military.

The 1794 project initially set itself very ambitious goals and objectives, the above flight performance of the device, which were spelled out in the 1956 documents of the year, eloquently testify to this. Of particular interest was the point about the speed of the flying saucer, which was evaluated on the basis of blowing the model of the device in a supersonic wind tunnel. In 1956, it was, at first glance, somewhat naive to argue about the speed in Mach 4. The speed record that the SR-71 Blackbird demonstrated through 20 years in 1976 was only 3529,56 km / h. What made American designers hope to achieve an even higher flight speed two decades earlier?

The second Avro Canada VZ-9 prototype tested in the USA (the first one flew a little) exhaust gases were supplied from the turbine to a special annular nozzle that was located around the perimeter of the flying saucer. The air coming out of this nozzle was supposed to “stick” to the surface of the aircraft and flow under its wing, causing an increase in lifting force due to the use of engine exhaust gases. The rest of the combustion products were sent down and used to create thrust. This solution allowed designers to obtain additional lift simply by increasing the efficiency of the power plant of the device. This increase in efficiency would be spent partly on thrust (as in aircraft), and partly on lifting force without additional (in comparison with ordinary aircraft) fuel costs. The plate was supposed to fly forward by controlling its thrust vectors, which were deflected along the perimeter of the “saucer” or the general inclination of the apparatus. 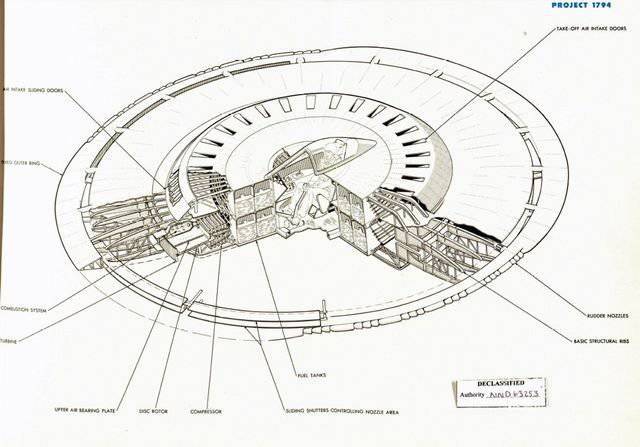 At the same time, experts now doubt that the machine presented in the declassified documents could have developed speed in Mach 4, but at the same time, the machine had significant potential. In addition to the above, through the use of a tight-fitting boundary layer, such aircraft should have the best laminar flow. In addition, all discoid-wing vehicles are potentially much safer than modern helicopters. This would be achieved due to the high aerodynamic quality during parachuting, ease of operation and a significant screen effect during landing (achieved due to the large wing chord), which made it unrealistic to land with outstanding speed.

The first take-off of the Avro Canada VZ-9 Avrocar prototype took place in December 1959, the last in March 1961. In December 1961, the flying disc development program was curtailed. The reason, and not the reason, which was the end of financing without a timely extension, was the instability of the developed plate in flight. Without moving from a place, she hung in the air well enough, but when she made a translational movement, she began to talk quite strongly. Moreover, this was quite simply explained - the aerodynamics of this aircraft (namely the aircraft, although it could take off vertically) was very far from the standard, it was theoretically extremely difficult to calculate it. At the same time, the Pentagon regarded the new aircraft as an ordinary aircraft, requiring developers to complete the work in the same time frame that was reserved for standard monoplanes. They did not understand that between the Avro plate and the traditional monoplanes lay a whole chasm. The military expected a revolution in aviation here and now, without any breakdowns of the originally designated dates.

The problem of the tested devices was the transition from the mode of hovering in the air to perform horizontal flight. Hanging in one place, the device secured a stable position due to blowing in the annular nozzle and, additionally, due to the rotation of the turbines in the horizontal plane. When trying to start the movement in airplane mode or exceeding the height of 4 feet above the ground, the aircraft appeared to be unstable: the screen effect weakened, and the lift from the wing did not reach the required values ​​(the speed was low), and the handlebars were rather weak, because control of deviating flaps needed to be further developed and finalized. 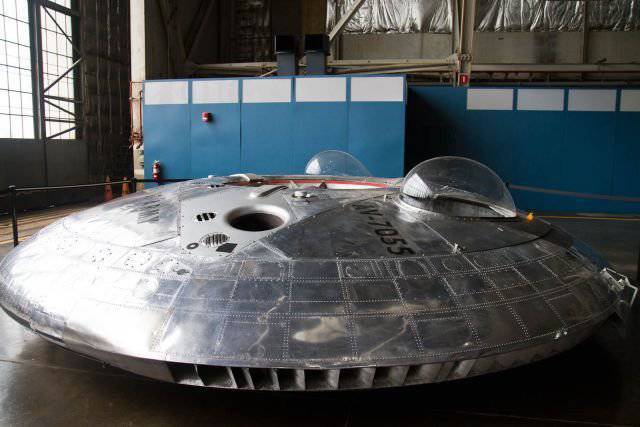 At its core, the American “Project 1794” was not just an aircraft of unusual design and form: it combined the use of the concept of a flying wing with Coanda’s virtually unexplored force at that time. At the same time, even the flying wing itself required a significant automated control system for individual parts of the wing surface. At that time there simply were no effective solutions of this kind.

The problem could be overcome by implementing a less radical model design. That was about the same time that M. Sukhanov entered the USSR with his discoplane. Despite the existence of a similar discoid-wing concept, Sukhanov’s aircraft (glider) retained its tail unit and cockpit, which helped solve the problem with the stability of the device. Only the screen effect remained, which was simply enormous due to the fairly large chord of the discoid wing. During the landing, dropping to a certain height, the pilot could not do anything until the speed of the glider would fall below a specific, quite specific value - only then the unit could land. Today we can say that it was rather his advantage. An inexperienced pilot could not make an emergency landing, making a mistake in the management. The presence of a strong screen effect would not allow him to squander the device - stick its nose into the ground. At the same time, the Coanda effect was not implemented in the Sukhanov apparatus, the development of his project stopped at the stage of a non-motorized airframe, and in its concept it was most likely aimed at exploiting the qualities of a disc-shaped wing, rather than working out new types of lift.

Later, using the Coanda effect to increase the wing lift due to its blowing with a jet engine, several aircraft will be designed and built. Among them is an experienced military transport Boeing YC-14 and an experimental American QSRA machine, as well as Soviet military transport aircraft with a shortened take-off and landing - An-72 and An-74, which were produced and produced serially.