Who needs the fragments of the Soviet empire 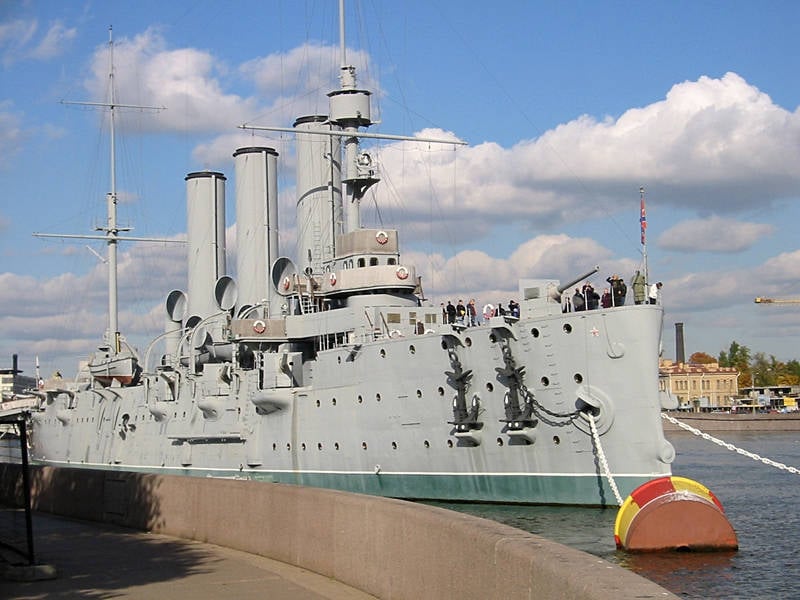 An exhibition of the remarkable artist of the Silver Age of Russian culture, the student of Ilya Repin - Philip Andreevich Malyavin (1869 – 1940) opened in the famous Russian Museum in St. Petersburg. Throughout the world, he is known as a brilliant portrait painter, creator of images of the Russian peasantry, full of popular power.

“Verka” is one of the “Russian women”, as they proudly said a hundred years ago, - beautiful and cheerful, which became the heroines of the artist Malyavina. The most famous of this series is the huge picture “Laughter”. It also depicts Russian women not in the usual postures of many submissively humiliated, but beautiful, strong-willed, full of self-esteem. For the first time since 1899, the painting came to Russia from the Venice Museum of Modern Art.

Alas, the next night after the opening of the exhibition of Philip Malyavin, three hundred meters from the Russian Museum, dozens of unknown people in hoods shouting like “Allah Akbar!” Opened fierce shooting at people and cars. After that, they fled with impunity. The governor of St. Petersburg, Georgy Poltavchenko (“the quietest”), did nothing about this. Although it is considered a church man, in whose office - in front of the icon in the red corner - the lamp is constantly on. By the way, there is a police station at the same distance from the shooting site as the Russian Museum. That night the site "died." Most likely - from fear and horror.

It’s time to ask why regional authorities are so afraid of visitors from the south? Why do trains and airplanes arrive in two capital cities every day crowded with immigrants from Central Asia and Transcaucasia? Why is the head of the migration service Romodanovsky mumbling that year that everything is under his control? At the same time, real stripping, identification of illegal immigrants and violators of the passport regime take place in a show order only before the elections, as it was recently in Moscow.

It is no longer only nationalists who slander that the authorities consciously pursue a policy of ousting the indigenous population from the country, or at least from large cities. This is written in the newspapers, talk in the discussion programs on television. But the trains continue to arrive, and of incomprehensible origin, thick-haired aunts in color scarves are already shouting in the markets that this is their land. On the same Nevsky Prospect on New Year's Eve, it’s not the tourists who walk, but those whom the authorities call German beautifully migrant workers.

Such “multiculturalism”, which has led to the impasse of the developed countries of Western Europe for thirty years, is flourishing in Moscow and St. Petersburg. In many key regions will soon be the same: in the Urals, and in the Stavropol region, and in the Volga region. Cases of criminal crimes in Sagra, Pugachev and earlier in Kondopoga gave reason to assume that the power, its security forces in this issue are amorphous, cowardly and incapacitated. But the brutal suppression of thousands of opposition rallies and processions in the same Moscow and St. Petersburg says that the state has the strength and will. So the reason is most likely another.

What is the power of homegrown Asian "multiculturalism"? What function does it perform? It sounds trite, but the statement of the famous Ostap Bender, that just like that, only cats will be born, it is relevant today. In Soviet times, the CPSU fool people's heads with an endless expectation of a bright future for themselves and Soviet citizens to remain in power forever. A quarter of a century has passed, and the similar desire of the new power vertical is already due to quite material factors - the primitive privatization of natural resources, plants, factories, land ... Over the past quarter century, no matter how hard they tried, the richest country did not have time to take it completely.

Such a nasty desire of a relatively small group of people is becoming more noticeable to the majority of citizens of the country. It causes not only disgust, but also a completely tangible protest. They see this and those "faces". They see and know that, in the Russian tradition, those whom they called publicly in the squares were thieves — they were often sent to the rack. Term left almost everyone. And how can you not translate the arrows on the "visiting chocks"? Who in fact, for the most part, are quite harmless and hardworking people.

... Meanwhile, the police almost demonstratively prefer not to mess with criminals from Moldova, Georgia, Azerbaijan, the North Caucasus and Central Asia. It continues to be a major supplier. News. Behind the curtains of this "insoluble problem of a universal scale" the web of the new Medvedev privatization continues to lash, state-owned enterprises are pumping budget subsidies to donate them in full or in part, along with the "added value". The scheme is clear and understandable. As they say - business and nothing personal.

So let's say for the time - “Farewell, Verka!”, With all your Silver Age. We are not yet ready for you to return forever.

But what the hell is not joking?

Ctrl Enter
Noticed oshЫbku Highlight text and press. Ctrl + Enter
We are
About Stalin and KhrushchevOn the other side of the “red” and “white”. Izborsk Club Report
Military Reviewin Yandex News
Military Reviewin Google News
87 comments
Information
Dear reader, to leave comments on the publication, you must sign in.