A step away from the Abyss. Elites need a trumped-up Apocalypse! 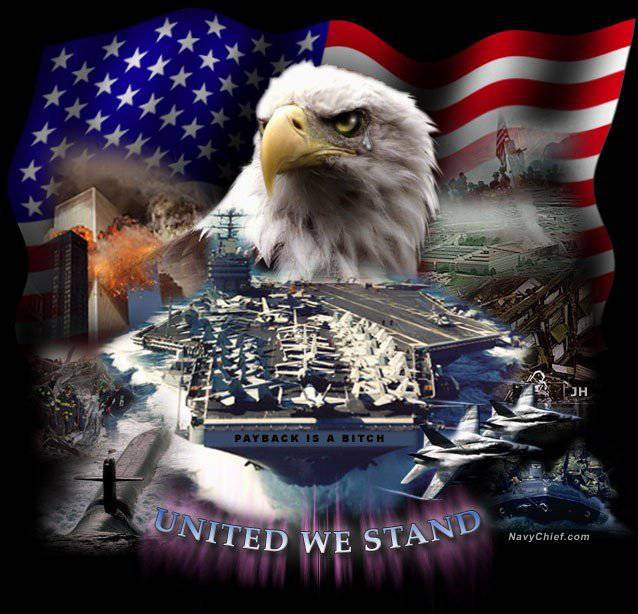 Over the years, on Alt Market (and Neithercorp.us) I have carefully expounded the most likely way of decay that will occur in the United States. A vital part of this analysis is economic destabilization caused by the dollar losing its status as a global reserve currency and petrodollar.

In addition, I have always clearly indicated that the financial crisis will not be an event that will occur in a situation of political lull or vacuum. The central banks and international financiers who created our current and developing collapse will not allow the destruction of the US economy, the dollar, or global markets, to occur without a cover event intended to hide their guilt.

They need something big. Something so large that the average citizen will overwhelm with fear and plunge into confusion.

The magic tricks of smoke and mirrors will be so sensitive and crushing the soul that they will leave a large part of the population of the Earth hypnotized and helpless to understand the root of the nightmare that will unfold before them.

The elites need a trumped-up Apocalypse.

I have warned about the Syrian trigger point for a very long time.

Agreement on mutual defense of Syria with Iran, its close ties with Russia, the Russian naval base on the coast of the country, the advanced Russian weapon In the arsenal, the country's proximity to vulnerable sea oil routes, all this makes the Syrian nation an ideal catalyst for global catastrophe.

The civil war in Syria is already spreading to neighboring countries, such as Iraq, Jordan and Lebanon, and if you look at the facts objectively, the whole war is the product of hidden actions by the United States and its allies.

Saudi Arabia has directed funding and armament as well.

Israel helped the rebels by using air attacks inside the borders of Syria (even if it means that the Israeli government was substantially helping its supposed deadly enemies).

This war would not have happened today without the special efforts of the West. Point.

If you go beyond the brief review of the Syrian insurgency, you can find an organization of monsters. Morally miserable ghouls and mobers, whose crimes have been carefully documented, including mass executions of unarmed prisoners of soldiers, torture and beheading of innocent citizens, mutilation and cannibalism of corpses, and the institution of religious tyranny of a frightened population.

The US created and released these demons, and now, people are asking the White House to support them by force of arms.

But what is the purpose of this? ..

The goal, I believe, is a fundamental transformation of the political, economic and social systems in the world.

The goal is to create a strong fear, a fear that can be used as capital for a purchase, what globalists call the “new world order”.

Syria is the first domino in the long chain of disasters; which Rand Corporation (the main US think tank) sometimes calls a “check”.

While I am writing this, the Obama administration is directing sea and land forces to the right place and trying to convince the American public in an agonizing and pathetic manner that 90% of us think “wrong” and that a blow to Syria is in fact necessary.

It seems that the establishment is determined to launch this chain reaction and accelerate global collapse.

So, if the blow will take place, what events can we expect in the next few years?

Here is a brief summary of them ...

1) Many US allies will refrain from directly participating in the attack on Syria. Obama will continue unilaterally (or with the continued support of Israel and Saudi Arabia), which will pay even more attention to the United States as the main cause of the crisis.

2) Obama will try to soften the public response by limiting attacks with rocket attacks, but these attacks will be extremely ineffective compared to previous wars in Iraq and Afghanistan.

3) The no-fly zone will not be prepared, but the US fleet will strive to remain outside the high-end zone of the Russian missile technology, which is in the hands of Syria, and this will lengthen the response time of the Syrian air force and make the response more difficult. Expect much more casualties in the US Navy and Air Force compared to Iraq and Afghanistan.

4) Iran will immediately send troops and weapons in support of Syria. Syria will amaze with the "vinaigrette" of various military forces that will fight for ideological reasons, and not because of pure politics and borders. The battles will spread to other countries, secretly and explicitly, just like in Vietnam.

5) Israel is likely to be the first country to send official ground forces to Syria (and probably Iran), citing the lack of effectiveness of US air strikes. American troops will follow shortly thereafter.

6) Iran will close the Strait of Hormuz, submerging several cargo ships in a narrow isthmus, and send naval missiles to any water resources that attempt to clear the passage from debris. Oil exports through the Strait of Hormuz will stop within a few months, 20% will be reduced oil supplies in the world overnight.

7) The Egyptian civil war, which is currently taking place, but ignored by the mainstream media, will explode due to an increase in anger over the American presence in Syria. The Suez Canal will be a dangerous delivery option for oil exporters. Many will prefer to travel around the Horn of Africa, which will add two weeks to the delivery time and increase the cost of the oil transported.

8) Saudi Arabia will see a rebellion that has been ripening under the surface for many years.

9) Gasoline prices will increase significantly. I predict a 75% -100% price increase within two to three months after any strike on Syria.

10) It will be difficult to move around with the help of a transport, if not impossible due to the high cost of gasoline. The little that is still flourishing in our economy will end because of the dollar’s ​​vacation. Shopping homes will fall even more than before, due to the extremely high cost of expenses required for the movement of families.

11) Russia will threaten to restrict or completely refuse to export natural gas to the EU if they try to join the US in aggression against Syria. The EU will abide by the conditions due to its dependence on Russia for energy supplies.

13) China and Russia will finally announce their decision to abandon the dollar completely, as the world's reserve currency. This process began in 2005, and global banks have been fully aware of it for many years.

14) Because China is the number one position in world exports and imports, many countries will follow this example and abandon the dollar in bilateral trade. The value of the dollar will explode. China, Russia, and the war in Syria will be blamed for this, and global banks, including the Fed, will be ignored as the real culprits for the fall in the dollar.

15) The combination of high energy prices and the devaluation of the dollar will hit retail prices hard. We must expect a doubling of prices for all goods. Look, many imported goods are already starting to disappear from the shelves.

16) The number of homeless people will grow exponentially as social programs decline, including food stamps becoming inevitable. However, welfare will not disappear; it will only be “adjusted” to meet various goals. The very homeless will be treated as criminals. The vacillation of gangs of the unemployed and vagrants, which was during the Great Depression, during the current crisis will not be. The state and federal agencies will pursue an “out of sight, out of mind” policy toward the poor, forcing them to flow into “relief shelters” or other bureaucratic devices designed to condition the homeless. They will be forced to accept refugee status, which will make them completely dependent on federal scraps, as well as prisoners in federal camps.

17) Terrorist attacks (under a false flag or otherwise) will spread like wildfire. Israel will be very susceptible to this tactic. The US will see a series of attacks, including cyber attacks on infrastructure. Syrian supporters will be blamed for this, and this will happen regardless of the evidence. The White House will become an institution with broad authoritarian powers, including the continuity of executive orders, the Patriot Act, the NDAA and other instruments, etc.

18) Martial law cannot even be officially declared, but the streets of America will feel like martial law and no less.

19) False paradigms will crowd out core values, as the establishment will seek to divide American citizens. The conflict will be colored in different ways: Muslims will go against Christians, black against white, poor against rich (but not the super rich elite, of course). Activists of the Freedom Movement will be labeled as “traitors” and accused of “undermining the authority of the government” during the crisis. Neocons will throw all the blame on Barack Obama. Neoliberals will blame the conservatives for a “split.” The activists of the Freedom Movement will point out that both sides are puppets of the same clique of international bankers (Kabala) and will be marked as “traitors” again. The establishment will try to direct the anger of the Americans at each other.

20) The apparatus of the Ministry of Homeland Security will be switched entirely to actions within the country, it will be completely focused on “internal enemies”. The powers of the TSA (Transport Security Service) will be extended to highways and city streets. Local police will go completely subordinate to the feds. Northcom will send soldiers to the borders of the United States, where it will deal with a more stable fourth of the country. Totalitarianism will become the norm. ”

Considering the fact that preparations are continuing in the United States to suppress mass disputes and insurgencies, and military units not adapted to the functions of the police force are trained to disperse crowds and intern people, one can see how the element to the element is composed - this mosaic, from which in the near future, an unattractive picture of American reality will emerge more and more clearly, which cannot be covered up with any tricks of the mass media.

The author writes bluntly - “the establishment is determined to launch this chain reaction and accelerate global collapse“.

And the bombing of Syria, provoking the Great War in the Middle East (all against all), is no longer a separate event - albeit on a global scale, but a trigger (trigger) of the Global Crisis, specifically provoked by the global financial community that brought the global financial system to the brink of collapse.

They are confident that the war in the Middle East is their salvation.

And by any provocative nonsense about the “chemical weapons of Asad,” they can’t even close their motivations from Americans who are inclined to strongly believe their media ...

Ctrl Enter
Noticed oshЫbku Highlight text and press. Ctrl + Enter
We are
Situational analysis of the death of the MH17 flight (Malaysian Boeing 777), made on the basis of engineering analysis from 15.08.2014Results of the week. "Enter the ambassador citizen!"
59 comments
Information
Dear reader, to leave comments on the publication, you must to register.