On the nationalization of the Russian space

27 September 2013
21
Reforming the rocket and space industry has become an obvious necessity after a series of unsuccessful launches of spacecraft. After all, to endure the situation is impossible. And the state did not suffer. At the request of the country's leadership, plans for the transformation of the Federal Space Agency (Roskosmos) were prepared by the Military-Industrial Commission and Roskosmos itself. However, after hearing the proposals of both parties, the state decided in its own way. Let's see what the authorities wanted, what they will receive as a result and what else is needed for the revival of Russia as a space power. 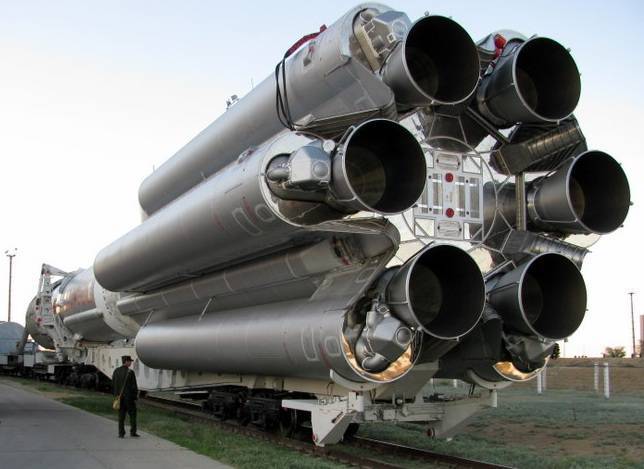 The plan of the Military Industrial Commission (MIC) provided for the creation of a separate “United Rocket and Space Corporation” (ORKK). It should have included enterprises and organizations that previously submitted to Roskosmos. But not all. The exception should have been four companies that are involved in strategic defense programs. These are the corporations "Kometa", "Moscow Institute of Thermal Engineering", "Strategic Control Centers" and the State Rocket Center. Makeev. They should have remained under the jurisdiction of the space agency, which is understandable - the head of the military-industrial complex Dmitry Rogozin suggested that over time, ORKK be brought to IPO (partial sale of the corporation’s shares). This, of course, would allow to receive additional funds for the development of the industry, but it is impossible to give into private hands the structure forging the country's nuclear shield. And therefore, the most important defense enterprises proposed to leave Roscosmos subordinate.

The agency’s own plan envisaged its transformation into a state corporation, like Rosatom State Corporation, which should strengthen control over individual enterprises that are now acting as independent organizations only fulfilling government orders (they are formed by Roskosmos). At the same time, not all enterprises in the space industry are now owned by the state.

Thus, RSC Energia seems to be officially administered by Roskosmos and depends entirely on government orders, acting as the main contractor for the manned cosmonautics. But in fact, the state owns only 38% of this corporation. Other shares are owned by CJSC Leader, OJSC IK Development and individuals. All of these owners line up the corporate policy in accordance with their interests. And the state, which provides the lion's share of orders and profits, cannot fully control what is happening in the corporation, influence the adoption of internal decisions. The corporation can always make it clear: “we are working on your order, and everything else is our internal business.” Actually, that's what happens.

As an illustration of how little influence the state has on enterprises in the industry, one can cite a conflict between Roscosmos and the same RSC Energia on the Sea Launch project. Contrary to the opinion of Roskosmos, the RKK leadership actually acquired this commercial project when its unprofitability almost led to Sea Launch to bankruptcy. And now, to support its unprofitable launch site, RSC asks the state to provide Sea Launch within the framework of the Federal Space Program. Or even more - buy the launch platform from Energia. In response, the State Space Agency presents materials on the financial irregularities identified by the RKK to the Federal Property Management Agency and is trying to change the board of directors. What else can Roscosmos do? After all, he - just a customer, not the owner of the corporation. That is why Roskosmos and the military industrial complex agree on the main points in their programs: in order to change the existing state of affairs, it is necessary to return control of enterprises to the state. Moreover, they receive all the profits from government orders, not from commercial ones. And in the coming years, RKK will receive billions of dollars in funds for the creation of a new manned transport ship (PTK), which will be replaced by Soyuz by 2020. To allocate such funds to a corporation, on whose work the state cannot influence, is simply foolish. Therefore, at a meeting on reforming the industry, Dmitry Rogozin proposed to return the Korolev RSC Energia to state ownership. Fully.

But why, then, does Rogozin talk about the sale of shares in the future ORKK? Why collect state property once squandered, if later it will again have to be given into private hands?

It is worth remembering here that the domestic research and production rocket and space complex is unparalleled in the world. It was created by a great power for great tasks. And the current space programs simply do not correspond to its scale. And if we do not have really large-scale and truly ambitious tasks, then the space industry will simply have nothing to load.

We have already written about the situation with NPO "Energomash". This company produces engines RD-180 for the American company General Dynamics. The Security Council of Russia believes that such cooperation is a threat to our national security. However, in case of freezing the contract, NPO Energomash will find itself in a difficult position, since its capacities will be unclaimed. Today, the state has nothing to load one of the best enterprises in the industry and its unique, high-class team.

In other words, it is imperative to regain control of the industry. Otherwise, the rocket will fall. Today, the space complex is not ready to cope even with the current, very modest tasks, and it is necessary to restore order. But if large space programs do not follow this, then the industry will again have to be let go “on free bread”.

Now about what the state decided to do with Roscosmos and its subordinate enterprises. Today it is known that the United Rocket and Space Corporation with 100% state property will be created. It will include all research and production organizations in the industry, including the Kometa corporations, the Moscow Institute of Thermal Engineering, the Strategic Control Centers and the State Rocket Center for them. Makeev. This means that there will be no sale of ORKK shares even in the long term - they do not give such assets into private hands. The squandered ownership shares of individual enterprises will be returned to the state, as has already been done in shipbuilding and aircraft building. That is, there will be a state corporation. But not on the basis of the current Federal Space Agency, but as a separate structure. Roscosmos itself is not going anywhere (the number of employees will even increase, right up to 450 people). He will remain the general customer who forms the state policy in the space sphere. And the general contractor of all works will not be individual corporations, but ORKK. Among other things, this will allow not to divide corporations into partially defense and fully defense. And strategic military programs can be conducted from the direct customer - from the Ministry of Defense.

A little distracted, it should be said that in the domestic space industry can not be separated from the defense component of the civil and defense companies from civil. There are no civilian enterprises in this industry. It is difficult to regard as “non-military" such organizations as the GKNPTs named after MV Khrunicheva or RSC Energia. In fact, no separate “civilian space” exists anywhere in the world. The exceptions are a few new private companies that have emerged in recent years, created by enthusiasts and get a chance due to the cancellation of many of its own American NASA programs. In all other cases, the space programs of developing States. And mainly - for military purposes. And all commercial and scientific space programs are secondary. The first (mainly telecommunication) are used for the partial return of funds invested by states in the development of the space industry. The latter most often have both fundamental and applied scientific and military significance. In addition, scientific programs give space exploration a humanistic appearance. But the main point of space exploration, both at the dawn of orbital flights, and now is the new opportunities in the military sphere that open up to any space power. And therefore, there are no commercially viable structures in the space sphere. Always and everywhere the main customer and initiator of new programs is the state.

The decision not to separate the military and civilian components of the cosmos is absolutely correct. The defense tasks for the space industry, which are able to load the work of the enterprise - more than enough. But this is not enough. We have to think about other programs of its own manned space station, about the development of the Moon and on flights to the planets of the solar system. Such ambitious tasks created our rocket and space complex. They will be able to revive it. It remains to restore order, and you can begin to restore the status of a great space power. Our space industry is not created for carting space tourists and not for single launches of foreign satellites, and for large-scale breakthrough for the stars. Or it will be so, or it will not be at all.