Underwater version of the "BrahMos" prepared for installation on submarines 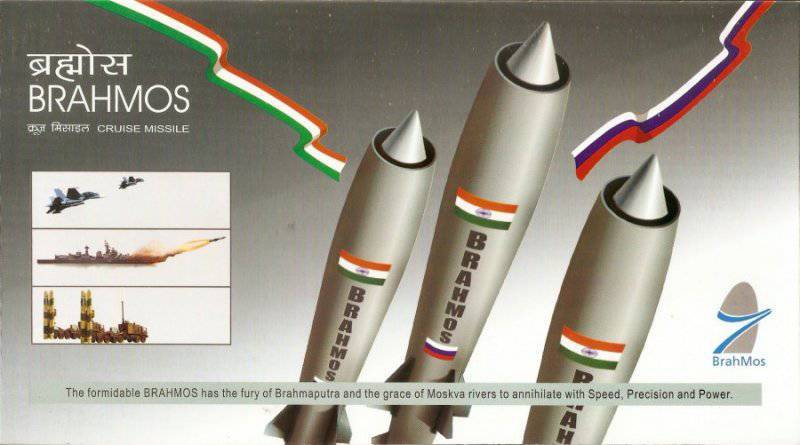 An underwater version of the BrahMos supersonic cruise missile of a joint Russian-Indian production is ready for installation on submarines, said Sivathana Pillai, president of BrahMos Aerospace, which develops and manufactures these missiles, on Thursday.


“The successful test of the BrahMos rocket demonstrated the possibility of launching a rocket from an underwater platform, and it is ready for installation on submarines,” he specified. “No additional tests are required,” ITAR-TASS reports.

As expected, the BrahMos missiles will be installed on six non-nuclear submarines of the 75I project, a tender for the supply of which will be announced in India soon.

Russia will also take part in it with the submarines of the Amur-1650 project and, according to the Director General of the Rubin center for marine engineering, Andrei Baranov, in case of victory, will be able to transfer the New Delhi lead ship within five years from the moment of the conclusion of the relevant contract . That is, we can talk about 2019-2020's.

“Our team is working closely with the army to ensure that the underwater version of the missile is put into service on time or even ahead of schedule,” Pillai added.

He also said that work on a smaller version of the BrahMos supersonic cruise missile of a joint Russian-Indian production is in its initial stages, and it can be put into service in 2017 year.

“For the installation of the BrahMos on fighters, there is a need to reduce the weight of the rocket,” he noted. - A smaller version is called "BrahMos-M" ("mini"). After completion of the draft design and the initial configuration of the rocket will begin its development. "

The weight of the new rocket will be 1,5 tons, length - about six meters. It will target the Su-30MKI and MiG-29 fighters, however, it is also suitable for other combat vehicles that are in service or will be adopted by the Indian Air Force, including the Rafale and Mirage 2000 aircraft.

First start aviation version of the BrahMos-A rocket is scheduled for June 2014. The Su-30MKI fighter equipped with it should be ready in September 2015. It will be possible to install only one BrahMos-A on it, and in the case of the release of reduced versions, the Su-30MKI will be able to lift three missiles already. On the MiG-29 it will be possible to install two BrahMos-M.

The Russian-Indian joint venture BrahMos Aerospace was created in 1998 and got its name in honor of the Brahmaputra and Moscow rivers. The company was the technological partner of the first in India naval and shipbuilding exhibition “NAMEXPO-2013”, which is being held these days in Kochi in the southern state of Kerala.

Ctrl Enter
Noticed oshЫbku Highlight text and press. Ctrl + Enter
We are
The Brahmos missile was almost completely integrated with the Su-30MKI fighterPromising projects of the BrahMos family of missiles
21 comment
Information
Dear reader, to leave comments on the publication, you must to register.