26 September 2013
14
In early September, the Japanese media reported on regular flights of Chinese Xian H-6 bombers near the territorial waters of Japan. The aircraft discovered by the Japanese air defense system was only a few hundred kilometers from Tokyo, but did not enter the airspace of the island nation. It should be noted that the Air Force of the People’s Liberation Army of China regularly conduct such flights, causing complaints from the Japanese side. However, this time the flight of a Chinese bomber is interesting not from a political point of view, but from a military-technical one. 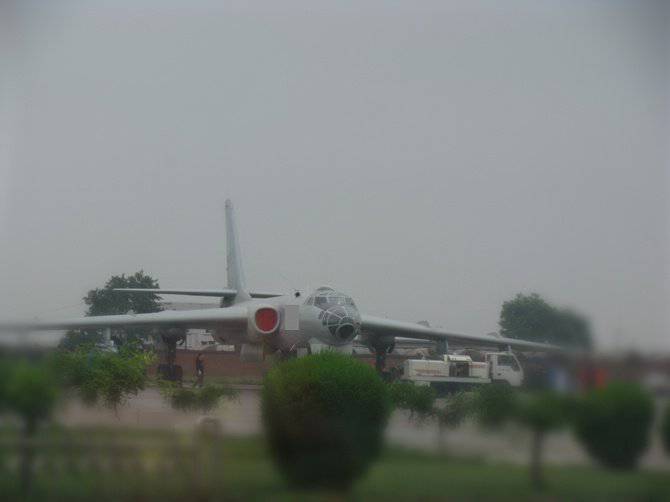 The Xian H-6 bomber with the 81215 tail number, seen near the Japanese waters, had interesting equipment. As seen in the existing photograph of the aircraft, the inner pylon under the right wing of the wing is equipped with an unusually long girder. At the same time on the holder there was no weapon. Foreign experts on Chinese weapons and military equipment rather quickly suggested the purpose of the beam holder. According to the most common opinion, a bomber seen near Japan can carry a new anti-ship missile (ASM) YJ-12.

According to reports, the development of a promising supersonic anti-ship missile YJ-12 started in the early nineties. The project involved the organizations of the China Sea Eagle Electromechanical Technology Academy (CHEMTA) and the Tri-River Aerospace Industrial Group, which are part of the state-owned China Aerospace Science and Industry Corporation (CASIC). The project was prepared for the beginning of the two thousandth years and in the middle of the same decade, small-scale construction of new missiles began. More accurate information about the project, organizations or specialists involved in it, etc. are missing.

With a total length of about 7 meters CRP YJ-12, according to different sources, has a starting weight from one to 2,5 tons. The rocket is equipped with a liquid ramjet engine. Thanks to such a power plant, the YJ-12 can accelerate to speeds of the order of 2M. Accurate firing range data are not available, and estimates range from 100-150 to 300-400 kilometers. The missile is probably equipped with a combined guidance system: it goes to the desired area using a satellite or inertial navigation system, after which the active radar homing head is responsible for finding the target. According to some sources, the YJ-12 rocket is able to independently detect a target at a distance of about 50 kilometers. The warhead of the rocket, according to various estimates, has a mass of about 200-300 kg.

A number of materials on the new Chinese anti-ship missile mention the original flight profile. According to this information, after being dropped from the carrier aircraft, the anti-ship missile YJ-12 abruptly gains altitude, then descends and thereby develops a speed four times the speed of sound. Then the anti-ship ammunition goes into horizontal flight at an altitude of about 20 meters above the surface of the water at a speed of no more than 1,5M.

From the available information about the YJ-12 missile, it follows that the latest versions of the Xian H-6 and Xian JH-7 aircraft can be used as its carriers. H-6 missile carriers are capable of carrying four missiles, and JH-7 - only two. Given the range of the missile, the combat radius of both aircraft increases significantly, which ultimately has a positive effect on the combat effectiveness of the naval units aviationarmed with new anti-ship missiles. For example, the combat radius of a JH-7 aircraft armed with YJ-12 anti-ship missiles is approaching 2000 kilometers.

If the available estimates of the characteristics of the YJ-12 rocket are at least partially true, then there is reason to say that China really has a powerful weapon for the destruction of enemy ships. The lack of information does not allow to assess the potential of this munition when attacking ships with modern radio-electronic equipment and weapons. Probably, modern warships of leading countries of the world can intercept and destroy a new Chinese rocket, however, with a massive strike, the outcome of such an attack ceases to be predictable.

Naturally, the high combat potential of the new Chinese anti-ship missile is provided by its characteristics, information about which is extremely scarce. If it turns out that the available estimates of the capabilities of the YJ-12 differ from its real indicators, then the actual combat potential may be significantly lower than expected. In this case, other aspects of the YJ-12 project come to the fore. 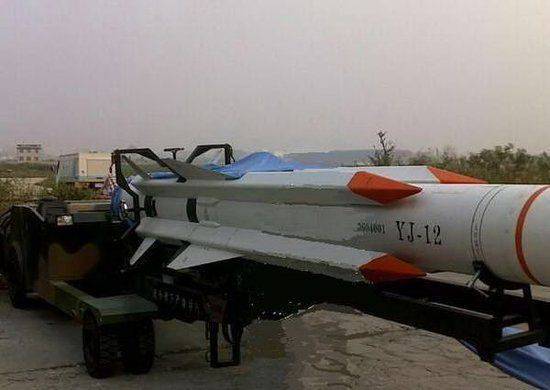 For example, a bomber spotted by Japan causes big questions. On it was only one (according to other data, two) a long-length girder holder suitable for carrying and launching the anti-ship missile system YJ-12. This fact, among other things, may indicate that a promising anti-ship missile, for some unclear reason, has not yet received wide distribution. Of course, you can find other explanations for the original composition of the equipment of the aircraft H-6, associated with the technical or tactical nuances of its operation.

In any case, the amount of information about the YJ-12 rocket that is not verifiable, as well as the large amount of information that is purely evaluative, makes it difficult to try to figure out the possibilities and prospects of the new Chinese anti-ship munition. It is unlikely that something will change in the coming years, and therefore the YJ-12 rocket will remain the most mysterious representative of its weapon class for the time being.