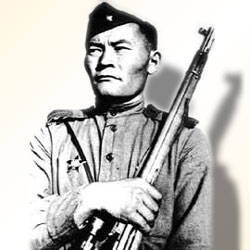 In the Western armies, snipers are cherished and strongly encouraged, they have an additional ration, increased pay, they do not go on the attack as ordinary soldiers. Soviet snipers did not enjoy any privileges during the Great Patriotic War. They fought without standing out from the general system, freeing the Motherland from the enemy. It happened that they participated in battles along with infantry, in their hands - an automatic rifle, on the back - a sniper rifle. They were sent ahead of their positions, to the battle hunt. But not only the sniper was hunting the enemy, and every minute the enemy was hunting him. And here someone who has more luck, who has a sharper eye and faster response, he will be the winner, he will remain to live.


About good snipers composed legends: Vasily Zaitsev, Nikolai Semenov, Peter Osadchy. And here is another undeservedly forgotten name: Ibrahim Suleimenov, a Kazakh soldier, one of the best snipers of the Great Patriotic War. He was born in 1908, in the village of Sarysu, Dzhambul region. Before the war, he worked as a tractor driver, in his free time he loved to hunt with an old rifle. In the 1941, in the fall, he was drafted into the Red Army. How did he become a sniper? Very simple. One day, the commander asked the young warriors who among them wanted to become a sniper. Ibrahim first out of order. “Hunter?” Asked the commander. "Hunter. In the steppe on wild animals hunted. And the fascist is also a beast. ” Ibrahim got a sniper rifle and beat the Nazis out of it mercilessly. He served in the 100-th separate rifle Kazakh brigade, formed in Almaty. Low-growth, calm, with a sly soldier, a kind of Kazakh Vasily Terkin, quickly gained credibility among fellow soldiers. 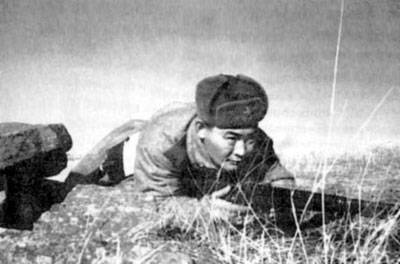 The brigade received baptism of fire in the autumn of 1942 near the city of Rzhev. There, Ibraim Suleimenov began his short but vivid soldier's career. In general, from the Kazakhs, with their keen eyesight of the steppe, on the front, excellent gunners, machine gunners, snipers, navy - observers. Marked arrows distinguished themselves near Rzhev: Bergebay Abdikarimov, who destroyed 48 fascists, Zamanbek Mataev - 34, Petr Osadchiy - 28. Ibraim Suleimenov destroyed 39 officers and soldiers of the enemy. Then the brigade was thrown under the Great Luke, where there were fierce battles. In these battles, Ibraim Suleimenov brought the personal score to 150 fascists.

At the army rally of snipers in the summer of 1943, under the Great Bows, the famous sniper Suleimenov spoke. He said: “Why did I become a sniper? I started a war near Moscow. I saw the executed collective farmers, collective farmers and their children. I entered the houses, and people told me how the Hitlerites scoffed at them. I saw grief, suffering in every home ... I still cannot feel calm now .. It has become hard for me to see it. I swore in those days to become a sniper. Why did I defend Moscow? I am Kazakh, my Kazakhstan is far from Moscow. But Moscow is the capital of our entire Union. She and my capital. That is why I defended Moscow. But that's not all. I thought: if the fascists are not stopped and not destroyed, they can reach my native Kazakhstan. I will not rest until one Hitlerite tramples our land. I destroyed the 239 fascists. I urge you to bear the death of the invaders. "

Ibragim Suleimenov fulfilled his oath with honor. By November 1943, his rifle struck down 239 enemy soldiers and officers. They wrote about him in the newspapers, the Kazakh poet Jambul dedicated poems to him, the glory about him thundered throughout the army. The fascists were terribly afraid of the “steppe arrow,” as they called the Kazakh warrior. There are several cases in which the soldiers of the German army refused to withdraw to positions for fear of hitting the front sight of the famous sniper. The hunt began for foreman Suleimenov. The enemy has bombed any suspicious place where a sniper could hide. The best fascist sniper tried to destroy him, but luck did not leave the brave warrior, and combat fights always ended in his favor. 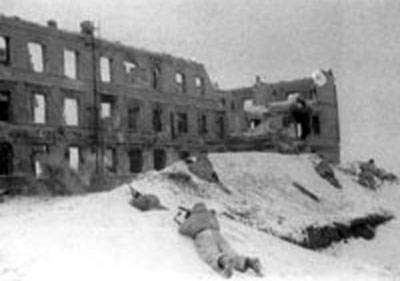 16 November 1943, a fierce battle broke out at the height of 173,3 at the Izocha station, west of Nevel. On the left flank of the height was firing from a machine gun Manshuk Mametova, on the right fielding three trenches at once, Ibrahim Suleimenov was stationed. In the two extreme he left a rifle, and on average a machine gun and two grenades. As soon as the enemy caught his eye, he immediately smashed him with a sniper rifle. Two attacks of the enemy were repulsed. Ibrahim destroyed 12 fascists. At this time, our infantrymen ran out of ammunition. The soldiers began to retreat. By evening, only Manshuk Mametova and Ibrahim Suleimenov remained at the height, covering the retreat of their comrades. Manshuk's machine gun was already silent, the cries of “Hurray!” Of fellow soldiers were already coming to the rescue, but the ammunition ran out and the brave foreman rushed to hand-to-hand ... Then an enemy bullet overtook him.

After the battle in two trenches Ibraima did not find a single patron. The rifle and machine gun were broken, and the rifle in the third trench remained lying on the parapet, muzzle facing the enemy. Around counted over 30 enemy corpses. His score Ibrahim Suleimenov brought to 289.

The brigade for this fight presented posthumously Manshuk Mametova and Ibraim Suleimenov to the title of Hero of the Soviet Union. The army and the front approved these views. There remained only a word for Moscow, the title of Hero claimed in the government. But in Moscow decided differently. Manshuk Mametova was awarded the title Hero of the Soviet Union (posthumously), and Ibrahima Suleimenov was awarded the Order of Lenin. Of course, this is a high reward, but still - not the Star of the Hero. The fact remains. One of the best warriors was not awarded the highest award of the country. If you give an assessment over time, then Ibrahim Suleimenov is indeed one of the best snipers in the world. And it is never too late to award the Hero the reward he deserves!

Ctrl Enter
Noticed oshЫbku Highlight text and press. Ctrl + Enter
We are
The use of snipers in battle, according to the experience of the Great Patriotic WarThe most productive snipers
Military Reviewin Yandex News
Military Reviewin Google News
47 comments
Information
Dear reader, to leave comments on the publication, you must to register.