"It turns out quick work." Heraldry specialist with skepticism refers to the new versions of military symbols 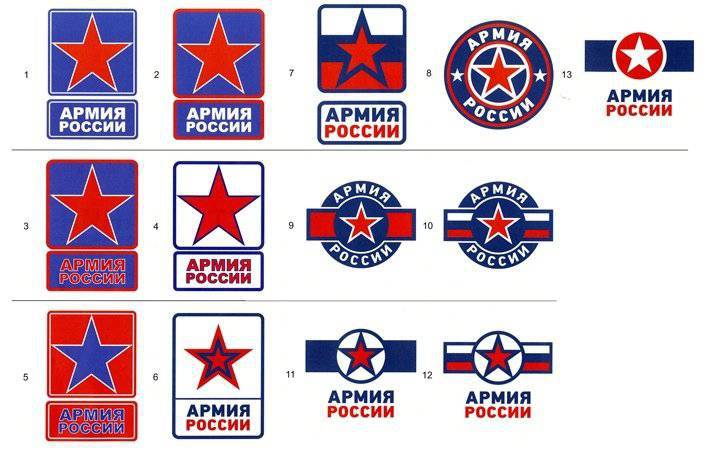 “Sergey Kuzhugetovich Shoigu is a good man, but for some reason he thinks that he is a great dock in all matters. And he makes sole decisions, ”said Leonid Tokar, a member of the Heraldic Council under the President of Russia, commenting on the new emblem options proposed by Defense Minister Sergei Shoigu in an interview with the VIEW newspaper.


By the end of the month, the Ministry of Defense intends to choose a new emblem for a military uniform. Earlier, Russian generals expressed their opinion on the presented options for the emblems, and last week the head of department, Sergei Shoigu, offered them to the attention of the Public Council under the Ministry of Defense. At the exit from the meeting room, a ballot box was installed.

The presented options were not liked by all members of the Public Council. The leader of the Moral Code group, Sergey Mazaev, immediately appealed not to hurry with the approval of the emblem, to which the minister replied: “Just do not tighten up; Then it will take time for a very large circulation, for tenders, and so on. ”

As a source in the Ministry of Defense staff explained to the newspaper VZGLYAD, "there is no talk of some kind of global rebranding." “We are not planning to massively change stars for tanks and airplanes. Those that are now on the equipment will remain on it. But in addition to combat vehicles, there is also a form. And not only the one in which they go to parades, field trips, but also for everyday wear. For example, T-shirts, tracksuits. The same souvenir products, ”the source explained.

The fact that the Ministry of Defense chooses a new emblem, which will be applied to all army aircraft, tanks, ships and other military equipment, RBC daily reported earlier. According to the publication, 13 emblem versions were prepared: the star and the colors of the Russian flag are present in all versions.

In an interview with the VIEW newspaper, the emblem options presented by Shoigu were assessed by the author of many emblems of civil departments, a member of the Heraldic Council under the President of Russia Leonid Tokar.

VIEW: Leonid Nikolayevich, what requirements should be placed on the emblems of the armed forces? 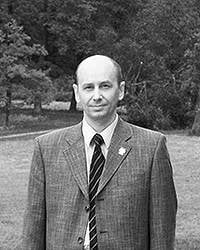 Leonid Tokar: We already have an emblem of the armed forces - the emblem of the Ministry of Defense. Established by decree of the President of Russia No. 46 of January 27 1997, it is a two-headed eagle with outstretched wings, holding a sword in its right paw, and a laurel wreath in its left.

The emblem should be as simple as possible in order to apply it through a stencil, and at the same time to give an idea of ​​the equipment belonging to certain armed forces of a certain state, it should be easily recognizable.

And if it should be recognizable, was it not easier to turn to traditions? With 1918, we either used a red star or a red star with white trim. This emblem is traditional for the armed forces of the USSR. It is necessary not to invent a new one, but to use a traditional sign, especially since it is recognizable.

In general, the need for marking military equipment in Russia arose before the First World War, when the first copies of aircraft and tanks appeared. Our identification marks from that period are a white-blue-red circle. This circle appeared not by chance - it is, figuratively speaking, a ribbon of the colors of the national flag, assembled in a round rosette. Cockades looked like that, that is why identifiers on the technique of the pre-revolutionary period were also called cockades.

Then, when part of the airplanes turned to red, a star began to be planted on these white-blue-red circles, but this was a temporary measure. But the use of Soviet symbols is still not in doubt. Civil aviation The Soviet period was also indicated by this sign, and today Aeroflot uses the same emblem - wings against the background of a sickle and a hammer.

The projects presented can hardly be called emblems, most likely they are logos, because the words “Army of Russia” are graphically depicted here.

VIEW: Is it necessary to have the colors of the national flag on the military emblem?

L. T: Not necessarily. If there is a recognizable symbol, then why do we need the colors of the national flag? And the red star with white edging is associated with Russia, the star was used by the Americans, but there the star was white.

VIEW: Do not you alone say that the new emblem is a copy of the American version, some also point to similarities with the Chinese. Is this some kind of global rule for creating emblems, or is it just created without much imagination?

L. TA: Yes, of course, if you look at the 11, 12 and 13 options, removing the inscription “Army of Russia” and you open the identification marks of the Air Force of the American Army, all your questions will disappear by themselves - absolutely clear tracing paper with some changes. On the emblem itself, this inscription “The Army of Russia” is deeply incomprehensible to me, it again turns the emblem into a logo. The comparison with China is not quite right, the Chinese still have a yellow edging star, and more recently a hieroglyph is required in the center of the star.

Need to know history, heraldic traditions, otherwise a hack work. For example, while I was developing insignia for Russian Railways, designer Victoria Andreyanova was developing a uniform for railroad workers. During one of my visits, I was shown the work of her young designers - a jacket with a red ribbon with a white edging missed in the loop. I ask: "What is it?" They answer: "Well, ribbon, beautiful." I say: "Nothing that resembles an iron cross ribbon or a medal for a wound?" - "Oh, we did not think."

So in the case under discussion, they forgot to compare it with the American version. What I see in front of me perfectly illustrates that a person far from symbolism was engaged in this.

VIEW: Do the options from a purely visual, artistic point of view suit you?

L. TA: They do not like it. If you love a star, then let's star. She traditionally has the right to life. If you want something new without a star, we will return to the fact that there is an officially approved emblem that no one bothers to use on the technique. Don't you like her? Sorry, you accepted this. Then let's change the presidential decree.

When I design emblems, I try to get away from statehood. Because the emblem is created for many years and should not depend on the change of state symbols. I have been doing this for decades and have developed many departmental symbols. There are good departmental emblems that are worn for decades, no one is going to change them. Based on this, I - for a star on the technique.

# {weapon} VIEW: Sergey Mazaev admitted in an interview with our newspaper that he saw in this emblem Shoigu a "Kabbalistic sign." “If an inner circle is drawn from the center of the star, then the outer corners should be a little more obtuse, such as the Hero's Star was - it is rounder, kinder, wider, and the sharp straight geometric star - this symbol is taken from Kabbalah,” explained Mazaev. How seriously can you take such a reproach?

L. TA: Mazaeva can be excused, he does not know that the stars were different. If we consider the stars that were used as a emblem for a headdress, the rays were sharp, wide, narrow, and even oval-pointed. There were lots of options. Therefore, the star is a star, as you draw, so it will be. If we take as an example the Star of the Hero of the Soviet Union, then such an outline was inherent in it.

On the presented projects in the 9, 10 variants, a star is depicted in just such a pattern that has been applied to our aircraft for many years. The 6 version was also. It was used on sleeve insignia in the 1922 year, when the internal was drawn in black with a red outer star.

VIEW: Who generally should be engaged in the creation of emblems at the state level?

L. TA: To carry out a unified state policy in the field of heraldry, in 1999, the Heraldic Council under the President of the Russian Federation was created, of which I am a member. According to the regulation on the council, the symbols of state bodies are being coordinated and examined in the Heraldic Council. There are experts in it.

Sergei Kuzhugetovich Shoigu is a good man, but for some reason he thinks that he is a great dock in all matters. And makes sole decisions. In the Ministry of Defense there is a heraldic service. I do not understand why this issue should be discussed at the Public Council when there is a Heraldic Council under the President of Russia. Of course, many are grateful to the Minister for having returned the shoulder strap to the field uniform on his stomach.

But then comes the so-called office form. Quiet horror that they have stuck. This is a separate conversation. What is an office form for? Field - it is clear. Any form of clothing has practical functions. If you take the 1812 year - there are different beautiful uniforms. What was it for? Not because it was beautiful, but so that the commander-in-chief could see the troops on the field and lead them. Then the bright form served to facilitate the control of troops on the battlefield.

As soon as we have an automatic weapon and a weapon with a long range of fire, we have the need to disguise. The British were the first to encounter this during the Anglo-Boer War, when the troops suffered heavy losses due to the fact that the uniforms were red - and were noticeable in the field. Camouflage appears.

There is still a dress uniform. When they say that it should be comfortable, it makes me skeptical smile. The dress uniform should be beautiful, show the power of the army, and it can be uncomfortable.

There is, in turn, also a daily form in which you can work absolutely comfortably in headquarters or now in offices. Therefore, the appearance of the office form is absolutely incomprehensible to me. Moreover, our military leaders in it resemble representatives of African or Latin American countries. Initially rich sewing on headdresses was intended only for dress uniform. In everyday form there was not much sewing. And now look at the office cap. It is completely embroidered, there is simply no place for living. Why embroider it?

The passion of Sergey Kuzhugetovich to decorate his uniform with stripes is already a talk of the town. There are unwritten rules for creating a uniform. There are experts who can tell you how to do it right.

Many subordinates are afraid to express their thoughts to high authorities, but I am a free man and I can defend my opinion regardless of the position held by the interlocutor, be it the Minister of Defense or even the President. And as a specialist, at least I will.

Ctrl Enter
Noticed oshЫbku Highlight text and press. Ctrl + Enter
We are
If not for the generals ... Shameful history of the Ukrainian armyWhat you didn't want to know about England
95 comments
Information
Dear reader, to leave comments on the publication, you must to register.