26 September 2013
84
The attention of specialists and the public is focused on the Russian Arms Expo-2013 exhibition of arms and military equipment that has opened in Nizhny Tagil. However, interesting events also appear outside this event. news. Thus, the Deputy Chairman of the Military-Industrial Commission under the government O. Bochkarev in an interview for RIA Novosti told about the plans for the existing types of armored vehicles.


According to Bochkarev, the industry and the military department concluded the negotiations, the subject of which was the delivery of infantry fighting vehicles BMP-3. The result of the negotiations was the decision to resume production and supply of this equipment. In the near future, Kurganmashzavod will transfer to the armed forces a number of already built infantry fighting vehicles, and then, perhaps, will begin construction of a new technology for this model. Thus, the Military-Industrial Commission and the Ministry of Defense were still able to deal with the controversial situation that had emerged in 2010 year.

Recall that in April 2010, the Defense Ministry’s chief of armament, V. Popovkin, during a press conference at the exhibition “Army and Society,” stated that the Defense Ministry does not intend to buy equipment that does not have sufficient characteristics and does not allow parity with foreign models. For this reason, several types of vehicles, including the BMP-3, came under the reduction of purchases. The Ministry of Defense accepted such 50 machines planned for construction in the 2010 year, but later did not order new ones.

The production and operation of infantry combat vehicles BMP-3 started in the late eighties and up to and including the 2010 Soviet, and then the Russian army received about 700 units of such equipment. Since the beginning of construction, several modifications have been created, but not all of them went into series. As a result, in recent years, complaints about the inadequate performance and combat effectiveness of the existing BMP-3 vehicles have been heard more often. The result of this was the rejection of further purchases of such equipment.

Some time after Popovkin’s statements, information about the possible resumption of purchases of the BMP-3 began to appear in the media. However, all such messages ended up being false. The last refutation of such information at the moment refers to the spring of last year. Then the First Deputy Minister of Defense A. Sukhorukov said that the tests of the updated BMP-3 had ended in the winter. The car was spared from the identified deficiencies, as a result of which the Ministry of Defense could unfreeze the contracts. However, soon the presidential plenipotentiary in the Urals Federal District E. Kuyvashev denied this information. As it turned out, the plans of the military and industry at that time were not purchasing BMP-3. In addition, at that time there were regular disputes around the need for the BMD-4M airborne assault vehicle, in which the opponents of this type of equipment won. 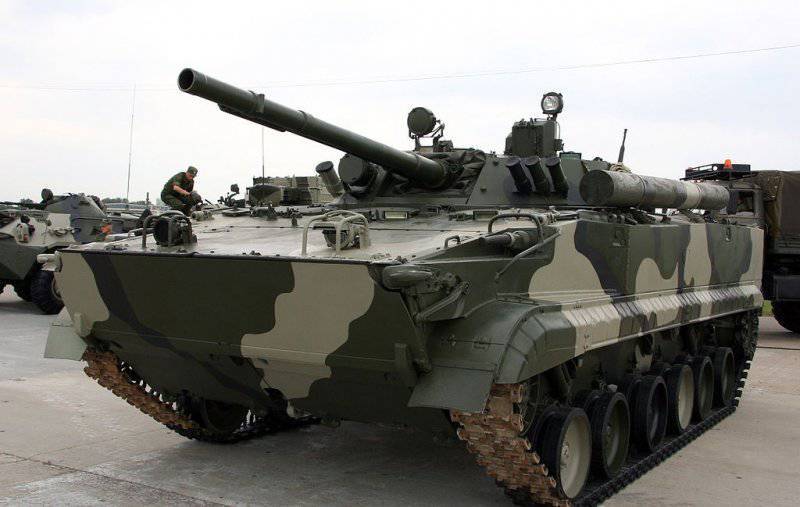 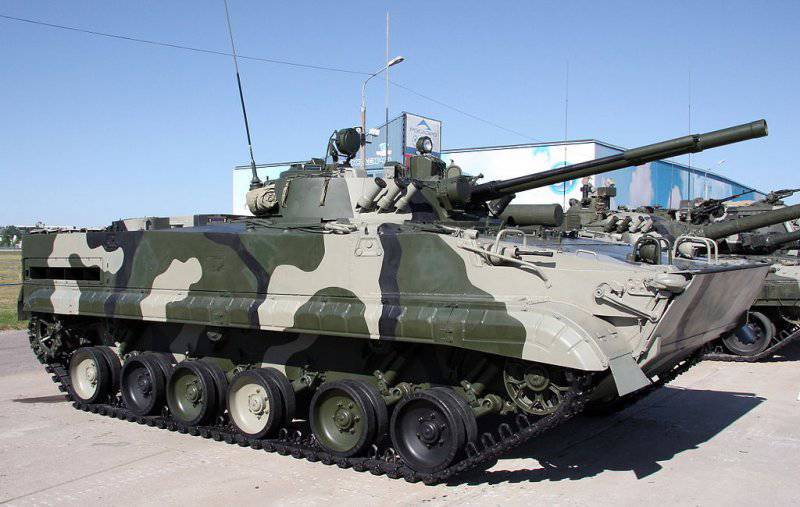 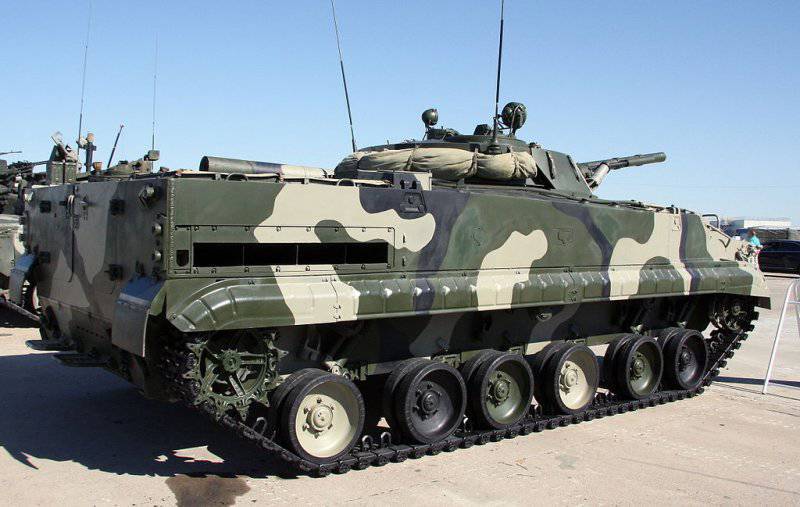 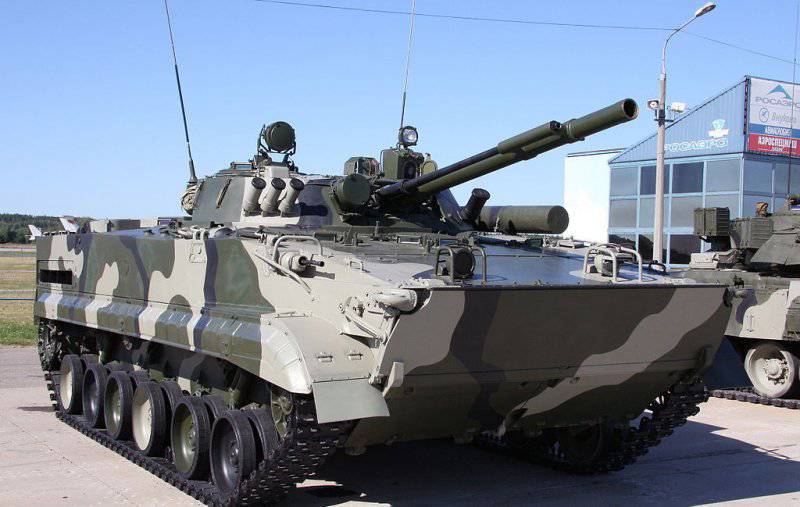 Probably, the appearance of false information and rumors about the resumption of production and procurement of infantry fighting vehicles was facilitated by the fact that during the last years the defense industry has regularly attempted to reach an agreement with the Ministry of Defense. Three years later, after the statements about the refusal to purchase the BMP-3, negotiations of industrialists and the military led to the result: the supply of these infantry fighting vehicles will continue.

O. Bochkarev recalled that at present the domestic defense industry is working on a new Kurganets medium tracked platform. Upon completion of the development and testing of combat vehicles based on this platform will go into a series and begin to arrive in the army. In addition, a draft heavy-duty infantry fighting vehicle is being developed, the basis for which will be the Armata armored platform. From this we can conclude about the role of the BMP-3 in the further purchases of equipment for the domestic armed forces. Probably, the purpose of the procurement of this infantry fighting vehicle will be to ensure the combat readiness of the troops while waiting for the technology of the new models.

Approximately a year and a half ago it was claimed that the BMP-3 had undergone some kind of modernization, thanks to which it got rid of a number of shortcomings. Exact information about the refinement of the machine was not disclosed. Because of this, it remains only to guess what kind of infantry fighting vehicles will go to the troops in the near future. Active work on upgrading the BMP-3 and updating its various systems continued for many years and led to the appearance of several modifications of the machine.

For example, in the BMP-3M version, the combat vehicle receives a new engine of greater power, as well as the Arena active protection complex. Thanks to such innovations, the armored vehicle has better mobility compared to the base case, and is also able to fight anti-tank ammunition of various classes. At the beginning of the two thousand years, the exhibition demonstrated a variant of the BMP-3, equipped with dynamic protection. Such equipment also led to an increase in the level of protection, but had a negative impact on the mobility of the machine. In particular, the BMP-3 with dynamic protection blocks cannot float.

Another "challenger" for the contract of the Ministry of Defense is the BMP-3 version, equipped with the Bakhcha combat module. The complex of weapons and electronic equipment of this combat module can significantly increase the combat capabilities of the armored vehicle. In addition, the Bakhcha module can be installed not only on machines under construction, but also on those already in operation. Thus, during the repair, the BMP-3 drill can get an updated weapon system. 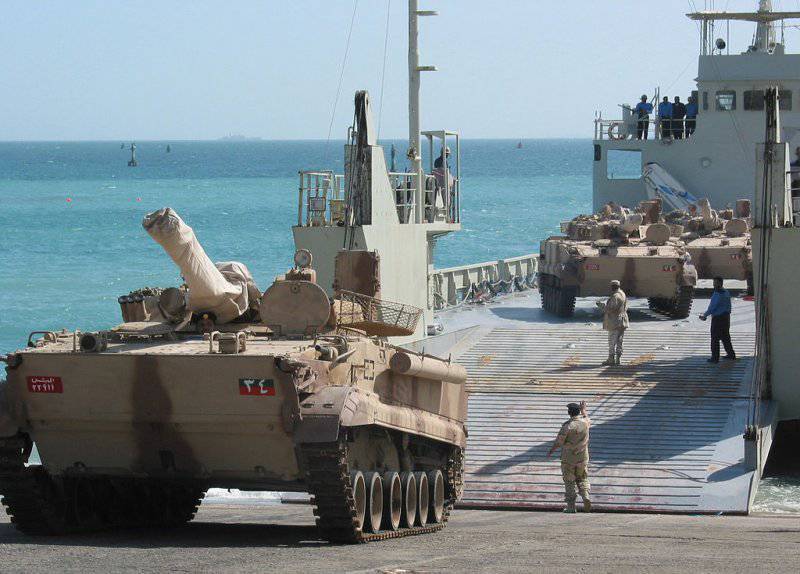 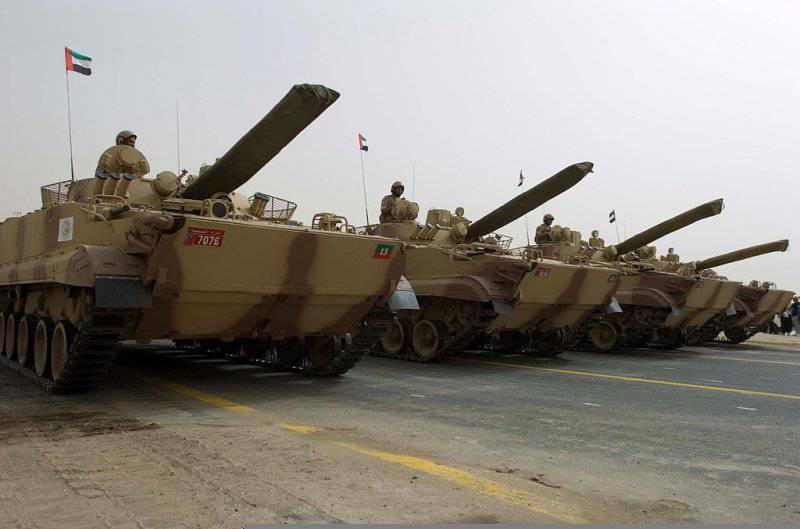 It is not yet known which of the available modifications of the BMP-3 will soon replenish the fleet of vehicles of the national armed forces. At the moment, all available information is limited to information about the fact of the completion of the negotiations of the military and industry. A few years later after the cessation of purchases of the BMP-3, the domestic Ministry of Defense is again ready to purchase a certain amount of such equipment in an updated version. Probably, the military department and the defense industry enterprises involved in the project will soon announce such details of the new contract as the number of vehicles required, their modification and total cost.

Ctrl Enter
Noticed oshЫbku Highlight text and press. Ctrl + Enter
We are
Additional protection for American armored vehiclesIs the "old" well forgotten to become the "new"? Part-2. At the call of honor and duty
84 comments
Information
Dear reader, to leave comments on the publication, you must to register.