India will spend 150 billions of dollars on weapons 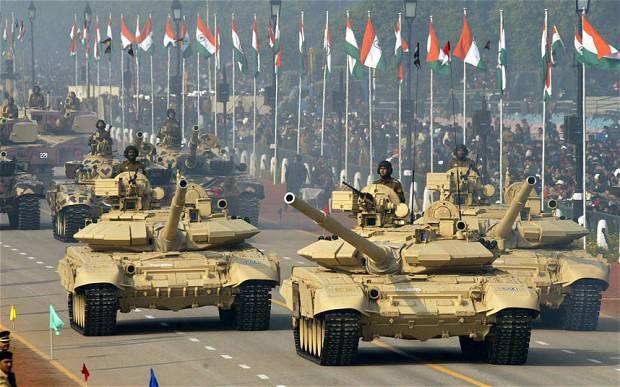 India in the coming 10 years will need military equipment totaling up to 150 billion dollars.


This opinion on the sidelines of the first naval and shipbuilding exhibition "NAMEXPO-2013" was expressed to ITAR-TASS by the chief adviser to the Confederation of Indian Industry, the organizer of the event, Gurpal Singh.

“According to our forecasts, within eight to ten years, purchases of military products by India will amount to 150 billion dollars, of which up to 80 billion dollars in offset programs will be invested back into the Indian economy,” he said.

"NAMEXPO-2013" opened on September 23 and will run until September 27. It will be held in Kochi in the southern Indian state of Kerala once every two years.

Ctrl Enter
Noticed oshЫbku Highlight text and press. Ctrl + Enter
We are
Innovation Day of the Southern Military District: Pictures from the ExhibitionThe action “Military service under the contract is your choice!” In Rostov-on-Don: future contract servicemen, exhibitions and “Russian Knights”
Military Reviewin Yandex News
Military Reviewin Google News
9 comments
Information
Dear reader, to leave comments on the publication, you must to register.