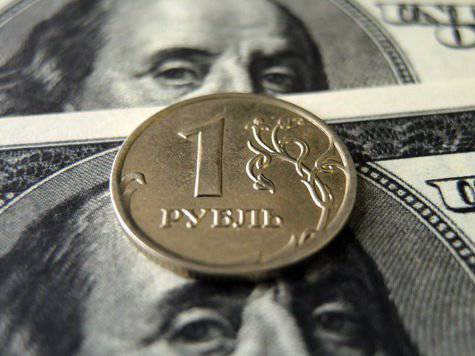 The era of expensive raw materials, which began to rise in world oil prices in May 1999, ends before our eyes. Despite the unprecedented pumping of speculative (both financial and commodity) markets with cheap money, raw materials in general have ceased to become more expensive, and in many areas have begun to steadily fall in price.

The biggest impression was made by the “bell” in the coal market, the price of which decreased more than twice from the maximum level reached in the second quarter of 2011. The reasons are transparent: in addition to general overproduction, this sharp reduction in imports by India and the “shale revolution” to the United States (because of which American coal, which has fallen in price, “went through the world” and is now exported even to Europe).

Oil and gas are still being held, but in general they have only about three years left - until the gas carriers already built in South Korea for exporting American liquefied gas are completed. The fact that after this the “national wealth” of Russia will turn into a chicken (albeit a very large one) with a severed head is the concern of those to whom this “wealth” actually serves, however, a one-third reduction in the price of gas exports to Europe is inevitable.

With oil, the same is easier. It is clear that the cheapening of coal and gas will “pull” it after itself, and reducing its world price even to 60 dollars per barrel in its consequences for the current model of the Russian economy will be comparable to a shot from a grenade launcher at the temple.

But business is far not limited to energy carriers.

Since the spring of 2011, the world prices for steel semi-finished products and flat-rolled products have dropped by about a quarter, for long products - by one-sixth. Over the same period, nickel fell by more than twice, tin and aluminum - by about a third (the latter’s reserves in the world significantly exceed annual consumption, and there are no prospects for their reduction), copper - by about 30%, lead and zinc - by more than fourth.

Frighteningly - also by more than a quarter relative to the maximum level - even gold is getting cheaper, which, of course, is not primarily a “raw material for the electrical industry”, but a means of accumulating treasure and sacred metal of the entire market economy.

The scandal with the “quarrel between business entities” around Uralkali drew attention to a relatively small, but very significant, potash market. Only investment projects already being implemented in this area provide an increase in potassium production by about a third over the next three years - without any signs of increased demand. At the same time, a significant part of the projects being implemented has already passed the “point of no return”: it will be much more expensive to stop them halfway than to continue even at a loss. It is clear that this doomed the potash market to a collapse in prices, which was only brought closer by the arrest of Baumgertner and the very convincing Interpol support for the prosecution of the Uralkali leadership by Belarus.

All of the above does not seem to be an accident, not a one-time oscillation, but a new stage in the development of the world, at least a new business cycle of this development. The immediate cause of the cheapening of raw materials — the inhibition of China — lies on the surface, but even this is caused not so much by the internal difficulties of the Celestial Empire, as by limiting the growth in external demand due to the global economy slipping to a global depression.

It is clear that the inevitable (at least, as far as this can be judged today), the breakdown in the global depression will further increase the overproduction of the main types of raw materials and, accordingly, will increase the downward trend in its prices.

The cheapening of raw materials, which has been going on for two years now, gives both global and national business a clear signal that is subject to fast and unquestioning execution: they are no longer investing money in the relevant industries. (Bright examples are Qatar’s moratorium on the development of new gas fields on the shelf and the actual refusal of Russia to develop the Shtokman field.) Worldwide, the center of gravity of investments is confidently shifted from the development of raw materials and the acquisition of processing facilities to new technologies. Exceptions such as the US shale gas and oil market only confirm the rule - and the most advanced part of the world, despite the inertia of global monopolies, is probably waiting for a new technological breakthrough, a new stage of transformation by everyday life technologies.

The investments made in these technologies will have to be recouped, and, despite their growing productivity, high-tech products will begin to rise in price relative to raw materials. The tendency of its relative cheapening, which has manifested itself in recent decades, will reverse, and intellectual rent will take the part of humanity that does not possess it by the throat.

Yes, over time, the malicious and widespread abuse of the monopoly position under the guise of the realization of intellectual property rights will lead to the spread of cheap, widely available and, at the same time, superproductive technologies, blocked today by global monopolies and national bureaucracies.

Yes, after one or two decades, when the world will feel the consequences of the overflow of investments in technology to the detriment of the development of raw materials, the latter’s deficit will change the situation: prices will go up, investments will follow after them - and after the implementation of the relevant projects the cycle will repeat again.

But all this still needs to live.

And in the coming years, most likely, we are waiting for the era of cheaper raw materials, in which Russia will face a sharp decline in revenues from virtually all of its exports, including products of the first redistribution and rapidly aging weapon (with a clear loss of the ability to produce a significant part of it). But our country is bending today - “only” under the weight of its own problems in the form of total arbitrariness of corrupt officials and monopolists: economic growth is slowed down and will soon turn into a recession, a huge increase in investments last year was replaced by their growing reduction.

Domestic experts, who in these conditions continue to call for the development of a strategy for investing petrodollars in the development and implementation of modern technologies, are simply late: while this strategy is developed (and the experience of Medvedev's “modernization” shows that this may not happen at all), the petrodollars will run out .

And the new generation of Gaidar, Chubais and Kiriyenok, warmed up on export streams, will turn our pockets out without a shadow of hesitation and remorse and conscientiously declare: “The money has run out!”.

Strictly speaking, this process has already begun, and long before the reserves are exhausted. What are the heart-rending cries about the lack of money in the budget, the unused balances of which (over 7,2 trillion rubles) exceed semiannual expenses (that is, you can not collect taxes and customs fees for more than six months, and no one except the treasury will notice this). The cuts in social spending and development programs (but by no means giving the impression of openly thieving “image projects”!) Under these conditions are meant only to cover up the quite possible final operation to “withdraw” a significant part of its own reserves from the country.

The trouble is not that the impending cataclysm will almost inevitably lead to the end of the ruling and owning Russia party, robbing the Soviet legacy and processing the people of our country into personal wealth. These people have long been sorry for no one - even, judging by their behavior, by themselves.

The trouble is that the upcoming cataclysm will be quite long and may lead to the end of Russia itself, because our unpreparedness for such a development is obvious.

Our technologies, created at best in the 80s, will be just as hopeless and helpless in the near high-tech future, like the current Strategic Missile Forces - in a situation of large-scale use of precision weapons in combination with four-level American missile defense.