US decided to resume work on a new long-range bomber 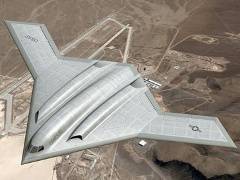 The Pentagon decided to continue work on a project to create a long-range bomber of a new generation.

There is no data that would clarify the question of whether the Americans will resume the 2004-2009 project or start a new project. But it is clear that due to the economy mode, which Robert Gates recently announced, it seems that the military will have to soften the requirements for a promising vehicle.

The US military has long been thinking about creating a new promising long-range bomber. The old B-52, which was adopted at the height of the "cold war" with the USSR, at the beginning of the 70-s of the 20 century, stood in the service of 30 for years.

The formation of the main list of requirements for the new aircraft was carried out over 2-s years. The command of the US Air Force determined that the new aircraft should be adopted for the 2018 year - the project was named "2018 Bomber" ("2018 Bomber of the Year"). The program was then renamed the Next Generation Bomber (NGB). Originally it was thought that the new machine would be of the type of medium bomber, and its maximum speed would not exceed the speed of sound. This factor allowed to save fuel and reduce the cost of additional research that was needed to create a supersonic aircraft.

Among other requirements for NGB were, in addition to subsonic speeds:

- stealth;
- the ability to be long above a certain point of the earth;
- to be the carrier of cruise missiles and nuclear bombs;
- to be in the airspace of the enemy for a long time.

Officially, the tender for the creation of a bomber was announced in 2007, the US Air Force expected that the first flight of the aircraft will take place in the 2009 year. The tender was attended by companies Boeing and Lockheed Martin, Northrop Grumman. They presented their projects of promising bomber at the start of 2008. At the end of the same year, the United States Air Force chose the Northrop Grumman project, having paid the company to develop the 2 aircraft, billion dollars. The Pentagon had planned that after the creation of the aircraft, to adopt the 175 units - 120 combat units, 10 squadrons and 55 reserve and training.

The cost of the entire program was estimated at 40-50 billion dollars. The list of requirements for the aircraft gradually grew.

- range in 9,5 thousands of kilometers;
- the possibility of remote control of the aircraft;
- the duration of stay in the air during unmanned flight, equal to 50-100 hours;
- use of existing engines
- the ability to transport weapons total weight in 6-12 tons.

It was believed that the bomb would take off in 2010. The NGB development program continued until mid-2009, when the Pentagon announced its intention to extend the life of the already existing B-1B, B-52 and B-2 Spirit bombers, as well as to terminate funding for the NGB creation program. The reason for the rejection of the NGB program was the intention of the US Department of Defense to abandon the traditional understanding of the far aviation and develop a fundamentally new approach to the issue. In March 2010, US Air Force commander Norton Schwartz and US Secretary of Defense Robert Gates announced that a new bomber would be created, but as part of an extensive "family of strike systems."

In fact, the Pentagon planned to create a whole complex of weapons and military equipment intended for a massive attack on the enemy’s territory not only with nuclear strikes, but also with the disabling of all information systems. The prospective complex was supposed to act as one and strike at any point in the world. And given the US Department of Defense for all unmanned, it can be assumed that all components of the new "family" would have to either become completely unmanned, or have the ability to be piloted by a pilot.

In connection with the growth of the military threat from China, the Pentagon decided to return to the program of creating a new long-range bomber. Gates intends to include funding for this project in the 2012 budget of the year. Now the US Air Force will have to solve a difficult task: not to spend a lot of money, but quickly create a new bomber.

Perhaps the new system will be modular, when all the more advanced systems will be installed in series.

The aircraft will be created on the basis of existing technologies: so the Air Force wants to install already created aircraft engines - among the considered F119 engines from the F-22 Raptor fighter, economical turbofan engines, modified Pratt & Whitney F135 engines, which will be on the F-35 fighters. A consortium of Boeing and Pratt & Whitney has proposed PW9000 engines for the new aircraft, which will be installed on promising American deck drones.

The Pentagon plans that the new bomber will make the first flight in 2016, in 2018-m will be adopted. The aircraft will be a transitional link to the new supersonic aircraft - "2037 Bomber" ("2037 Bomber of the Year"), the development of which has not yet begun. The “2037 Bomber” is to be adopted in the 2037 year and replace the outdated B-52 and B-1, which are scheduled for decommissioning for the 2040 year. 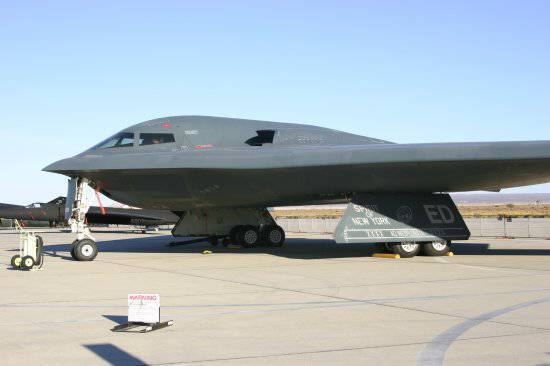