The forerunner of a new generation of Soviet tanks: T-44 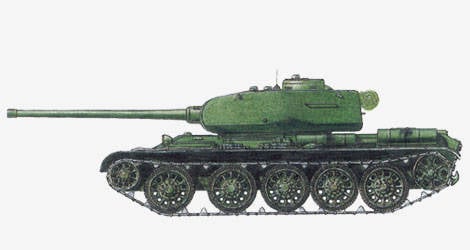 The T-44 was not released in large quantities, as the BT, or T-34, did not go through the whole war. Did not become the main a tank for the army. But still it is a worthy representative of Soviet tank construction.

It was started at the end of 1943, in the Design Bureau of the Ural Tank Plant, under the direction of A. A. Morozov.

T-34M began to develop in the 1940 year, in parallel with the T-34. He was planning to install a more powerful 60 mm frontal armor, 600-strong engine, 8-mi speed gearbox. Chassis with 6-th support 3-me supporting rollers. The engine wanted to be placed across the hull, turning it to 90 degrees, would be able to reduce the length of the car and increase the 76 mm ammunition load to the 100 projectiles (for the T-34 - 77). This tank promised to surpass the T-34 in all respects (booking, firepower, mobility). But in the end, the military command, did not support the innovations of designers, apparently did not want to disperse the forces, focusing on the T-34, and the project turned. The designers were assigned another task - designing the T-43. 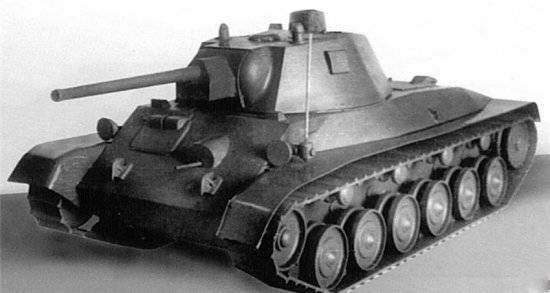 The T-34 tank was modernized several times during the war and reached its ceiling. The Red Army needed a new medium tank class vehicle. The design of the T-34 was completed by June 1943 of the year. The main requirement for him was - maximum protection, with a minimum increase in the mass of the tank.

The hull had a circular 75 mm reservation, the frontal part of the tower - 90 mm (for comparison, the T-34 - 45 mm). But the length of the engine compartment could not be reduced, so the fighting compartment turned out less. In order to provide the crew with more space, for the first time, designers on a medium tank put a torsion bar suspension, smaller than a candlestick, with vertical springs, like on T-34.

The T-43 surpassed the T-34's armor, approached the KV in firepower, but greatly increased the ground pressure, which had a bad effect on mobility and power reserve. Yes, and his design came to the limit. Excluding the possibility of a large modernization. Therefore, when the T-34 was equipped with a 85 mm gun, the need for the T-43 disappeared.

But the experience of its creation did not disappear, for example: its test run in 3 thousand km, clearly showed the correctness of the installation of the torsion bar suspension. It became clear that a fundamentally new car was needed - it was called the T-44. 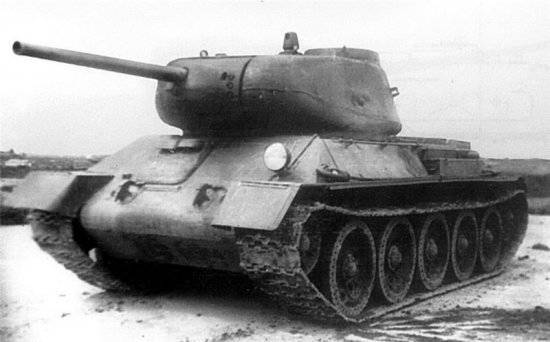 It also used the transverse engine, but a number of new technical innovations, as a result, the design of the T-44 for several decades determined the development of tanks in the USSR.

The height of the MTO was reduced by moving the air cleaner of a new type from the collapse of the cylinders of a V-shaped engine to the board. The B-44 diesel engine was equipped with improved fuel equipment, which made it possible to increase the power from 500 to 520 l. s., with the same cylinder volume as on B-34. In place of the fan, which stood for the dimensions of the crankcase, put a compact flywheel. This allowed the diesel engine to be installed on a low, rigid and light engine. Thus, the height of the case was reduced to 300 mm. The fan shifted in to the stern sheet, this improved the cooling of the transmission units.

Water and oil radiators were placed horizontally (they stood vertically on the T-34), under the lid of the transmission section, in a uniform air flow, so the cooling system became more efficient.

The engine was connected to a new 5-speed gearbox, boost gearbox with a gear ratio of 0,7. The friction clutches and gears were taken from the T-34.

The new MTO scheme allowed the 85-mm turret to be moved (as on the modernized T-34) to the center of the hull, where the crew was less subject to angular oscillations and the gun was not at risk of sinking into the ground. When traveling over rough terrain increased accuracy and shooting.

The frontal hull armor was brought to 120 mm, the driver's hatch was moved to the hull roof, the ball machine of the heading machine gun was removed. And in the vacant space set fuel tank.

T-44 successfully passed all the tests and was adopted by the Red Army.

At the end of the 40-ies, a new tower was developed with the 100 mm D-10T cannon, or LB-1 ("Lawrence Beria", since he was deputy chairman of the State Defense Committee and was in charge of armaments). A turret with a DShK anti-aircraft machine gun was installed on the roof of the loader's hatch, the sides and the undercarriage were covered with 6 mm cumulative screens. This upgrade was named T-44-100.

With the advent of the T-54, the T-44 was not removed from service, in 1961, the engine, powertrain, and undercarriage units were unified with those installed on the T-54. Night vision devices were installed. In 1966, the weapon stabilizer was installed in two planes. He remained in service with the Soviet army until the end of the 70s.

In the fighting did not participate, except for participation in the operation to suppress the insurgency in Hungary in the year 1956. Participated in the shooting of the epic Ozerov "Liberation" - in the role of the German "Tigers"

On the basis of the T-44 produced artillery, tank tractors, engineering vehicles. In total, an 1823 tank of this type was created, the tank was produced up to the 1947 year. 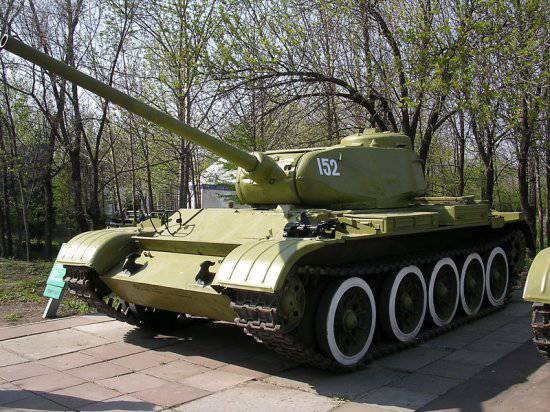 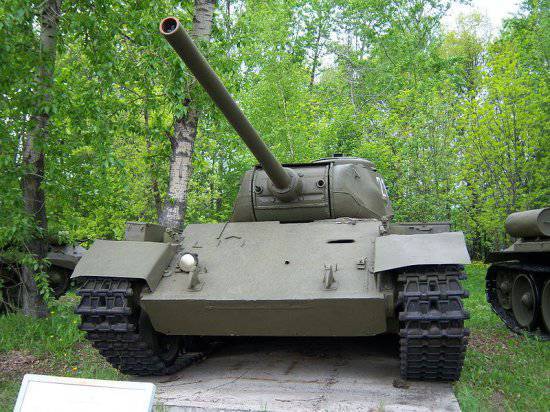 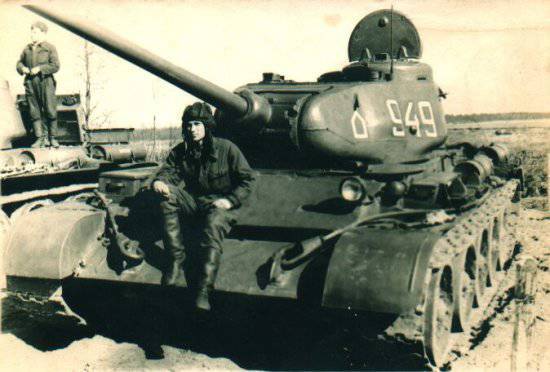 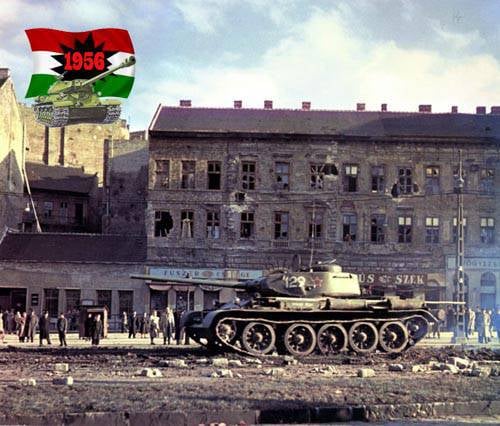