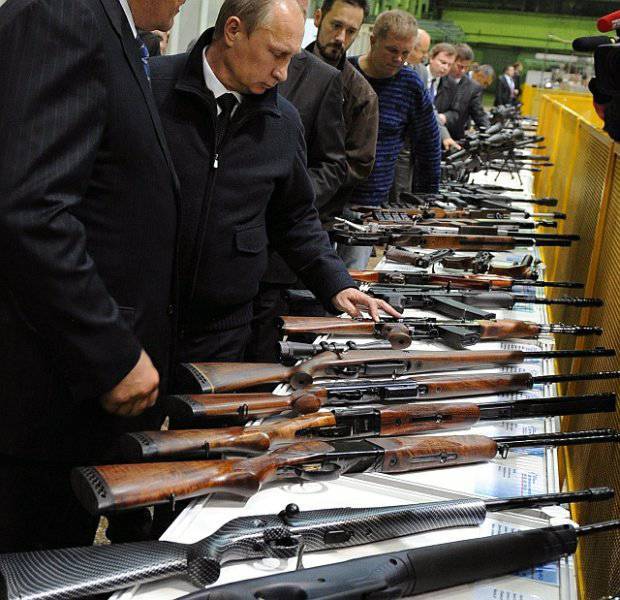 Our neighbors have Deputy Prime Minister Dmitry Rogozin, a journalist by training, and an official responsible for the military-industrial complex and the space industry by occupation. He is an experienced, albeit often overly emotional, diplomat. In January, he, as a child, rejoiced in successful trials of the new nuclear submarine Yuri Dolgoruky. Flotilla Such Borey-class ships equipped with Bulava ballistic missiles should become the main and most formidable element of the Russian nuclear arsenal.

However, over whose heads the military-space deputy prime minister is shocking with a mace, one can guess without explanation. He continues to wage the cold war that has ended, and dreams of detaining the "trains" of the enemy of the second half of the last century. Not only the war with the bourgeoisie, but also the Second World War is alive in his heart. As part of the patriotic advertising of products in his subordination industry, Rogozin moved several days ago from the traditional bureaucratic “Mercedes” to the domestic armored “Tiger” (in the police version). “From the trophy to ours!” Said the deputy prime minister (although the previous car was also bought with money).

The "trains" of the former opponent are symbolically derailed by young Russians. Every time 9 is approaching May, the anniversary of the victory over Nazi Germany, a wave of patriotic enthusiasm rises in the country. St. George's black and orange ribbons are flying on the cars and the words "Thank you grandfather for the victory." And the young owners of very popular German cars here themselves imagine themselves to be the winners of the great Victoria and write in big letters on the rear windows of their Opel, Audi, BMW, Volkswagen and Mercedes cars: “a trophy from Berlin” , "Took from Hans." In the center of Moscow, I once saw a Porsche cayenne, the owner of which was not limited to a short inscription and declared: “It was conquered by fighter pilots. Glory to Stalin's falcons who defeated Hitler's vultures! ”

Through such rear glass “trophies” young Russians look at their army, with which they feel connected, but in which they don’t want to serve at all. For them, it is still great, red, invincible and marching under the red “serpasto-hammer” banner of victory.

It should be recognized that the myth of such an invincible, and at the same time aggressive and dangerous army, is also alive in the West, which perceives any teachings of the Russian armed forces practically as a precursor of invasion.

This myth tried to defeat the unfortunate Minister of Defense Anatoly Serdyukov - the first real civilian in this post. Putin put him in a deliberately unfavorable position, giving the order to turn a smaller Soviet dinosaur (on the scale of 1: 4) into a much more modest modern army, corresponding to the country's capabilities and needs.

Following the order, Serdyukov raised his hand to the shrine, beginning to remake the “invincible” in the Western model, so that she was ready to go off the front tank attack across the European plains to the English Channel, and resolve local conflicts in Central Asia and the Caucasus. He wanted independent brigades to appear instead of divisions operating under the command of commanders of huge fronts. And to make it, as in NATO: modern technology and smartly dressed - comfortable and warm - the military.

Serdyukov dared to say that the products of the domestic defense industry are suitable for parades, but not for battle, and said that if the Russian industry cannot give the army what it needs, it will have to buy weapons abroad. He attempted to remove epaulettes from the officers beckoning enemy snipers, transferring stars from their shoulders to their chests. As in the West. He also forbade the “Suvorov students” (pupils of military schools) to participate in the 9 parades of May, believing that young people should learn, and not take a grand step for eight months a day.

“Funny green men,” as a civilian defense minister downhill called officers and generals who believed in the myth “invincible,” hated their boss. When he left 2012 in the fall from his post, in the Arbat Military District (the Ministry of Defense located not far from Moscow’s New Arbat), they drank and walked until morning.

According to the official version, Serdyukov was left out because of the machinations related to the sale of real estate by the Ministry of Defense, which cost the state billions of dollars. Many associates of the ex-minister were under investigation. However, he himself, although almost a year has passed from the worldwide resignation, no charges have yet been filed. After all, he suffered, rather, not for fraud during the privatization of military property, but became a ritual sacrifice to appease all those who still believe in perfection as "invincible."

Serdyukov’s successor, Sergei Shoigu, is acting rationally: he doesn’t scold aloud the defense system, he doesn’t say that he will buy everything abroad, but he doesn’t break contracts. It allows you to call the brigade divisions, but does not return the former organizational forms. Only symbols have returned: epaulets on a field uniform will again move from chest to shoulders, and Suvorov soldiers will march on May 9 in Red Square, as before.

Meanwhile, the Kremlin already understands that a country cannot contain multimillion-dollar armed forces not only from a financial, but primarily from a demographic point of view. They are not even necessary. In the Russian barracks, according to estimates of the influential expert Ruslan Pukhov, there is now not the mythical "million" about which propaganda blows, but about 800 thousands of people. And the country that is protected by a nuclear shield, this is quite enough where the army can really come in handy, that is, in the Caucasus and Central Asia.