Our mission is not only to save Russia, but also to pass it on to descendants. 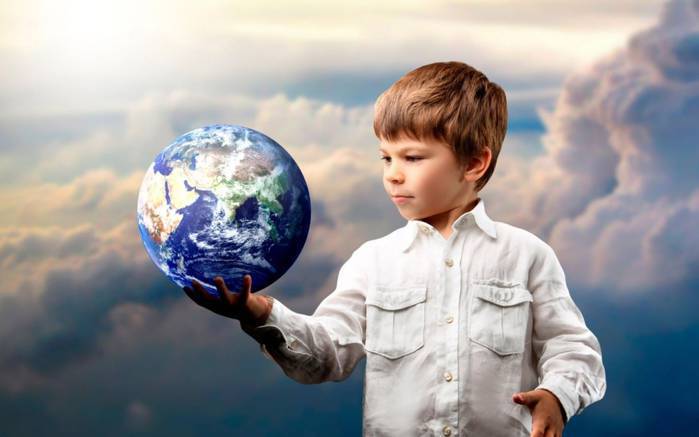 In the next article, the permanent observer of the resource nstarikov.ru, Evgeny Chernyshev, touched a very important and at the same time very sensitive issue.

“For a long time, almost all mass media have been promoting the installation that one should strive for a high standard of living. That it is better to have one child, but give him everything and provide this "highest standard of living." For people who want a lot of children's laughter in their home, liberals have come up with a special term to discourage the desire to have many children - "to produce poverty."

That is, under the sign of good intentions, the subtext is dragged: give birth to as few children as possible. Of course, this conclusion is masked by the wishes of a "high standard of living", but it follows inexorably. I will try to show below why this justification is not a justification, but an ideological diversion aimed at the destruction of a people.

At first glance, everything is quite logical: the more children there are in a family, the less material benefits each person has. But let's think about it.

To determine the average family income, you need to divide the total income by the number of family members. But from here, it immediately follows that there are two ways to improve the financial situation of the family:

2) does not increase the composition of the family (or even reduce, killing his own child in the womb).

So why do we only slip the second way? Worry about not falling into poverty? But for this you can simply increase the family income. No, the first way is deliberately “forgotten”, the emphasis is on the second way - reducing the birth rate. And this is despite the fact that those who are obsessed with money "constantly recommend" him and constantly offer people new ways to earn them. But as it comes to demographics the principle of "earn more" liberals forget completely.

And this already leads to quite definite conclusions.

Secondly, if we are offered not to earn more, but to give birth less, it is clear that whose "Living standards" call for anxiety. About your own skin!

Thirdly, as long as hard way increase in earnings is promoted easy way failure to give birth to children, it means that we are trying to decompose from the inside.

All these conclusions directly flow from the installation "no need to produce poverty."

Of course, in the present conditions it is much easier to say “earn more” than to do. The difficult financial situation of the family is in no way reprehensible, because our salaries still leave much to be desired. But the conscious reluctance of parents (first of all, the head of the family) and to lift a finger to increase earnings, is worthy of at least bewilderment, especially in the presence of young children.

But here, too, do not condemn anyone. Cases are different. Even if the family’s income is small, there is such a way as reducing the parents' expenses on themselves, in order to give the children what they need. And it is here that the essence of the egoistic liberal worldview is manifested. I don’t remember something that the liberals urged parents to cut expenses on themselves in order to increase them on children. Save on yourself? Never! They call for one thing - not to give birth. Like, if the parents are poor, then the children will be very poor. However, it is known that in poor families there are more children (on average) than in rich ones.

Moreover, it is enough to look around to be sure: many of those who complain about their poverty are not at all so poor as not to have children. It is sometimes impossible to get to the houses because of the cars that drive all the yards. The shopping and entertainment centers are full of people. On entertainment entertainment crush. And while many complain about the "difficult life"! Perhaps it is not difficulties, but the fact that you do not want to think about anyone but yourself? Those who do not deny themselves the “small joys of life”, but at the same time justify their lack of childlessness by their unwillingness to “produce misery”, only sign for one thing: their unwillingness to cheat themselves, the beloved. This is selfishness. Hence, the reason is not in the potential poverty of their children, but in their own egoism.

Were our great-grandmothers and great-grandfathers financially richer than us? Did they think first of all about their comfort, assuming it condition for the birth of children? No, they were just spiritually healthier. That is why we (or rather, they!) And mastered the sixth part of the land, intermarried with all indigenous peoples. Our ancestors did not give birth to children out of some conditions, but out of love. Because they could not otherwise. Their life was filled with a higher meaning, and not the consumption of goods, services and entertainment.

Look at Chechnya, in the Caucasus as a whole. Do they live there in luxury? Meanwhile, if the rest of Russia had overcome at least half of the “demographic gap” from the Caucasus, the problem would have been more quickly resolved. Of course, after this other problems will appear, for example, the employment of young people, etc. But fearing wolves is not going to the forest. We are being offered precisely “fear of wolves” and being cowards.

We should follow the example of Dagestanis or Chechens, not in the sense of trying to become Chechens or Avars, not of adopting Caucasian culture or customs. We must take an example in the sense that, looking at the Caucasus, remember our own roots. After all, 100 years ago in our families there were 5-7 children. Yes, today there is an acute problem of housing, which, of course, limits the birth rate. But do two or three children need a mansion? After all, there are still less than two children per woman (1,7 in 2012). Of course, there is growth, and this is good. But he has to go even faster.

The roots lie in the spiritual dimension. After all, the most important reason for the installation of little or childlessness is the unwillingness to part with life “for oneself” and to take responsibility for raising children. After all, it is much easier to lead a carefree life, getting maximum pleasure from life with a minimum of obligations. But such an approach dishonors even marriage, turning it into legalized fornication. Not without reason in the "Foundations of the social concept of the Russian Orthodox Church" http://www.patriarchia.ru/db/text/141422 It is explicitly stated that “deliberately refusing to give birth to children from selfish motives devalues ​​marriage and is an undoubted sin” (Section XII.3).

Russian proverb “love to skate - love and sleigh to carry” contains great wisdom. Do not deny yourself the pleasures - take on yourself and obligations. Enjoying a marriage - where are your children?

What do the apologists of “modern values” call for, all these “progressive” activists? They just want to "ride", "sleigh to haul" them reluctance. But if we just ride all the time, and we do not carry the sleigh, it means one thing: we are rolling down! Of course, all the fake “human rights activists” will take up this conclusion. However, you can give another example.

When we eat food, our goal is to satiate the body, i.e. satisfy the feeling of hunger. The pleasure that we get while enjoying the taste of food is optional and not at all obligatory, because you can eat very simple food. Imagine now that we only want to enjoy the taste, going to chips, chocolate and the most exquisite wines. What will happen to us? We wither and die. Our body will not survive. But why then the same can be done in marriage, enjoying the pleasures, but not joining the family? As in the case of food, the body declines, so in the case of marital relations, the soul declines. Is there a way out? It is very simple: you love to ride - love and sleigh to carry.

Our main wealth is people. What is the point of "living standards" if the number of its owners decreases? What is the use of all temporary acquisitions, if they are followed by rapid losses? Why do we need all this if, in decades, someone else speaks in our land?

Being aware of all this, we must be strengthened in our own responsibility. Our great mission is not only to save Russia, but also to transfer it to our descendants. And for this, they must first be. Such is our duty before God and the Fatherland! "

Ctrl Enter
Noticed a mistake Highlight text and press. Ctrl + Enter
We are
Do not need to produce poverty?About Stalin and Khrushchev
41 comment
Information
Dear reader, to leave comments on the publication, you must to register.