In the upcoming 4-year period, sales of new MBTs will be more than 1,5 thousand units. worth 9 billion dollars 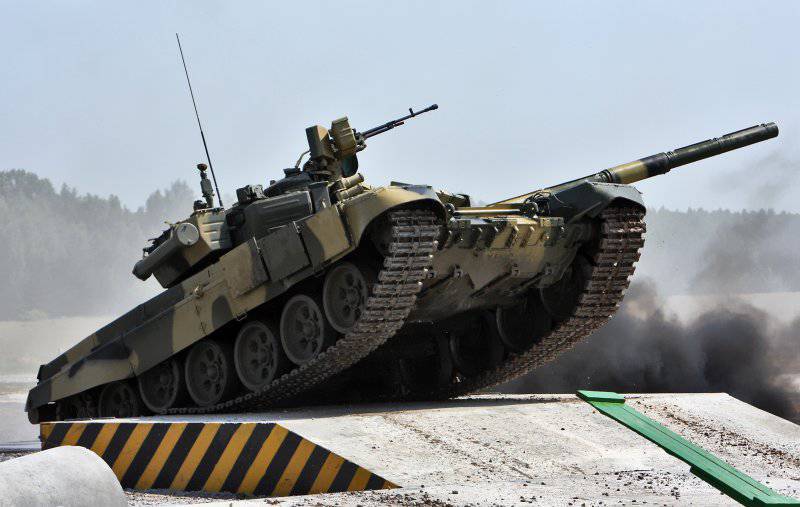 By the IX International Exhibition of Armament, Military Equipment and Ammunition RAE-2013, which will be held from 25 to 28 in September in Nizhny Tagil, TSAMTO publishes statistics on the global export of new MBT to 2009-2012. and forecast for the period 2013-2016.


To the groupTanks"Includes all currently manufactured armored vehicles of this class. The division into "medium" and "heavy" tanks TSAMTO considers inappropriate, since weight and size characteristics are currently not decisive in assessing their combat capabilities.

According to TSAMTO, in the upcoming 4-year period (2013-2016) the sales of new main battle tanks (MBT) will be 1552 units. in the amount of 8,98 billion dollars in the case of meeting delivery schedules for current contracts, stated intentions and tenders.

According to TSAMTO, the “new” category includes deliveries of new tanks worth at least 2 million dollars, licensed programs, as well as deliveries of MBTs from the Armed Forces of exporting countries upgraded to practically new cars with an extended service life, the price of which at the time of delivery is more than 50% of the cost of a new tank of the same type for the same period of time.

In the rating below, exporting countries are ranked by the number of delivered and planned for delivery of MBT. A number of countries have orders with a deadline outside the period under review (2017 year and beyond). This analysis takes into account only those shipments (including those under long-term contracts) that are planned for the period up to and including 2016.

Top in the ranking of suppliers of new MBT by quantity, with a large margin from the competitors, Russia is ranked.

The calculation for the period up to 2016 was made with the condition that the program with India on licensed production of MBT T-90С after completion of the assembly of the first batch to 300 machines (from 1000 MBT T-90С, provided for by the license agreement) in 2013 and then will be continued ( it is possible that this program will be modified in connection with the proposal of India for a modernized version of MBT T-90MS).

For reference: The Indian Ministry of Defense 13 September approved several weapons procurement programs, the total cost of which is about 150 billion rupees (2,37 billion dollars). In addition, the purchase of 236 MBT T-90 was approved.

It is assumed that X-NUMX T-236 tanks costing about 90 billion rupees (60 million dollars) will be built in India at the heavy engineering factory HVF (Heavy Vehicle Factory) in the city of Avadi under a license agreement. In 948 and 2001 Russia and India have signed contracts for the supply of 2007 MBT T-657 with a total value of 90 billion rupees. The HVF plant subsequently began producing these tanks under license. The license agreement provided for the production of a total of 85,25 MBT T-1000. So far, under the license agreement, the production of the first batch of 90 machines has been approved. This number is now increased to 300 units. The type 536 of the new MBT T-236, which will be produced at the plant in Avadi, is not reported. Earlier, Russia offered India as one of the options for continuing the implementation of the license agreement of the upgraded T-90MS MBT.

Fourth place in the ranking is China (112 tanks in the amount of 354,4 million dollars). Beijing entered the global MBT market through a joint MBT-2000 tank project with Pakistan, which was also supplied to Bangladesh, Morocco and Myanmar. The exact number of MBT that Pakistan will purchase in the near future is unknown (it was previously reported that it intends to manufacture 300 tanks under a license). In 2009-2012 China exported 112 tanks worth 354,4 million. On 2013-2016 China has no orders yet (due to the lack of official data, the licensing program with Pakistan to continue the production of MBT MBT-2000 has not yet been credited to China for the period 2013-2016).

Sixth place with the delivery of Malaysia MBT PT-91M "Tvardy" takes Poland (27 units in the amount of 207 million dollars).

Seventh place with the start of serial production in 2016, the license for the new main battle tank K-2 in Turkey is occupied by the Republic of Korea (about 15 vehicles with a license share of about 24 million dollars for this batch).

In the category of "tender", the results of which have not yet been summarized, in the period under review (2013-2016) the volume of deliveries, in case of compliance with the stated schedules, is expected in the amount of 50 units. worth about 200 million dollars, which will not affect the position in the ranking of the world's leading exporters of MBT.

More detailed material is published in open access on the TSAMTO website in the “Arms Exhibition” section.

Ctrl Enter
Noticed oshЫbku Highlight text and press. Ctrl + Enter
We are
Russia firmly occupies a place in the global arms market 2 and will maintain its position in the foreseeable future.Armored Vehicles Market in the Middle East in 2005-2012 and forecast for 2013-2016
Military Reviewin Yandex News
Military Reviewin Google News
53 comments
Information
Dear reader, to leave comments on the publication, you must sign in.