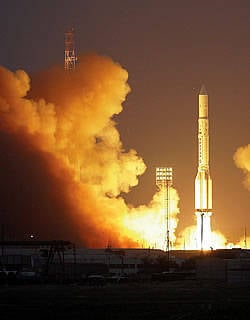 
At past meetings of the government of the Russian Federation (MIC 32, 35), the cause of the Proton-M launch vehicle crash was the incorrect installation of the angular velocity sensors in one of the control system channels. What final decisions are made? On September 13, this was discussed at a meeting of the Military Industrial Commission under the leadership of Deputy Prime Minister Dmitry Rogozin.

As Dmitry Rogozin noted, after the incident Roscosmos was charged with:

1. Ensure the work of the Interdepartmental Emergency Commission and a group of independent experts to determine the possible causes of premature lifting of the rocket from the launch device.

2. To take urgent measures to finalize the technological and design documentation for installation on the launch vehicle of sensors of angular velocity, as well as when performing similar highly important operations.

3. Investigate and submit to the government a list of those responsible for the accident that took place on July 2 of the year 2013.

4. Report on the timing of the resumption of launches of Proton-M launch vehicles.

Prior to October 1, Roskosmos is also obliged to work with the Ministry of Defense to work out proposals for restoring the required staff of military acceptance specialists at the enterprises of the industry to monitor the quality of the equipment produced.

From the report submitted by Roscosmos, it follows that the agency, together with the Ministry of Defense, adopted a number of organizational and technical measures with the aim of excluding such accidents in the future. The reasons for the premature separation of the missile from the launch equipment were also thoroughly investigated. In this regard, 9 September decided to consider the work of the interdepartmental commission completed and resume launches of the Proton-M launch vehicle. Roscosmos informed the Kazakh side about this.

The head of Roscosmos, Vladimir Popovkin, said that the incorrect installation of sensors was repeatedly confirmed during the study. To prevent this from happening again, Roskosmos together with the Khrunichev State Research and Production Space Center developed a detailed work plan for the prevention of rocket and space technology accidents. It has three components.

The first is technical measures that include resizing the base of the angular velocity sensors. From now on, they will have a different shape, which will not allow them to physically be set, even turning them by 180 degrees. Moreover, this operation is returned to the category of the most responsible and will be accompanied not only by the master, the controller, but also the military mission. The State Research and Production Space Center named after MV Khrunichev together with the FSUE “NPTSAP named after academician N. A. Pilyugin” has developed a flow chart, in accordance with which such products are now installed. In addition, the entire stock of missiles was re-checked both at the Baikonur cosmodrome and at the plant.

The second is organizational measures. Previously, the installation of sensors and similar devices, both in the manufacture of the second stage and on the already assembled rocket, was allowed. Now it is strictly determined where and at what stage the sensors should be placed. This operation will also be insured by technical means of control.

Interestingly, for each launch vehicle that is assembled under government programs, special directors for rocket tracking will now be created, the same as those generated by commercial launches. It certainly improved the quality of all operations. And now such directorates will become mandatory for launching missiles according to state programs. And the customers (Roskosmos, RSC Energia, and others) will exercise supervision and end-to-end control of the assembly and preparation of the rocket for launch.

“Until we receive a report on the implementation of this whole set of measures, until we are sure that it has been completed, no decision will be taken to launch irreversible operations with the next carrier rocket, which should be launched by Roscosmos,” Vladimir Popovkin stated categorically at the meeting .

A number of measures taken at the stages of assembly of products. For this purpose, additional studies were conducted, in particular, the defective assembly was disassembled and sent to St. Petersburg, where it was made. The most probable cause of the system failure has been established (except for the incorrect installation of angular velocity sensors) - an early threshold of the electropneumatic valve. This was due to the not quite accurate adjustment of the valve actuator during the pre-launch preparation period, wear of the drive mechanisms, as a result of which it became more sensitive to vibration.

These findings were confirmed when conducting the experiment on a different launcher (No. 39). Tests have shown that the identified deficiencies in the 39-th installation does not apply. It was decided to start a new assembly, and then conduct a comprehensive test.

The entire cyclogram of the missile launch at the very initial stage was also analyzed. It has been established that the control system of the Proton-M launch vehicle absolutely correctly responded to deviations from the norm. After the engines went into service, she began to make the necessary changes to the rocket flight. And if it were not for the angular velocity sensors, the rocket would nevertheless regularly bring the head unit to a given orbit.

The Roskosmos was greatly assisted by an independent expert commission headed by the head of the expert group, Yuri Koptev. She confirmed the reasons that were set out by the emergency committee, which is important. At the same time, independent experts were able to take a broader look at the problem, to draw conclusions and recommendations not only regarding the Proton-M launch vehicle, but also the technology for manufacturing, controlling and producing the entire rocket and space technology.

Based on the acts of the interdepartmental commission and the plan for the implementation of measures, Roskosmos together with the Ministry of Defense and the state commission decided: to complete the work of the emergency commission.

As for the third point of the Work Plan for the prevention of accidents of rocket and space technology, it includes the personnel component. About her at a meeting of the Military-Industrial Commission under the Government of the Russian Federation was spoken without the presence of media representatives. But, I think, in the near future about all personnel decisions and changes in the space industry will be known.

Ctrl Enter
Noticed oshЫbku Highlight text and press. Ctrl + Enter
We are
The crash of the carrier rocket "Proton-M"Rogozin visited Nizhny Tagil, shot from a tank and a gun
54 comments
Information
Dear reader, to leave comments on the publication, you must to register.