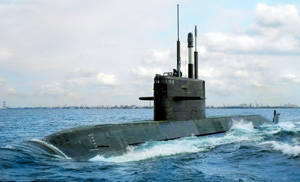 This number of diesel-electric submarines (DEPL) of projects 636.3 and 677 is planned to be included in the Naval fleet Russian Federation in the next few years. At the same time, three boats will go to the Black Sea, and two to the Northern Fleet.

Ctrl Enter
Noticed oshЫbku Highlight text and press. Ctrl + Enter
We are
The action “Military service under the contract is your choice!” In Rostov-on-Don: future contract servicemen, exhibitions and “Russian Knights”Five new non-nuclear submarines are planned to be incorporated into the Russian Navy in 2015-2017
Military Reviewin Yandex News
Military Reviewin Google News
22 comments
Information
Dear reader, to leave comments on the publication, you must to register.