Smart "Wolf" is being tested 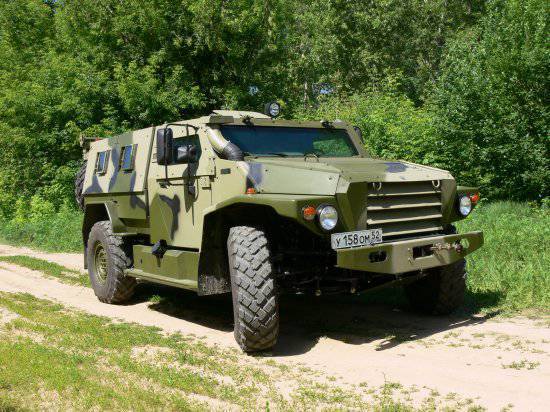 At the test site near Nizhny Novgorod, the “Wolf” is being tested. This name received a new armored vehicle for the Russian army. In addition to the awesome name of the new armored vehicle endowed with "intelligence" and a unique system of mine protection.

This is what A. Kolchugin, the lead designer of the Wolf series, told about his offspring: "Depending on the configuration, a new armored vehicle may have a general-purpose or special purpose: for various special forces needs, for sabotage operations. On the Wolf, you can install heavy rifle and light artillery weapons ".

The “wolf” has a high off-road capability, the vehicle's ground clearance can vary from 25, see to 55, see, depending on road conditions, a special system allows you to adjust the ground clearance. Due to this, the machine can overcome fords and snow drifts up to a meter high. Also, the new armored car is equipped with an on-board computer that monitors the status and operation of all systems and in some cases can even block the actions of an inept driver.

The wolf has several types of swap bodies and two types of cabs, armored and conventional.

The armored cabin is protected by two layers of armor: ceramic outside and steel inside. According to the developers of the car body of the car can not damage even a shot at close range of a sniper rifle. 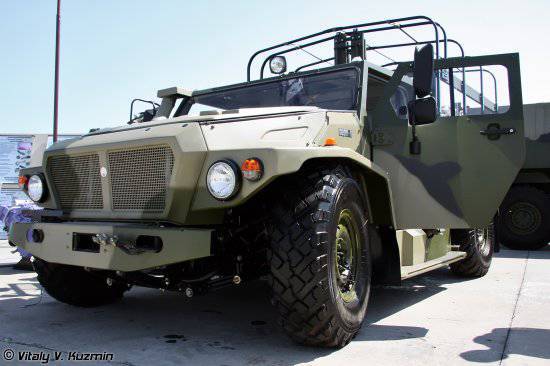 Another key feature of the Wolf is the presence of a new mine protection system. The bottom of the armored car is closed by an armor sheet and has a special architecture that allows you to divert the blast wave. Special seats are attached to the ceiling and the walls of the module and in the event of an explosion, the impact on the crew is not transmitted.

Now the Wolf is in active series of tests. According to the designers, the Ministry of Defense of the Russian Federation will submit the machine during 2011. At the same time, the issue of supplying a new armored car to the troops will be decided.