Will Sweden and Finland join NATO? 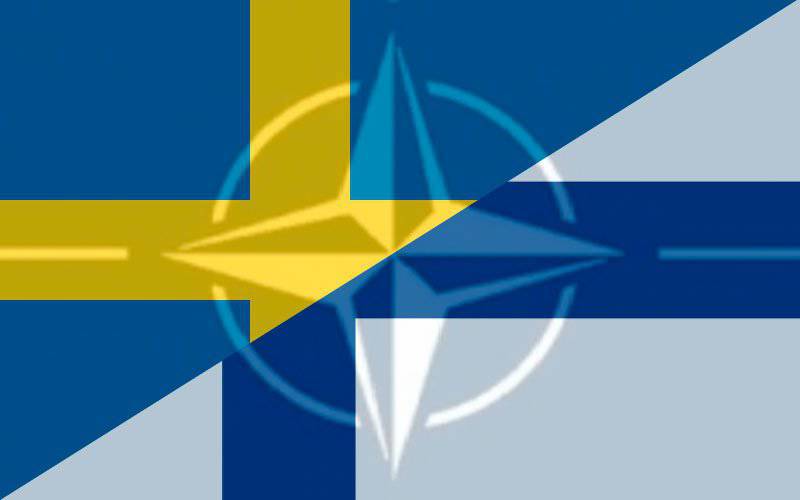 For several years now, the question of Finland and Sweden joining NATO has been haunting politicians and the military of many countries.

Finnish cooperation with the North Atlantic bloc is becoming closer every year. The Finnish army has repeatedly taken part in NATO exercises. The Finnish servicemen were part of a NATO military presence in Afghanistan.

Practically in all Finnish political parties there are supporters of the country's entry into NATO. The main supporters of this idea are the President of Finland Saule Niiniste and the former head of the Ministry of Foreign Affairs Alexander Stubba. The information service of the National Defense Commission of Finland constantly conducts sociological polls in order to find out the opinion of the population about the prospects for the country's entry into NATO.

At the same time, it should be noted that, despite the efforts of supporters of "atlantists" in the country's leadership, 70% of Finns do not agree with the entry of their state into any military bloc.

The head of Finnish diplomacy, Erkki Tuomioya, as a true official, gave a dual assessment of the plans for Finland’s membership in NATO: “As recorded in the government’s program, Finland is not a member of the military alliance, but it cooperates with NATO and retains the possibility of applying for membership in it”. In order to maintain good relations with the United States and NATO, the Finns decided to purchase air-to-surface cruise missiles in the States for 145 million euros, 70 tactical missiles, and additional equipment worth $ 132 million.

It cannot be said that the “naive” Finns do not see what threatens them to join one of the aggressive military blocs of the world. After all, if such a decision is made, the borders of the country, in a matter of months, will acquire defensive components of the American missile defense system and offensive military equipment. And these clearly unfriendly actions will certainly create tension between Finland and Russia. It is possible that Finland’s accession to NATO will lead to a change in the global geopolitical situation in the entire region.

A reasonable question arises - why should the Finns of NATO, for they have already lived without it for a long time?

First, the population of Finland is small (only five million people), although the country is the fifth largest in Europe by the size of its territory. It is known that the Finns put the security of their country first, and they are ready to lose some of their sovereignty in favor of a strong defender.

Secondly, the Finns expect that by joining NATO they will increase their status and become significant, influencing the decision-making of the largest military-political European bloc, because any member of the North Atlantic alliance can block the actions of the military-political colossus.

But if the Finns fear for their safety, then where, in their opinion, does the threat come from? According to the residents of Finland, the first threat is terrorism. But the second is Russia's imperial ambitions. But the fact that polls show an annual decrease in the number of Finnish citizens who believe that the Russians will attack their country - and today the “atlantists” in an absolute minority - is encouraging.

Finland positions itself as a neutral country. Experts say that joining NATO will inevitably turn it into a testing ground for the deployment of military facilities of other NATO member states. At the same time, this action has another one - the economic side. After all, the deployment of US military bases on the territory of other countries is well paid by the United States, and the Finnish economy also suffers from the global crisis that has affected almost all countries of the world. However, the Finns have long been involved in all the military operations of the alliance, so the neutrality of the country can no longer be said. As the events of recent years show, Finland really wants to participate in the formation of global politics, and the entrance door to this "magic world" for the Finns is NATO.

Currently, more than two thirds of the EU countries are members of the North Atlantic Alliance. In reality, Finland’s entry into NATO would not affect the current level of EU pressure on Russia.

Experts predict that if Finland, having joined NATO, still refrains from deploying foreign military bases on its territory, relations with Russia will most likely remain the same - cooperation and good neighborliness. But in the event that an American military contingent appears in Finland, it will be regarded by Russia as a direct military threat.

Flirting with NATO, in Suomi, they are very interested in visiting their country by tourists from Russia and preserving good-neighborly and mutually beneficial relations with their eastern neighbor.

From the foregoing, we can assume the following version of further events - Finland is likely to join the alliance, but will not deploy strategic weapons and large military allied forces on its territory.

The situation is similar in neighboring Sweden.

The Kingdom of Sweden has two hundred years neutrality. Sweden has the most powerful army among neutral states. Every year five thousand recruits join the country's army. If necessary, the Swedish Defense Ministry can mobilize up to 60 thousands of people. Swedish civil society has long put forward the requirement to cancel the call. In this situation, the country's leadership is thinking about joining NATO or another military alliance.

A long stay of Sweden in a state of neutrality left an imprint on the country's military doctrine. During the years of the USSR, the Swedish military doctrine was based on a defensive strategy and the defense of the country from the "Soviet threat". At that time, Sweden could have set up a million-strong army, and this was taken into account by NATO strategists in their plans. They are quite satisfied with Sweden, as a shield of the Scandinavian bridgehead and an ally of the North Atlantic bloc. Swedish army has weapon and equipment of their own production, and the Swedish JAS 39 Grifen fighters are even exported to countries such as the Czech Republic, Hungary and Norway. The soldiers of the Swedish army are armed with assault rifles Ak 5 and Ak 4, produced at Swedish enterprises. Tank parts are also provided with products of the local military-industrial complex - tanks Strv 121 and Strv 122. Sweden itself builds ships for its Navy, including Visby-class corvettes and submarines. The quality of the equipment is such that the United States rented diesel-electric submarines from Sweden, as American manufacturers could not offer the American Navy modern models of diesel submarines.

In the 90s, the issue of Sweden joining NATO was openly discussed. In 1994, Sweden participated in the NATO Partnership for Peace program and this was the first and significant step of the Swedish kingdom towards the North Atlantic alliance. Sweden was confident that in the event of a military conflict, NATO would come to the rescue, but increasingly Swedish-government officials began to talk about the need for the country to join NATO. In connection with the NATO aggression in Iraq, the Swedish public did not support the initiative of the "atlantists" - no one was pleased with the prospect of being in the Iraqi theater of military operations. In Sweden, the social movement was expanding, acting under the slogan “NATO, get out of Sweden!”. A public opinion poll showed that most Swedes oppose the kingdom’s entry into NATO. But, despite the opinions of the citizens of their country, the Swedish army actively cooperates with NATO, participating in numerous military exercises and joint operations with NATO members in Yugoslavia and Afghanistan.

The issue of Sweden joining NATO also has an economic side. Even as small as a Swedish army requires annual funding of $ 7 billion, which is 1,7% of GDP. The Swedes are not averse to shifting to the shoulders of the Allies at least some of these costs. Therefore, cooperation with NATO, the Swedes will continue. At the same time, Sweden will take all measures to increase its role in the military structure of the European Union and will try to become the leader of the Northern fighting group.

It is also necessary to note the fact that the governments of both countries in the matter of joining military blocs are bound hand in hand by constitution. The holding of referendums, at the present time, does not make sense, since the majority of citizens of these countries are against their countries joining NATO. The issue of financing is also not so simple - NATO membership will require an increase in the military budget from Sweden and Finland, which these countries are not ready for at the moment.

Ctrl Enter
Noticed oshЫbku Highlight text and press. Ctrl + Enter
We are
Finland and Sweden: who will last more than a week against Russia?10 countries that refused military conscription for the last 5 years
Military Reviewin Yandex News
Military Reviewin Google News
14 comments
Information
Dear reader, to leave comments on the publication, you must to register.